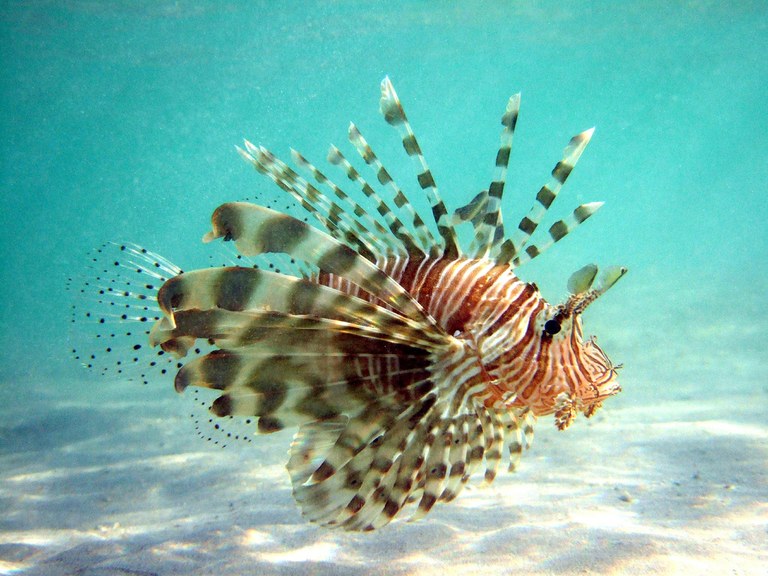 
At its height in 2006, Jamaica reported up to 260 lionfish per hectare – a situation that was significantly threatening the animals which lionfish feed on: shrimp, smaller fish, crabs, and other crustaceans. It also threatened the local fishermen as lionfish spines are poisonous and the reduction in marine fish numbers it reduced their livelihood and the island’s fish exports.

Finally, through targeted efforts, marine biologists are reporting lionfish numbers are lower in key areas, some of which are down to as low as 80 lionfish per hectare.

“In-water monitoring has shown a reduction in the numbers of lionfish at key locations around the island. We have also seen good results from the catch data from the fishermen, as they have reported a reduction in the lionfish catch,” said Dr Dayne Buddo of the University of the West Indies’ Discovery Bay Marine Lab (UWI-DBML). …

“Removing 20 lionfish on a single dive equates to saving approximately 300,000 juvenile fish over a one-year period,” he remarked, pointing out that one lionfish is capable of eating 20 juvenile fish in one feeding event, and they normally feed twice per day.

Biologists state the significant reduction in lionfish numbers is a direct result of education programs teaching locals about the lionfish and also encouraging them to catch, sell, and eat lionfish.

Below is a sample video showing just how severe the lionfish problem is in areas: