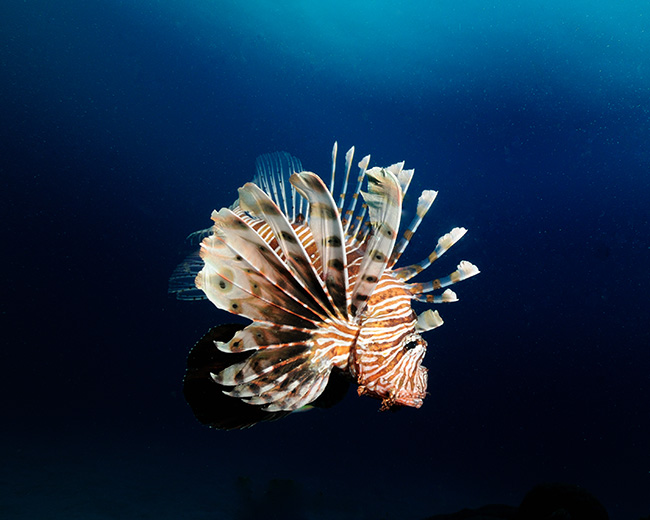 Common Lionfish in the Indo-Pacific

I put a few posts up recently about lionfish but this is the last one I’ll share, I promise, but it’s an interesting subject that causes a lot of discussion and might find a few respondents out there?

I quite like the scientific word for stings, envenomation. It sounds more impressive than ‘getting stung’. I have never met anyone who has been envenomed (if that is actually a word), but maybe readers of this post have and might share? 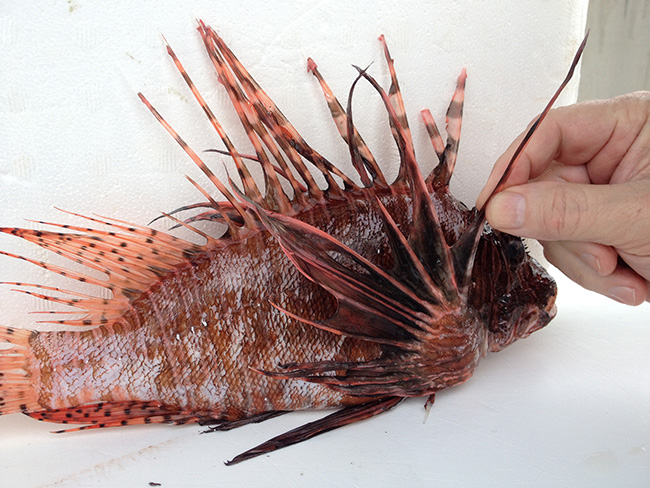 Lionfish venom is delivered via the dorsal, anal and pelvic spines (up to 18 venom delivering spines, depending on species), which partly explains why these fish in the wild always orientate themselves towards you, with their defensive weapons pointed in your direction. I should note that the spines are not used in the prey capture process, though the pectoral fins are used on occasion to corral prey towards the mouth to a certain extent.  The actual method of venom transfer/delivery varies between species within the Pterois (Greek for wing fin) genus, and of course the wider Scorpionfish family. Some species have spines with ducts running along them that allow venom to transfer from glands at the spine’s base, others have pairs of glands at the base of the spine. The mechanism is activated via the pressure caused when the spine pierces the skin, causing the sheath of flesh around it to move downwards.

Lionfish venom is not the most toxic in the Scorpaenidae family and is quickly denatured by heat. Heat disrupts the molecular structure of the proteins in the venom, rendering it increasingly less harmful as the heat treatment continues. This not only reduces the direct pain of the event, but prevents venom from travelling around the body. Basic advice is to heat the stung area as quickly as possible, normally by putting the affected area in water that is as warm as possible without causing further damage – scalds can be worse than stings – until the pain abates, usually for 30-90 minutes. A hair dryer is another option to increase temperatures near the sting site. Usually that’s all that is required, but it’s always wise to seek medical advice as some rare cases may present with complications, so any victim should be monitored to be doubly sure. The pain usually passes entirely after 24 hours and has been described as ‘excruciating’ by some sources, though it seems it depends upon the amount of venom injected. Symptoms such as dizziness have been reported, as well as blistering, swelling and even temporary paralysis of the affected area. 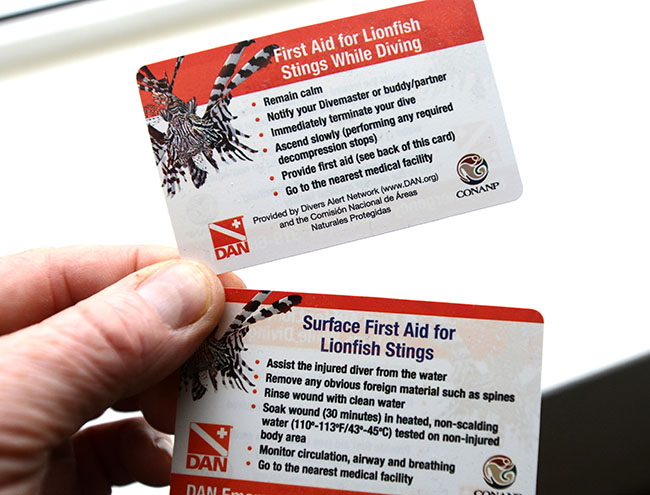 The advice for stonefish stings is slightly different; heat seems not to be as effective in every case and an anti-venin may be required, some sources suggest vinegar can help. Most stings are caused by people walking through the shallows and stepping on the fish. The sting site from stonefish stings can, according to some sources, become easily infected, and may take a long time to fully heal, so antiseptic cream can be valuable.

If anyone has been stung, please share your experience.