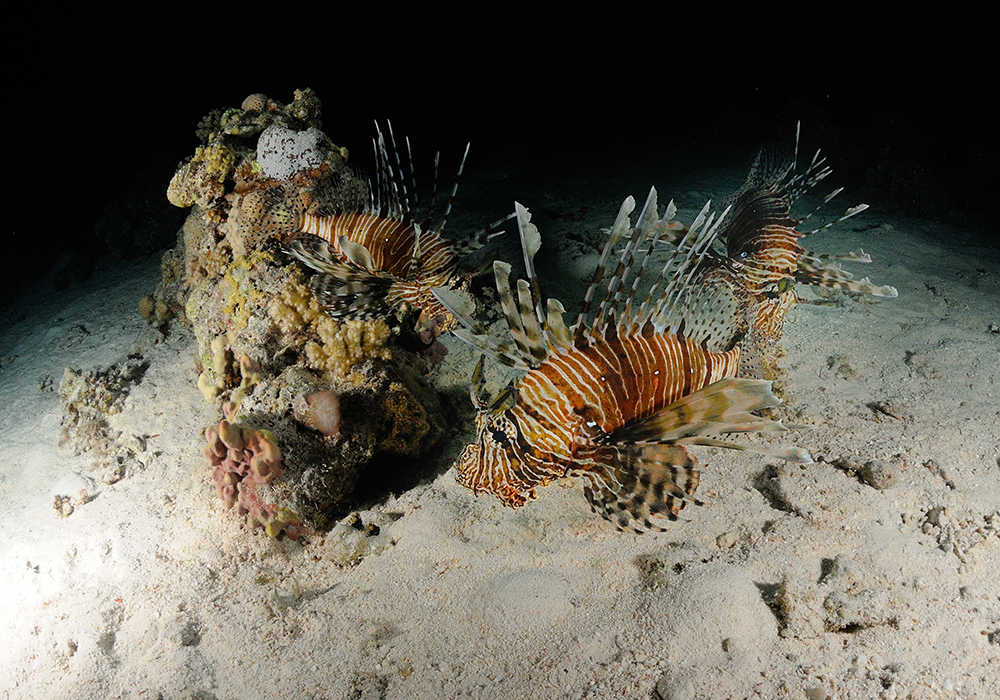 I’ve had the privilege of diving with a huge range of predators, from sharks to cone shells, but time after time, the Lionfishes still impress me, especially at night. 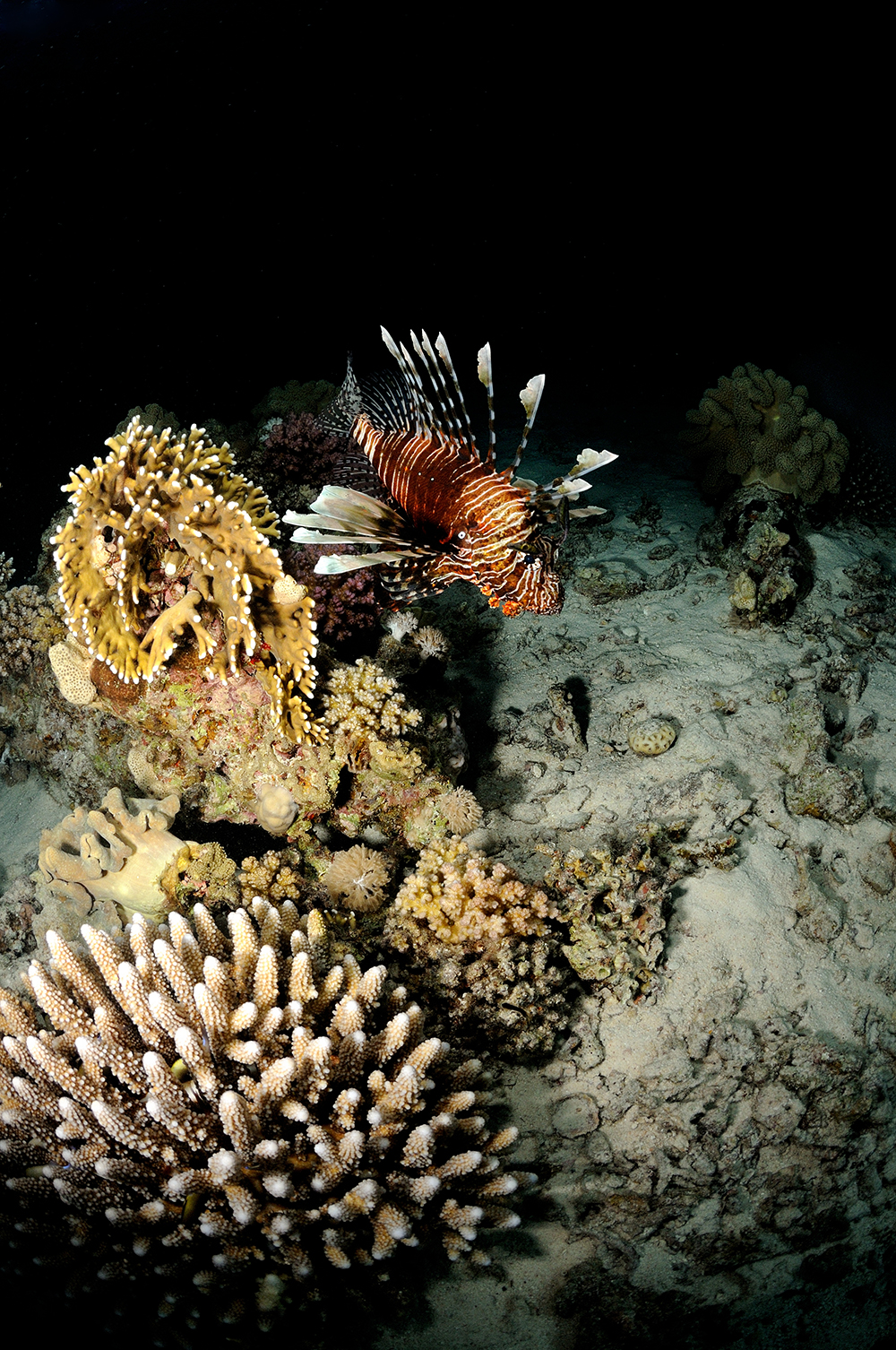 These two pictures were taken in the Red Sea, not long after sunset.  The fish appeared very quickly and were happy to follow me around, no doubt due to the location being a popular overnight mooring and night dive site.

The fish have learned that divers carry bright torches which dazzle and confuse other fish, making them far more easy to approach and consume.  Some divers find this amusing and will keep their torches on a fish to enjoy watching the lionfish feed.  Personally, it’s not for me, but given the ubiquity of the lionfish in its native range, (this is Pterois miles), I don’t think it makes a difference ecologically.

A little more wary of divers, but still not too hard to approach, are Bluespotted ribbontail rays (Taeniura lymma).  These are amazing fish that are sadly now classed as Near Threatened by the IUCN.  In the Red Sea, they are still fairly plentiful, and as I took the photos of the Lionfish, I noticed a ray hunting for crustaceans in the sand. 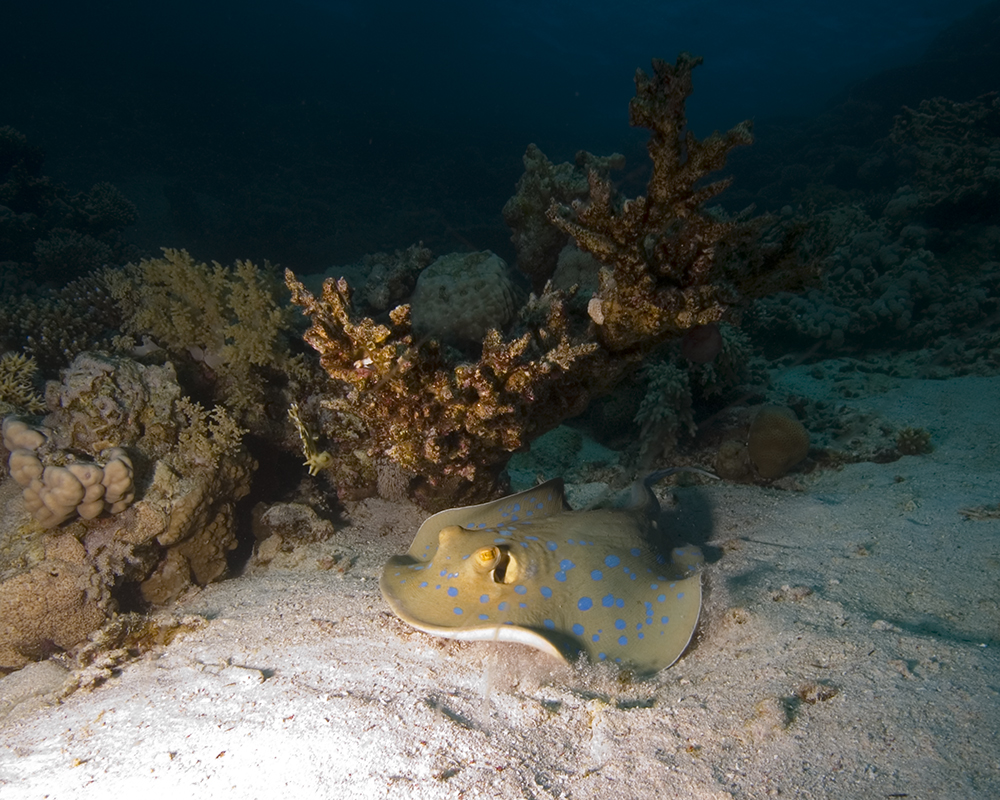