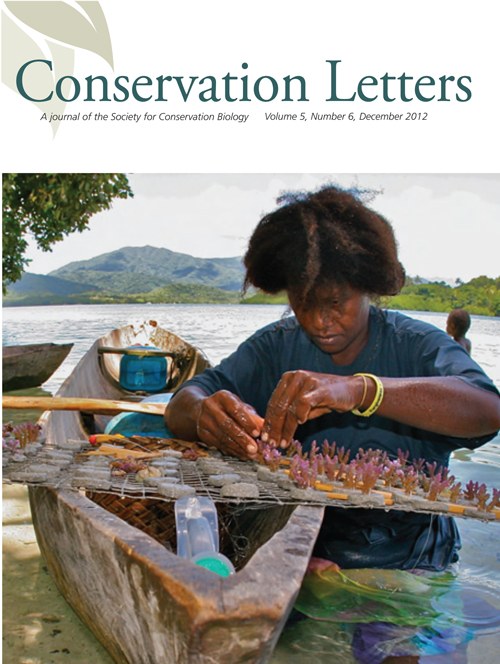 In a remote area on Guadelcanal in the Solomon Islands, the women of Marau Sound have been growing corals for the marine aquarium trade for nearly two decades.


Are you Interested in data about how our hobby impacts the worlds reefs and associated communities? Today a thought-provoking paper published in the journal Conservation Letters about our hobby. The article titled “Long-term trends of coral imports into the United States indicate future opportunities for ecosystem and societal benefits,” by Dr. Andrew Rhyne digs deeply into coral import data and highlights specific trends, market segments, and long-term sustainability considerations for both source countries and associated reefs. The data in this article is compiled from a massive amount of CITES trade data from 1990 to 2010 using the World Conservation Monitoring Center database and gives a very in-depth view of how our hobby has changed over the course of 21 years and it’s social and economic impacts on our world.

In past blog posts, we have also reported on trade data discussing coral, fish, plants, live rock, and live sand volumes in addition to digging into the numbers of different fish species imported as well, which in conjunction with this article, provides a lot of data for proper debate on the subject.  This article could also lend support for PIJAC as it seeks help in defending the aquarium trade.

This study also published on the heels of the NOAA proposing the addition of 66 corals for endangered and threatened listing, which could in effect directly impact communities that depend on the marine aquarium trade for their livelihood as this paper highlights.

Unfortunately the article is not open access; however I will list a number of highlights from the article which will hopefully start the discussion rolling:

If one queries the CITES database for Acropora spp. corals exported from INDO for 2010-2011, an even more startling trend is observed with respect to wild vs. maricultured corals. Wild corals accounts for only 15% of the exports whereas maricultured accounts for 85%!

Acropora exports from INDO for 2010-2011 from the CITES trade database. Note the large difference in wild harvested vs. maricultured coral!

Number (individual items unless otherwise indicated) of corals imported into the United States over the past 21 years by trade type (top) for live species grouping (middle) and by% composition (bottom).

Top six genera of stony corals imported as “live,” in individual units, for trade into the United States over the past 21 years.

All things considered, environmental “stressors including global climate change, unsustainable global market demand (e.g., shark fin, Napoleon wrasse, Chinese traditional medicine), development of coastal and aquatic resources, … and commercial overfishing” are likely much more damaging to coral reefs than aquarium collection. Hopefully armed with this new data we can move forward with a better understanding of how we as a society can work together in a more responsible, sustainable manner, for coral reefs and their associated societies.