The shallow marine waters around New Guinea just got a little more diverse with the recent description of a new goby. The piscine in question is a small, yellow-brown (nay, fulvous) fish from the unfamiliar genus Lubricogobius. If that name doesn’t ring any bells, you’re not alone. These are seldom seen in the aquarium industry.

A mated pair guarding their eggs in a bivalve shell. Both specimens are under 10mm! Credit: Gerry Allen

The reason for their scarcity relates to the silty environs which they favor. These vast muddy plains are clouded by strong currents, creating conditions anathema to the hermatypic corals popular amongst aquarists. A helpless little goby wouldn’t last long out in this habitat without a good place to hide, and these comical fishes have a peculiar and endearing habit of occupying whatever rubbish they happen upon, most often discarded soda cans and beer bottles. In fact, it’s not far-fetched to believe that this may be a fish which has directly benefited from our tendency to despoil every inch of the ocean with refuse. As the saying goes, one man’s empty beer bottle is another fish’s treasure.

In the latest edition of the Journal of the Ocean Science Foundation, Dr. Gerry Allen—perhaps the most prolific active taxonomist when it comes to tropical marine fishes—has described the ugly duckling in the genus. Lubricogobius nanus is more or less identical to its prettier yellow congeners, differing most noticeably by its tawny coloration and smaller size (“nanus” being of the same Greek etymological origins as “nano”, meaning “dwarf”). The head also bears a rather unique spotted patternation, and there are the usual minutiae of differing fin ray counts and cephalic pore arrangements that only the most pedantic of goby researchers gets excited for. 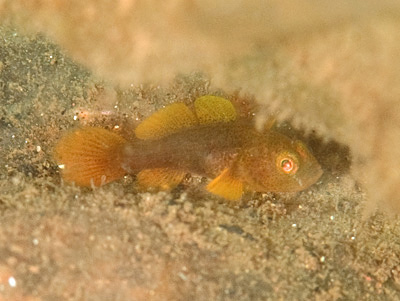 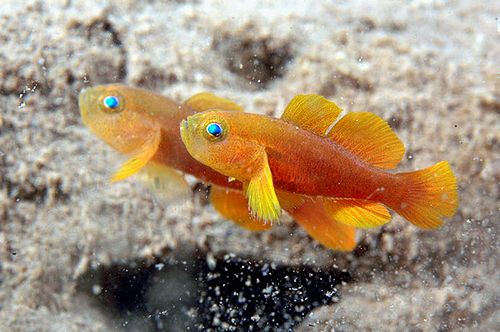 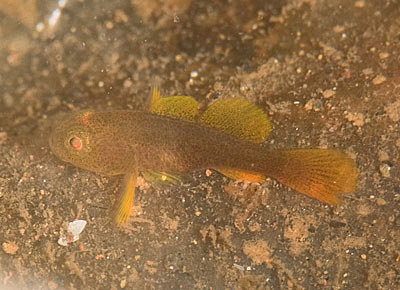 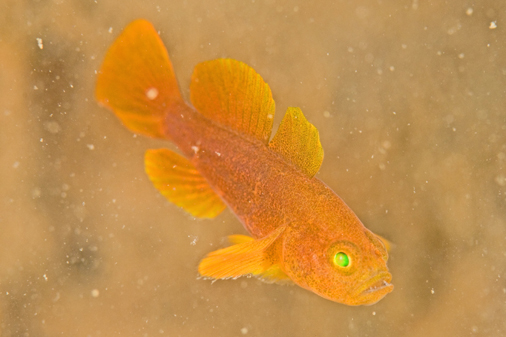 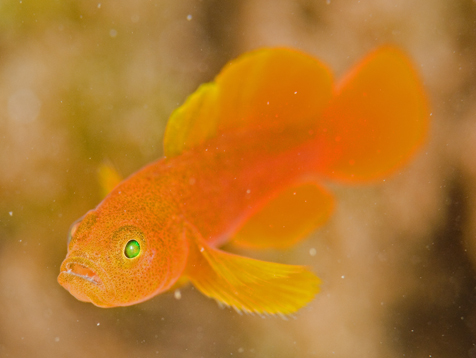 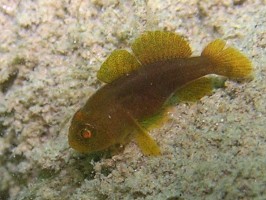 [An etymological interlude: Lubricogobius seems to derive from the same Latin root that gives us “lubricious”, meaning “lewd, wanton, salacious, lecherous”. As much as I would love to believe that there is something ichthyologically illicit about these little fishes, that these are the piscine perverts of the marine world, the name actually alludes to the more prosaic Latin definition of “slippery”, in reference to the scaleless body common to the genus. Still, I want to believe these gobies are up to kinky things inside their soda cans.] 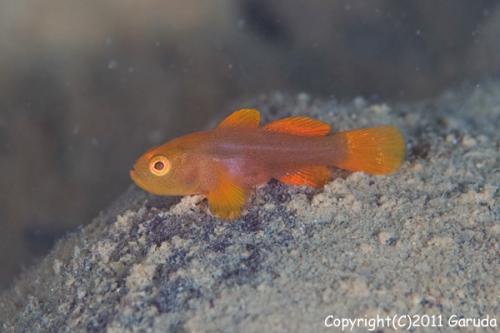 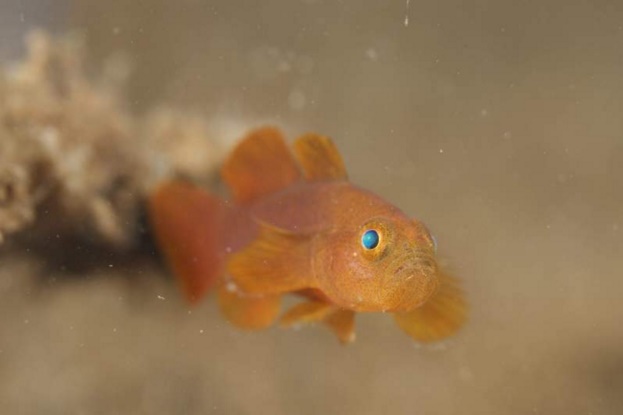 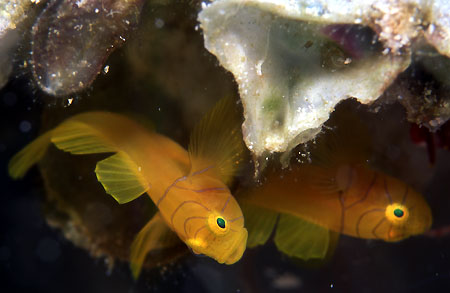 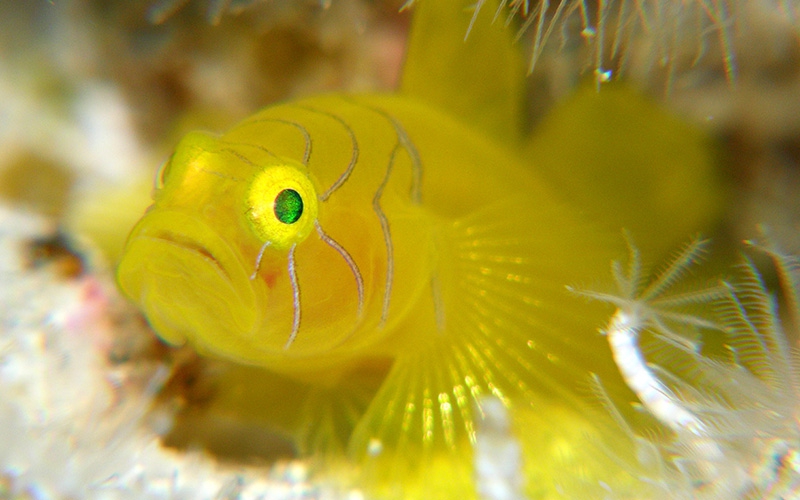 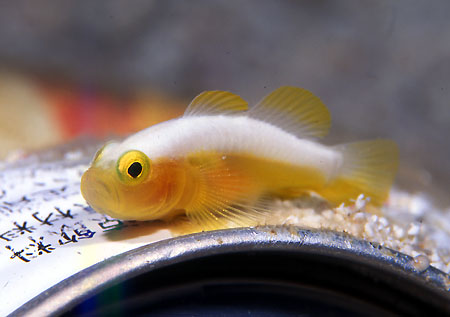 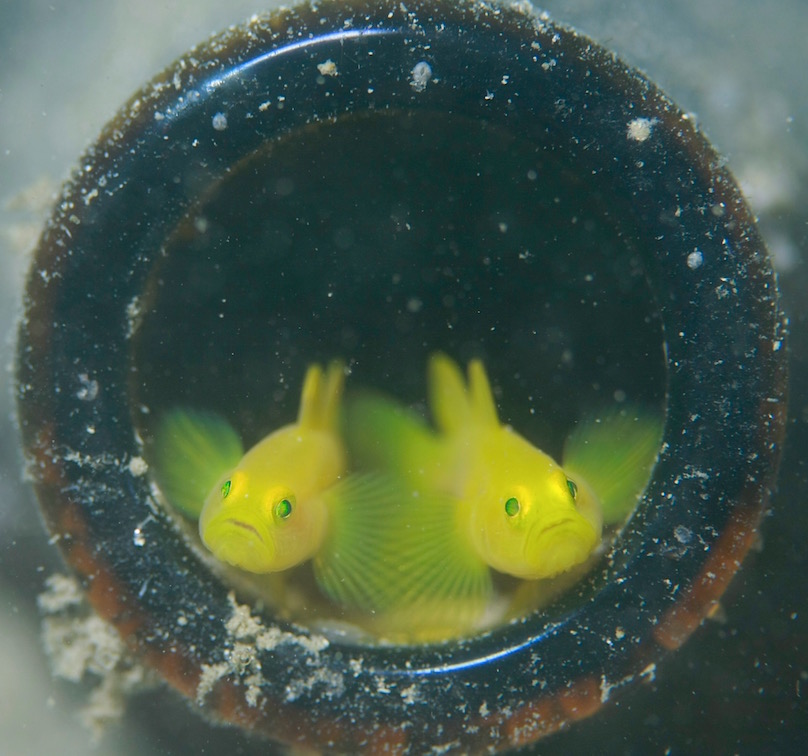 L. exiguus in a bottle in Japan. Credit: tanabenoumi 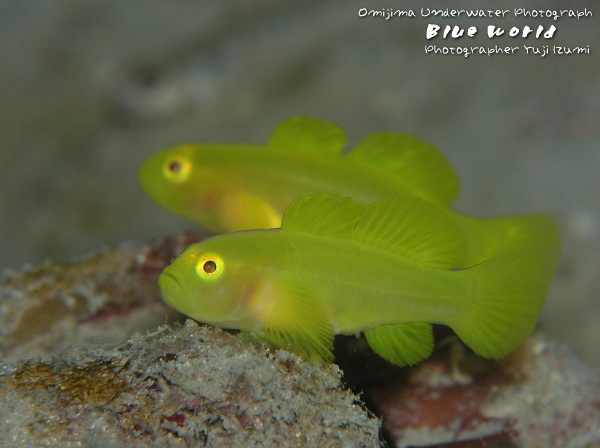 In scouring the internets, I was able to scrounge up photos which indicate a similar goby is also found in Palau and possibly Cebu, Philippines. Whether these are truly the same as the Melanesian L. nanus is impossible to say without proper morphological and genetic study, but given the significant biogeographical distances involved here, it would not surprise if these turn out to be undescribed.

It’s a shame these diminutive gobies aren’t more readily available from aquarium stores. A Lubricogobius nanus nano tank is both alliteratively and aesthetically appealing to me. A soda can biotope would make for a delightful aquarium, no?