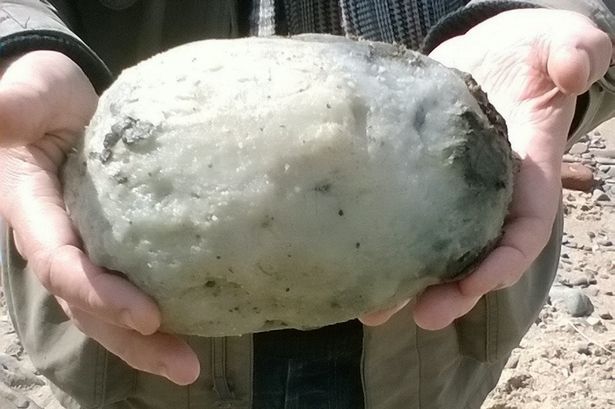 Gary and Angela Williams are celebrating after the large, smelly ‘rock’ they found on a Lancashire beach turned out to be something far more valuable.

One whale’s vomit is another man’s good fortune. The Mirror reports Gary and Angela Williams found a lump of “floating gold” on Sunday while walking on the beach in Britain. The couple are celebrating after a large, smelly ‘rock’ they picked up on the beach turned out to be a chunk of whale vomit – potentially fetching a cool £50,000 (about $56,540.00 US).  Gary and Angela Williams, from Overton, Lancashire, were walking along Middleton Sands beach near Morecambe Bay as they were headed in the directing of rotting fish. Following the stench, they spotted what looked like MORE