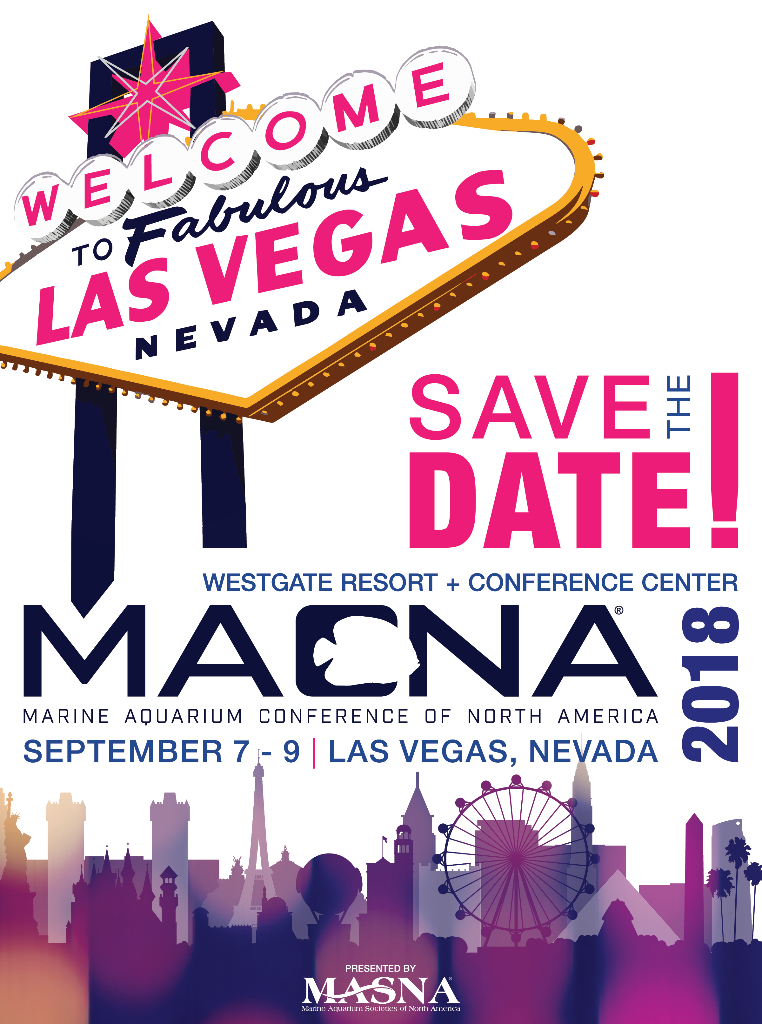 The announcement has just been released – MACNA 2018 will be held in Las Vegas, Nevada! As if speakers and vendors from all over the world, thousands of reef enthusiasts, and a full suite of events, meals, and demonstrations aren’t enough, the longest-running Saltwater Aquarium conference in North America will be held in one of the most exciting cities in the world!

Pass and t-shirt sales start in just one week, on Thursday August 24, and the 2018 event will be held September 7-9 at the Westgate Resort and Conference Center, just off the famous “strip”. The venue boasts free parking, over 3,000 rooms, its own casino, and easy access to the strip from the attached Monorail station.

In an interesting new development, “Starting in 2018, MACNA® will be planned, executed, and managed by MASNA®, marking not only the 30th anniversary of the show but also a brand new chapter in its distinguished history. Local marine aquarium societies will continue to benefit from MACNA, assisting with on the ground logistics and on-site volunteers who will remain a vital part in ensuring the continued success of MACNA.” (from MASNA’s press release)