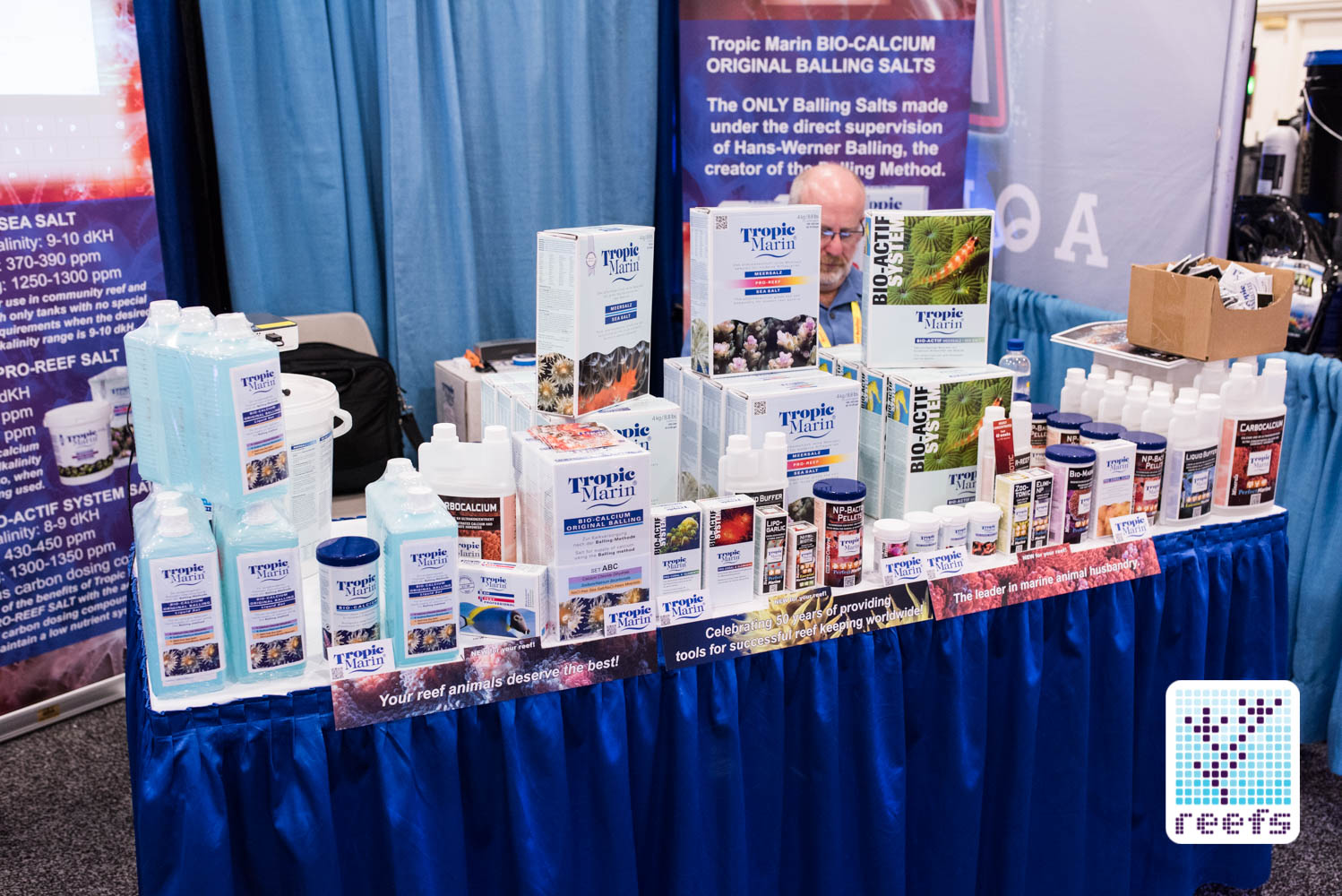 Tropic Marin is not a newcomer to MACNA and, as in previous years, they had quite a few new products to showcase. I had the pleasure to talk to Lou Ekus, the company’s Director of US Operations, who presented me with what’s new and upcoming in the Tropic Marin catalog. 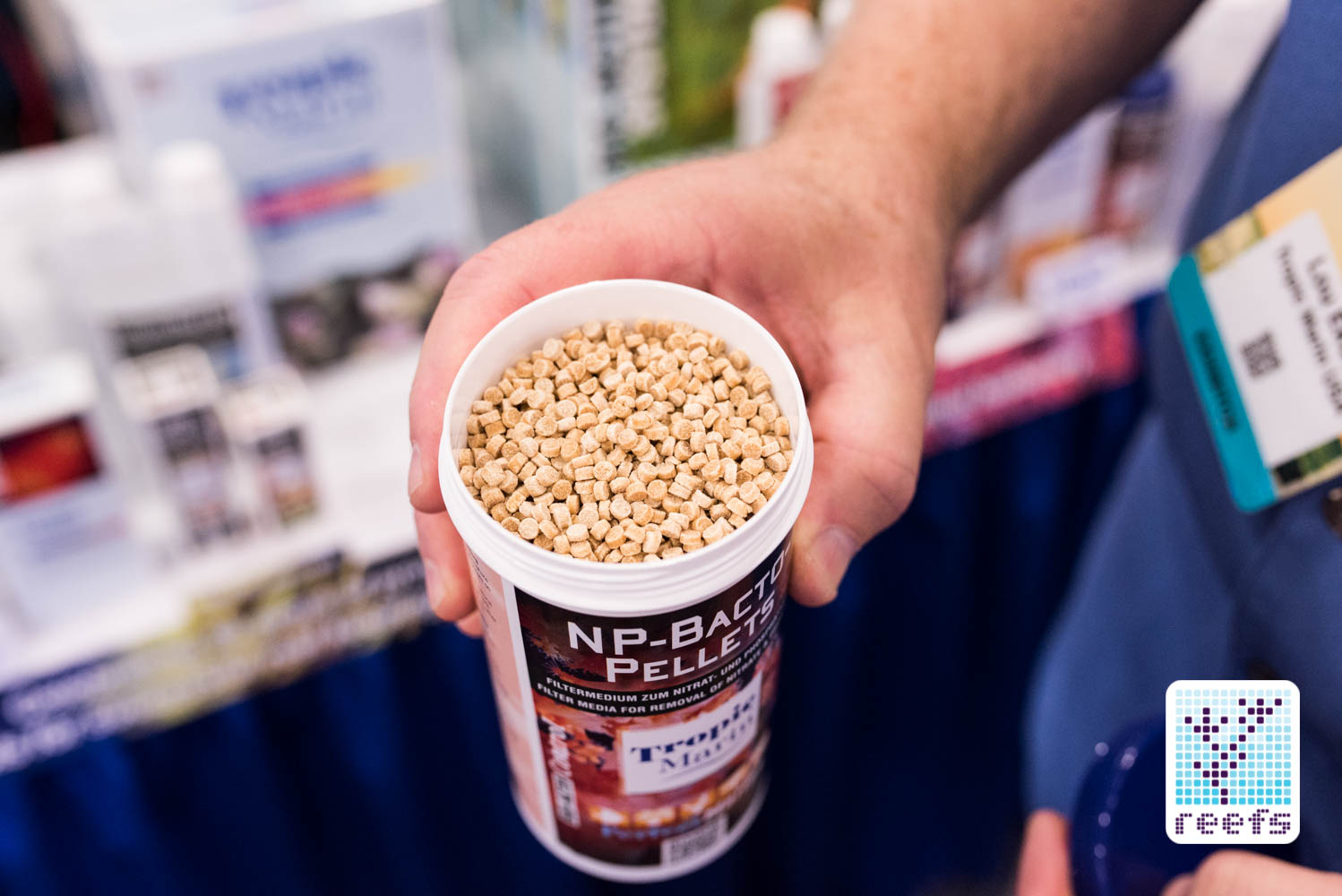 Biopellet users may want to check out NP-Bacto-Pellets, Tropic Marin’s own brand of this type of filtration media. It is quite different from other such products on the market, as it is made entirely of natural biopolymers of algae origins. 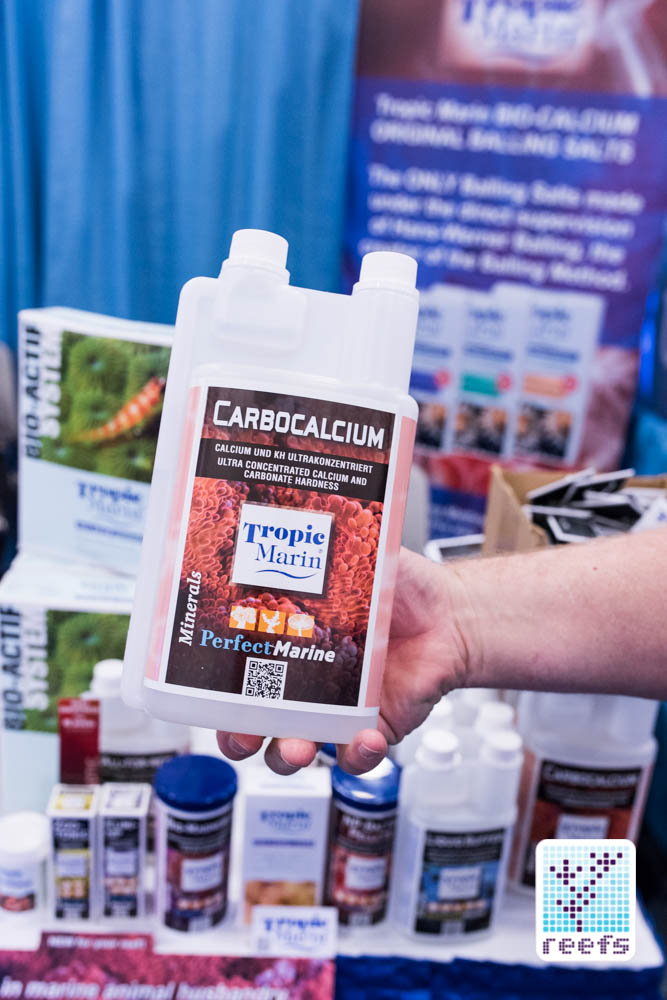 Ever wonder if the process of dosing calcium and alkalinity supplements could be simplified? Tropic Marin has an answer and it’s called CarboCalcium. A single-part solution that doses both calcium and carbonate hardness additives, Carbocalcium does not affect pH nor salinity of the aquarium water. 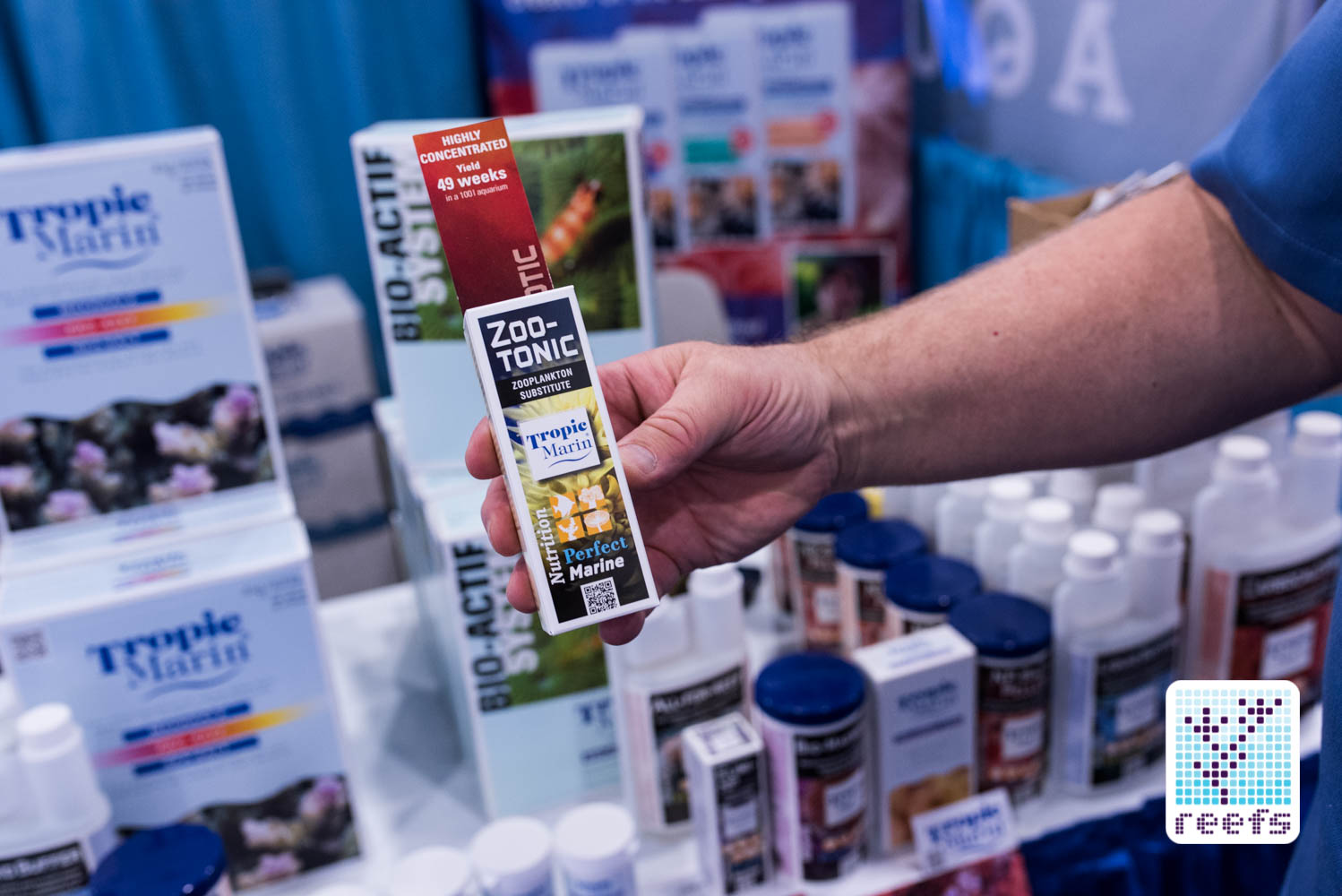 Finally, a new liquid food for corals and other filter feeders, called Zootonic, joins the already sizable line of coral nutrition solutions. Zootonic is a dense, brownish liquid composed of a concentrated mixture of various marine crustaceans infused with amino acids, fatty acids, and vitamins. One of the main components of Zootonic is lobster eggs, a highly nutritional alternative to oyster eggs we’ve seen in other products  Zootonic is sold unrefrigerated and it doesn’t have to be refrigerated after opening.
We will be testing those three new products in the coming weeks, so stay tuned for more news from Tropic Marin. Meanwhile, check out the gallery of pictures from their booth. 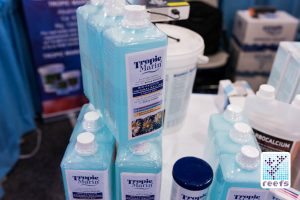 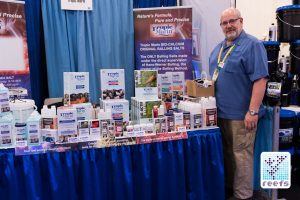 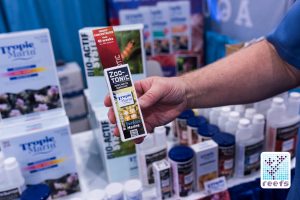 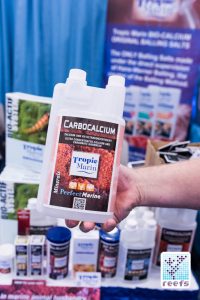 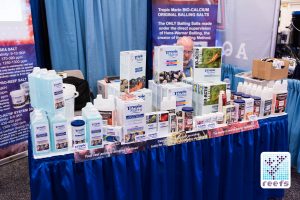 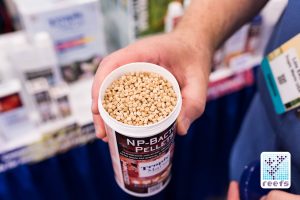