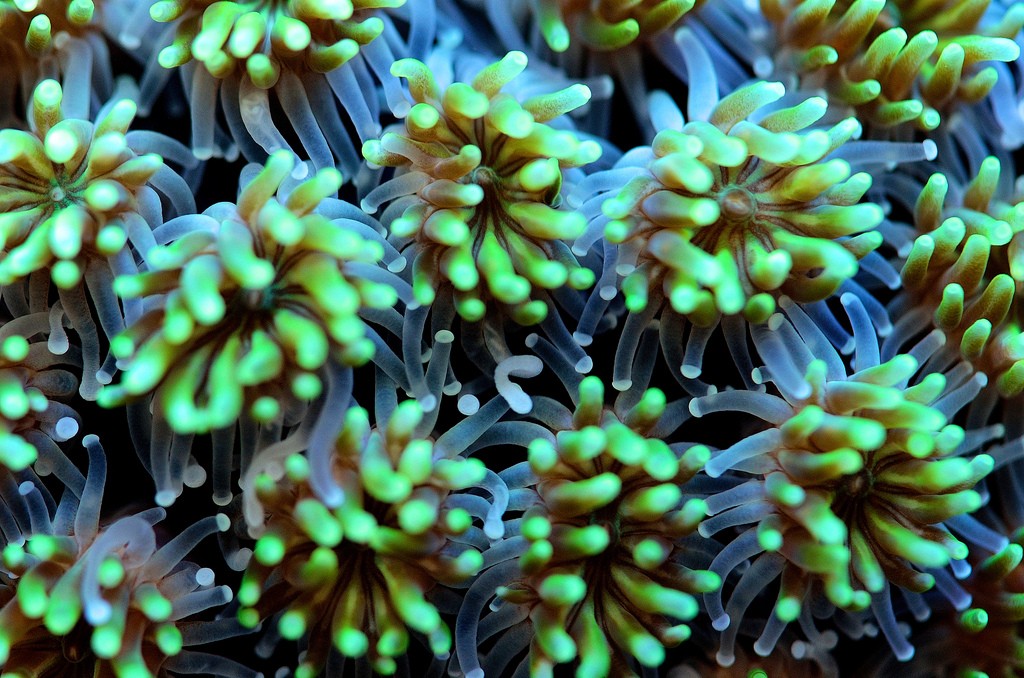 A close up photo of Galaxea, showing its retracted sweeper tentacles during the day. These are the semi-translucent hyaline ones bordering the main polyp. Photo credit: Lemon TYK.

Galaxea is a ubiquitous cnidarian with quite the nasty reputation. Like most other “LPS” corals, Galaxea harbour sweeper tentacles capable of extending many times their normal lengths. These are often supercharged with nematocysts, where they are utilized in turf wars with neighbouring corals, stinging and dissolving tissue upon contact. It is, however, only on a macro scale, can Galaxea‘s malevolent nature be fully appreciated. 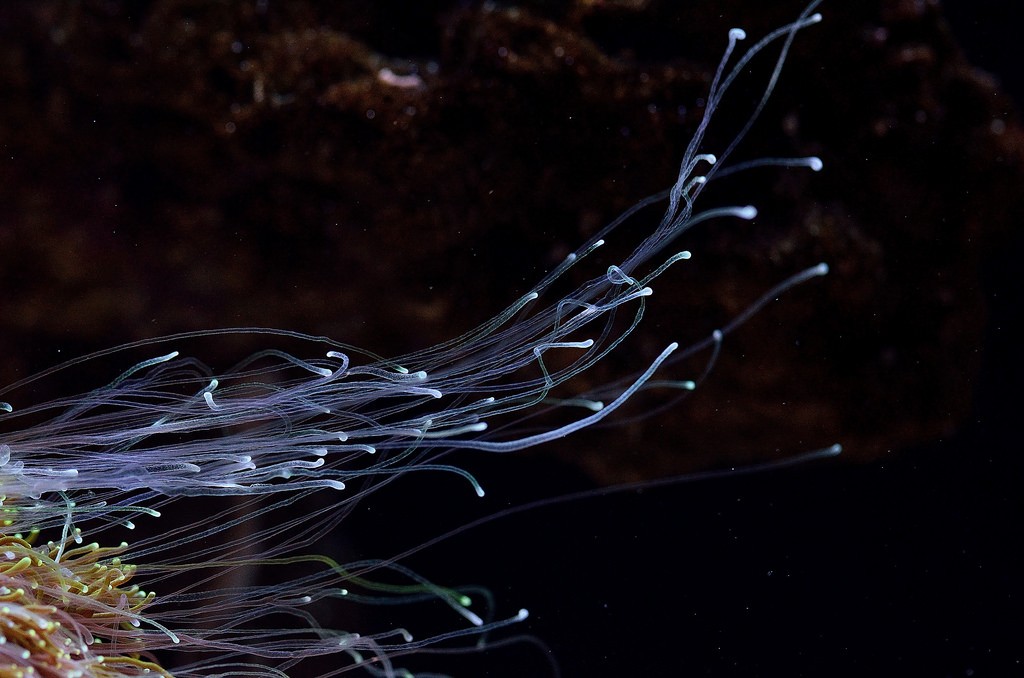 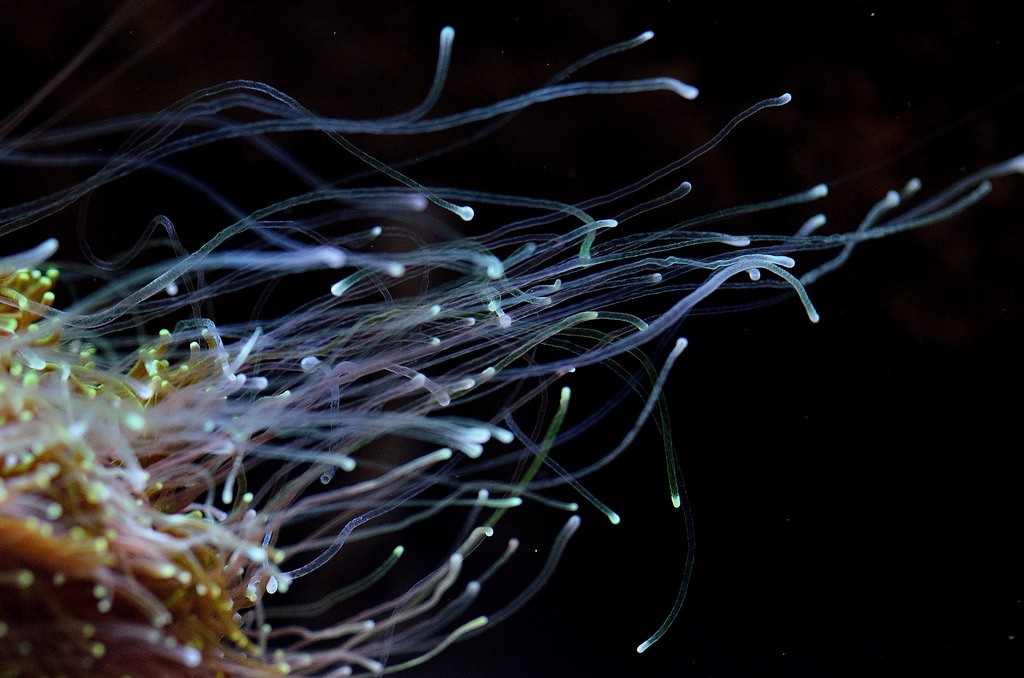 Come the cover of dusk, Galaxea unleashes its sweeper tentacles in translucent, cellophane strands. These are capable of extending more than twenty times their original lengths during the day, putting even members of Euphyllia to shame. The exaggerated tentacle lengths are further exacerbated by unidirectional flow, very much like fire spreading in the direction of a breeze. These tentacles release stinging cells upon impact, where they quickly and very effectively destroy coral tissue that are unable to withstand its sting. 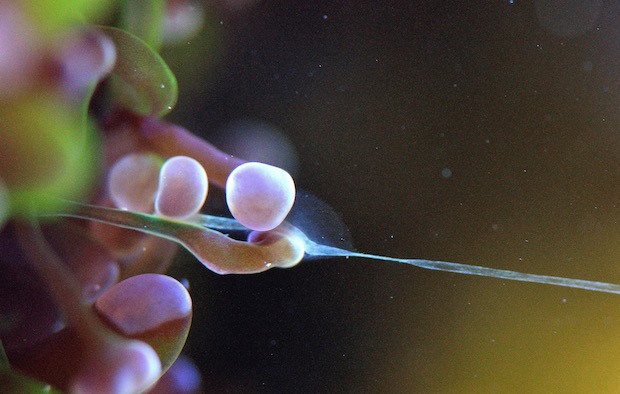 In a fight involving Galaxea, the latter almost always win. These photographs hopefully elucidates the brute strength of this coral, showing once again, that big things come in small packages. If you’re intending on housing this species in your reef, it’s best to leave it in an isolated area far away from strong current.