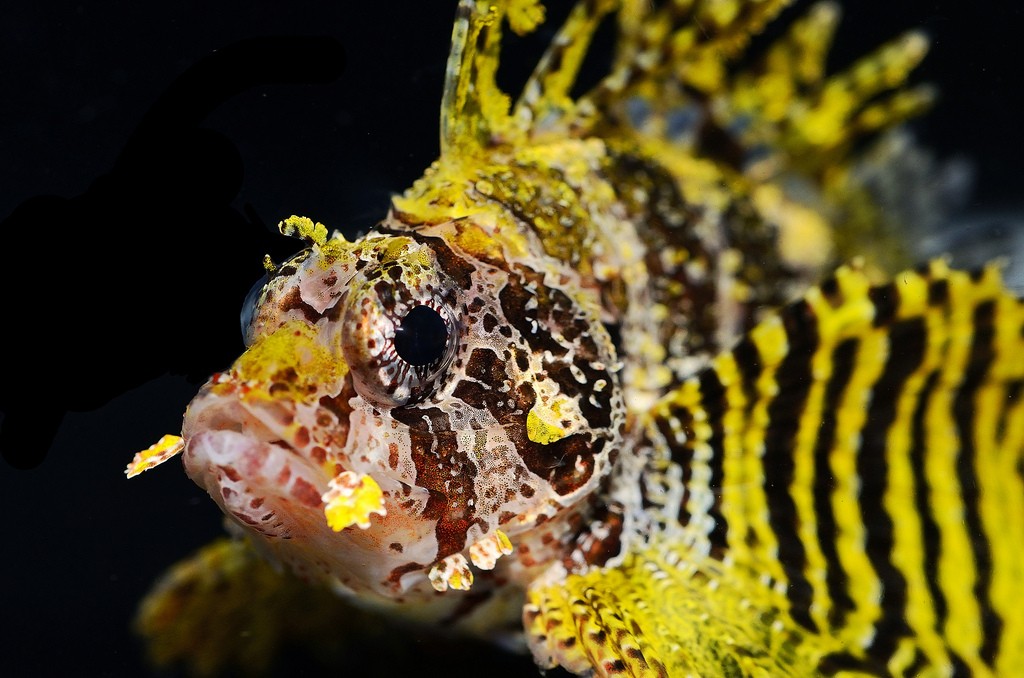 I know I haven’t been on here much recently, and I apologize for that. I’ve just been swamped with work, and have been really busy. So much so that I neglected to realize that this post is coming out not on a Monday, but on a Wednesday! Barring the oversight, here’s a really cool species of lion fish with an even crazier color morph! The golden fuzzy dwarf lion fish, whose shortcomings of having a nonsensically long name is compensated by its incredible color and petite nature. 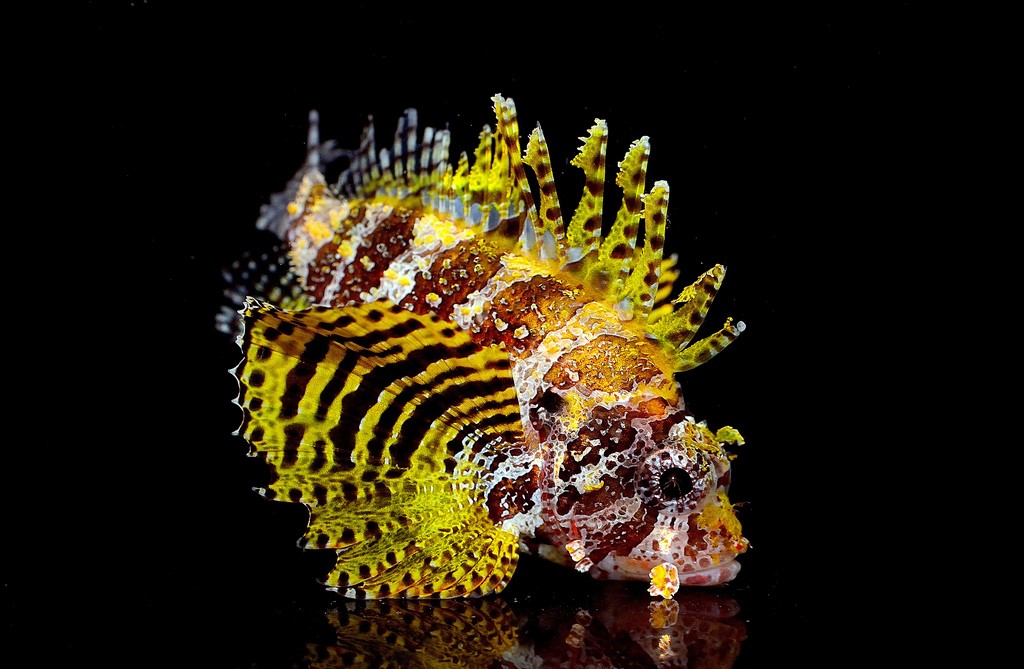 As far as lion fish go, Dendrochirus bracxypterus are as good as they get. Maxing in at about 6 inches, these are some of the smallest species of lion fish out there, making them some of the more appropriate pets for the home aquaria. Unlike Pterois, Dendrochirus also prefer swimming close to the substrate, often hugging rocks and other coral outcrops instead of swimming freely in mid-column.

In addition to their small stature and generally placid nature, D. bracxypterus occurs in a rather rare, but incredibly stunning golden form. This gilded morph essentially has all the regular sienna portions a rich, silky gold, adding a warm and very elegant contrast to the black pectoral striations and the burnt caramel body stripes. If you’re ever in the mood for a peaceful predator (quite literally a swimming oxymoron), then the golden fuzzy dwarf lion fish is quite the pet to have. Uncommon as they come, they are worth the effort of tracking down though.