Feature Aquarium: The Aquarium of Of D. Wade Lehmann

My reef tank has had a rather cataclysmic evolution. As with many folks in the hobby, my tank started small, 20 gallons actually, and then began to grow. In a couple of short years I went from a 20 gallon, to 55, to 125, and finally to the current 150 gallon tank (which will be upgraded to a 210 gallon in the near future). The tank has been operating in its current iteration since early spring of 2001.

Editors Note: Click on any image to bring up a photo gallery of all the pictures used in this article.

The tank is an old custom built glass tank, with ¾” glass. No braces permit me to use two sets of lights instead of three without casting shadows. The tank is dominated by sps corals with a couple of lps and soft corals tossed into the mix. Not a single wild colony was purchased or placed into this tank. It is derived entirely from coral frags, generated from friends, purchased, or from trades with the NC Coral Frag Trade Group (www.coralfrag.org). 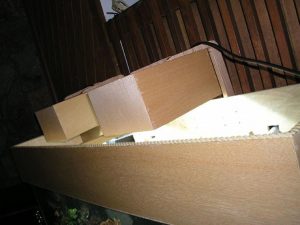 The tank is lighted with four 400W metal halides, containing two Iwasaki 6500K and two XM 20kK bulbs in tandem. I custom built two pendants that place the bulbs side by side in a PFO reflector and balances out the coloration of each nicely. The pendants have ¾” spacing between the reflector and wooden box and are vented in the rear in order to prevent heat damage or risk of fire. An 8″ desktop fan blows air across the open topped canopy and pushes evaporation up to around 5 gallons per day. 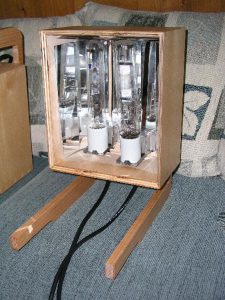 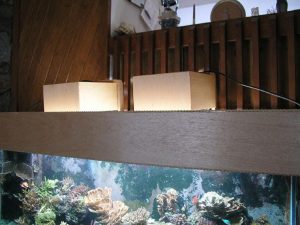 Circulation in the tank is provided by 3 recirculating loops (Quiet 1 and 2 Iwaki 20 pumps) and the main return (Ampmaster 2700). The loops are drilled through the bottom of the tank on both the inlet and outlet side. The sump is located half a floor below (split-level house) and behind the main tank, so that all of the noisy tank components are located in another room. This makes the tank amazingly quiet during operation. Two of the loops are static and one is brought over the back of the tank and into a Seaswirl for more dynamic water movement.

I use a Reefscience (Fergy) calcium reactor loaded with ARM to maintain calcium and alkalinity levels. I use a Dwyer flow meter to monitor CO2 input (~20cc/min). I also have a Reefscience beckett driven skimmer that operates on an Iwaki 40 pump. The skimmer is a monster, at almost 5′ tall! I drain the waste from the skimmer into a 4 gallon pail for easy removal. I use activated carbon continuously, changing it every 3-6 weeks for additional filtration and removal of organic debris.

Topoff is handled automatically with a Spectrapure RO/DI unit connected to a Spectrapure liquid level controller. The controller maintains approximately 15 gallons of water in a large pail near the sump. Sump water level is controlled by a DIY redundant level controller system connected to a Mag 7 pump. Water levels generally stay within ¼” inch of optimal height in the tank at all times. The additional step guarantees that no more than the 15 gallons of water will make it into the tank if the system fails, which will not be detrimental to my critters. 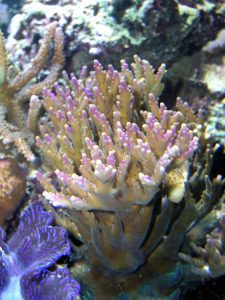 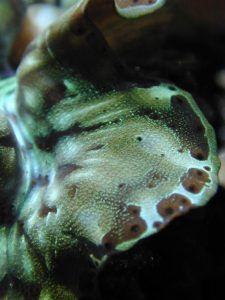 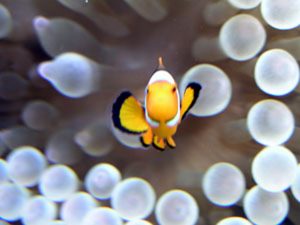 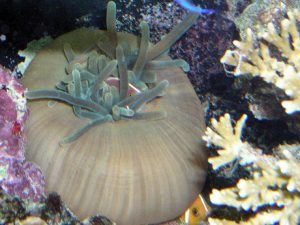 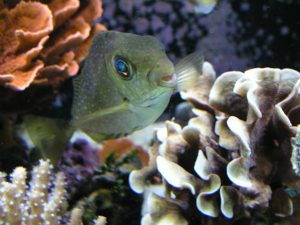 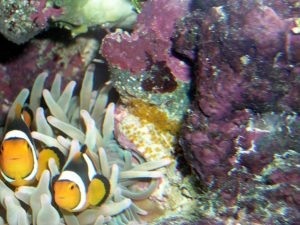 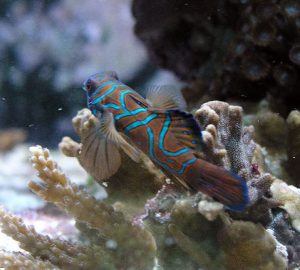 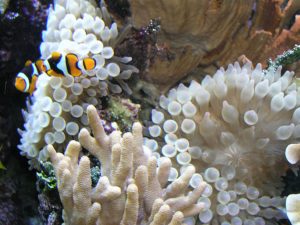 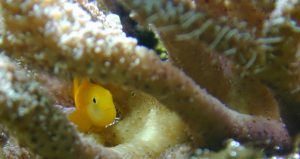 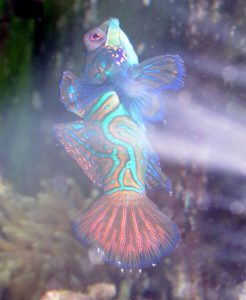 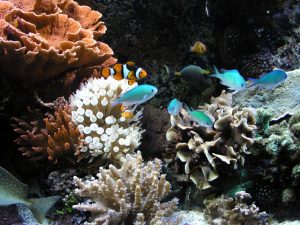 My bubbletip anemones ( E. quadricolors ) have split numerous times each (the rose is relatively new and has not yet split). I have even forced splits when they grow too large and begin to sting nearby corals. I currently have 6 anemones split between the display and a 35 hex anemone tank. The pink skunks host in the green BTA and the percula pair host in the white. They do not intermix nor bother each other from about 2 feet apart. 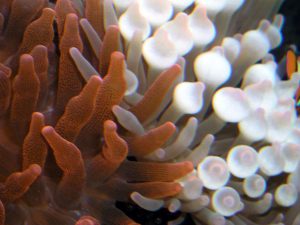 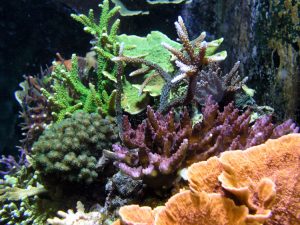 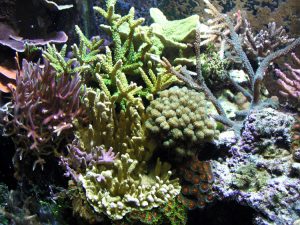 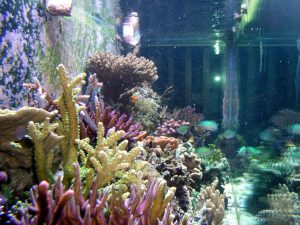 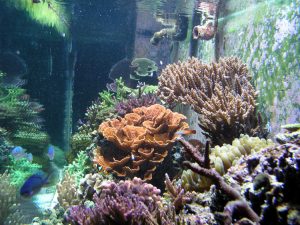 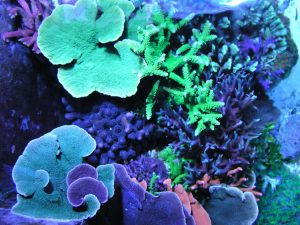 My maintenance is usually a glass scraping with a heavy duty magnet every few days and a complete razor blade scraping once every two weeks. I also perform thirty gallon water changes every 2-3 weeks on the system. As mentioned earlier, I also change out approximately a quart of activated carbon on a 3-6 week rotation. Recently, I have also had to do some fairly heavy fragging to keep the corals in-line and competition down as they are beginning to overgrow one another.

Feature Aquarium: The Aquarium Of Gabriel