Fish Tales: With a Grain of Salt

You can’t always believe what you read on the internet, even if it is coming from a seemingly respectable, professional source. I’ve been spending too much time on social media aquarium groups lately, and I constantly notice individuals fibbing, fabricating, or outright lying about their aquarium successes and recommending husbandry and fish­medicine practices that have been proven useless or harmful through science and the repeated trial and error of the collective efforts of hobbyists. The purpose of this article is not to shame a specific person or business, but to illustrate an example of this fibbing phenomenon. 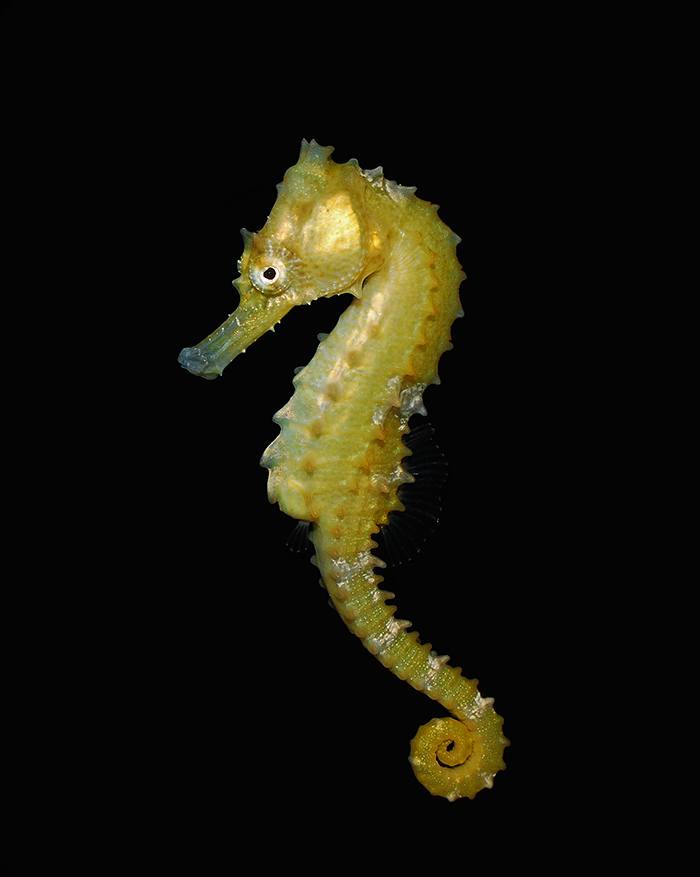 Seahorses are not throw­away pets. Enthusiasts are often very passionate and willing to go to great lengths to educate owners and protect seahorses in captivity.

A real life friend tagged me in a thread on Facebook recently to ask my opinion about a seahorse in a video posted by a man who we will call “Bill” to protect his identity. The seahorse in the video was shown in a 150 gallon aquarium with several stinging Euphyllia corals and large, semi­aggressive fish like a harlequin tusk. Bill claimed the seahorse had been in the tank for over 7 months and was healthy and loved to hitch onto the torch corals. Let me explain why this caught the attention and wrath of my seahorse loving friend who I will call “Pete.”

Anyone who has ever been stung by a torch coral knows it hurts! Seahorses are not like other fish that spend most of their time in the water column. They are even different from other demersal fish that simply lay on or dig in substrates. Seahorses are unique in that they actually wrap their bodies around any and all objects in their environment, even stinging corals. The species in Bill’s video is H. erectus, a Florida native that never encounters torch corals in the wild. Browsing the seahorse.org emergency forums will show you countless threads over the years discussing real life incidents of seahorses being stung, severely injured, and killed by torch corals and similar stinging corals.

The seahorse was only in the clip for about ten seconds, but appeared to be in a body position that indicates stress ­ hiding, holding tightly onto hitch, head down, breathing heavily. What’s worse, she appeared to be very thin and starving. A seahorse should not have indented sides. If I had no other information about the aquarium, I would have guessed she was a fresh, wild caught addition, specifically, a wild caught H. erectus imported from Florida based on the size, species, and body condition. In my opinion there’s little chance this creature has languished in that aquarium in that condition for 7 months with dangerous corals and large, fast fish with large teeth. 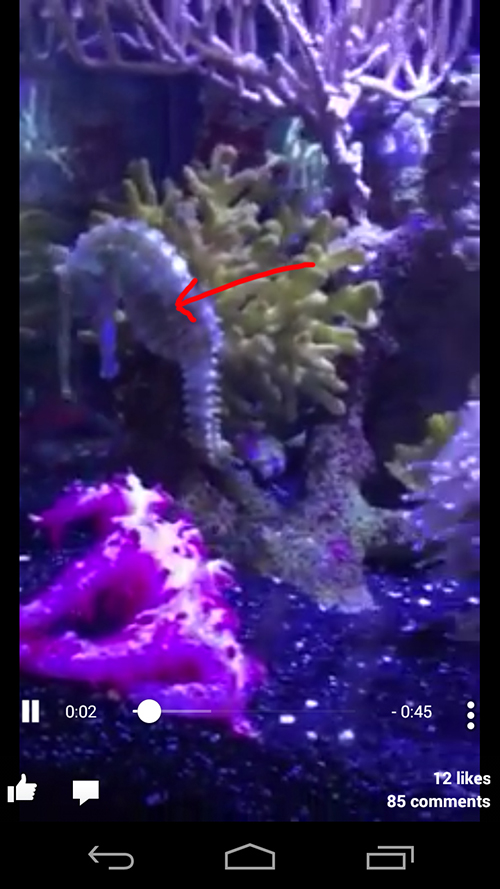 The seahorse body should never have have a sunken appearance.

I was also skeptical that Bill could keep an Acalycigorgia sp. blueberry sea fan in that environment. First of all, the blueberry sea fan and what looks like a Floridian Rusty gorgonian behind it are both buried in the sand. The Rusty gorgonian is clearly rotting from the base up. This is a mistake commonly made by those unfamiliar with sea fans and will quickly cause sea fans to rot and die. Also, Blueberry sea fans are like cut flowers. They’re nonphotosynthetic and nearly impossible to keep alive in the home aquarium. Like a bouquet of roses, they sit in a glass full of water and deteriorate over time, usually a few months, sometimes up to a year depending on size and condition. The longest these blueberry sea fans have been reported to live in captivity is 2 years, diligently cared for by professional, expert aquarists. I’m not here to argue the moral implications of keeping a dying coral in an aquarium for decoration. I’m saying the blueberry sea fan in Bill’s tank looked too immaculate to have been there for 10 months. This species is not for mere mortals to “try,” as he suggested readers do. The few people who have been successful in growing this species in captivity kept them in large systems with near constant live food dosing, low lighting, and extreme water changes. 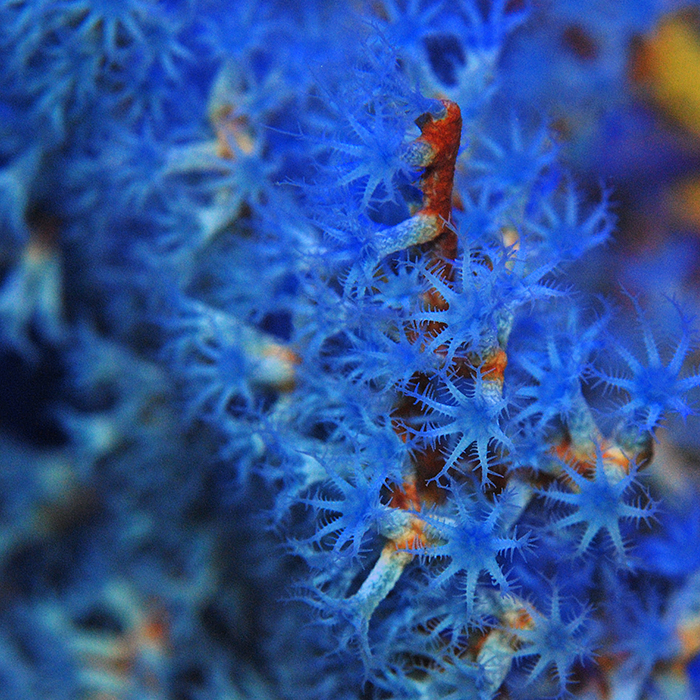 Soon after I asked Bill for more information about his seahorse and sea fans, Pete sent me a disturbing message. He said he checked into some of Bill’s claims. Bill owns an aquarium maintenance business in the northeast and his business has a Facebook page. Pete found some older photos and videos of Bill’s aquarium. The photos show that on August 30th, less than 9 months ago, the aquarium had been very recently installed below a large TV. Pete also showed me a video from November 4th, less than 7 months ago, and neither the seahorse nor the sea fans were in the aquarium. The video shows mostly different fish and corals, but identical rockwork. The only animals to make an appearance in the November video and the May video were the black tang and torch corals. 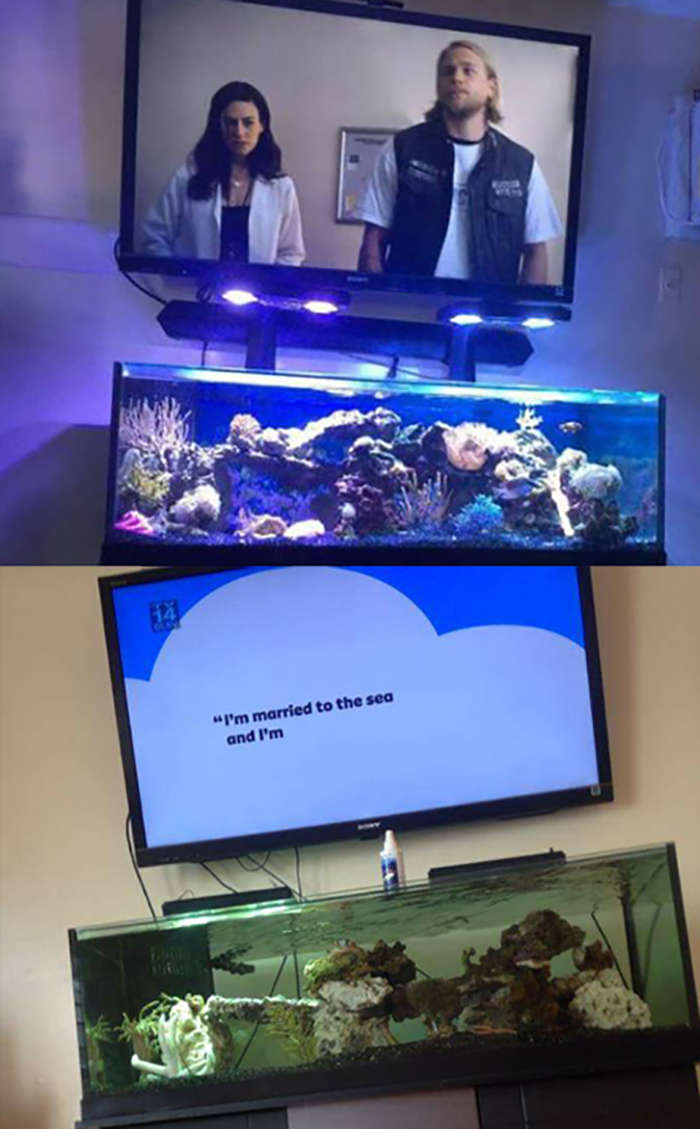 It seems Pete had caught Bill in a fib he was not willing to own up to. At first he claimed the seahorse “has been there with no problems over 7 months” with the torch coral and large fish. Bill also claimed the blueberry sea fan had been there “10 months.” Some posters, including Pete, were commenting on how dangerous the torch coral was to the seahorse, but Bill insisted “That’s his favorite spot, it doesn’t affect him.” Bill’s inability to sex the seahorse was more evidence that he wasn’t aware of the care they require. His seahorse is female. 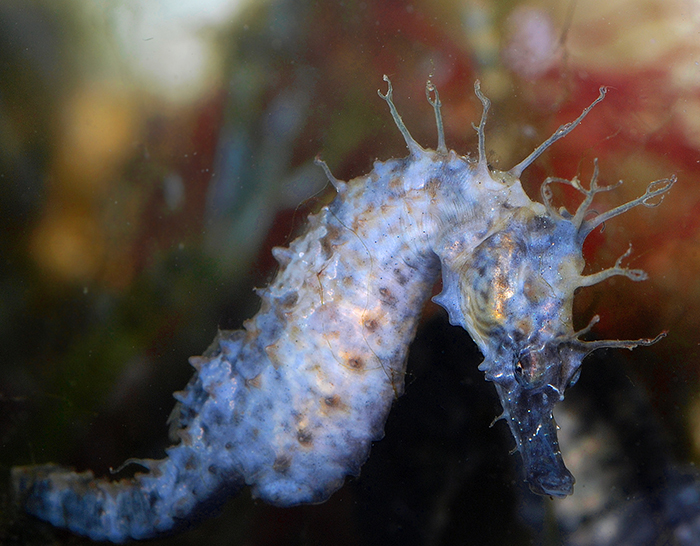 A healthy, robust seahorse that has been properly fed and conditioned.

When Pete, who is passionate about seahorses, confronted him with video and photo evidence, Bill suddenly changed his story. Bill claimed he has many tanks in his home, which we assumed loosely implied he housed the animals in other tanks and moved them to this 150 gallon display at an unknown later date. Bill stated “Nothing lasts forever,” then promptly blocked Pete after he posted links to Bill’s older video.

I don’t deny that Bill is a skilled aquarium technician or aquascaper. However, he was fibbing about his success with these difficult species and using the video and the animals to garner interest in his aquarium maintenance business. Pete proved the seahorse clearly had not been in that aquarium for 7 months, nor had the blueberry sea fan been in the aquarium for 10 months. I estimate based on factors already mentioned the two difficult species in question had not been in the aquarium longer than a few weeks at most. It is unlikely given the condition of the animals, but even if he is telling the truth that they were housed in different tanks then later transferred to his display, he was giving out misleading information at best and encouraging others to try these difficult species in improper, dangerous conditions. Perhaps Bill thought fibbing about the amount of time he had these specimens was better for business than admitting he was wrong or uneducated about keeping them.

Sadly, this is a common behavior on social media. It is easy to post a photo of an aquarium and claim long term success with animals or corals that are new to the aquarium. It may seem innocent. Maybe these fibbers are looking for attention, respect, or a pat on the back. But lying about successes with difficult animals is bad for this hobby and bad for the animals. Bill recommended to thousands of people watching his video to try keeping a blueberry sea fan in a reef style tank and to feed it frozen foods that are inappropriate for it. He claimed keeping a seahorse with deadly stinging corals and semi­-aggressive fish was acceptable and that the seahorse was healthy. Spreading misinformation like this not only puts animals in danger, it discourages new hobbyists when their pet dies. It can be argued that the hobbyists who follow such advice don’t do enough research and deserve their fate, but when a respectable-­seeming, professional individual is recommending they go against research and common knowledge to “try” these difficult species, can you blame new hobbyists for trusting these fibbing “experts?” Next time you see a self-­proclaimed expert’s success with a difficult species, new supplement, or unconventional medication, take it with a grain of salt.

Names have been changed to protect the identities of those involved.