It is difficult to overstate the importance of water m0tion in a reef aquarium, and the last decade or so has seen many advances in technology of water moving machines. One of the latest devices, Maxspect’s “Gyre Generator” is a pump that has re-thought how to move water in an aquarium. Unlike propeller pumps, this machine uses two centrifugal fans (sometimes referred to as ‘squirrel cage’ fans or pumps.) A centrally located submerged direct current (DC) motor is coupled to these fans. Guarded water intakes allow intake of water, which is pushed out discharges on either side. The entire assembly is held in place by an external magnet, and a controller lets the aquarist decide on how much flow (either continuous or pulsed) as well as reversed flow. A Feeding Mode is also available for use.

The following are included:

Advertisements for this device claim ‘virtually no dead spots’ in an aquarium. Can the Gyre Generator live up to this claim? Are there any drawbacks to its use? Is it power-hungry? This article will investigate these and can assist you in deciding if this device is a good investment. The model tested is the XF150.

Water moving devices can be intrusive in appearance so size really does matter. The Gyre Generator is compact in size and isn’t instantly noticeable in an aquarium, but perhaps more important, its relatively small size allows it to fit nicely into aquaria only 12 inches wide.

These are the dimensions and specs:

The controller supplied with the XF150 is a remarkable device – its compact size belies its abilities. Further, it is simple to program and can be mastered in a few minutes. There are only three buttons. The first is an off/on switch, the second is for determining mode of operation (constant flow, pulsed flow, and so on), and the third is for setting mode parameters, such as pump speed while using a control dial (complete with indicator LEDs.) ‘Normal’ rotation or ‘alternating’ rotation is indicated by LED lights as well. See Figure 2. 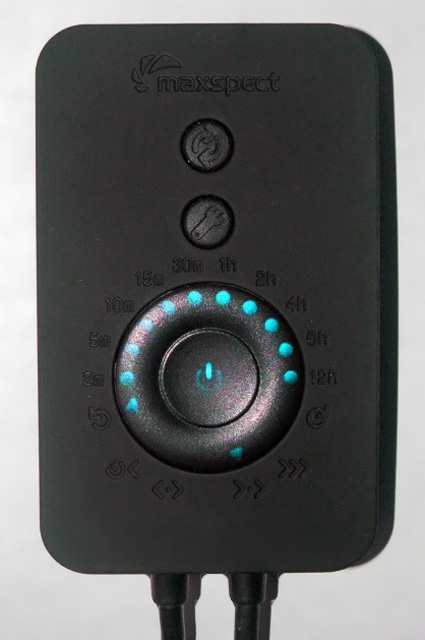 The controller for the XF150 allows several options to the hobbyist: Constant Speed, Pulsed Flow, and Alternating Flow. Pump speed (rpm) is adjustable in each of these modes. There is also a “Feeding” mode.

As the mode’s name states, this option operates at the pump at a constant speed (which is adjustable on a scale of 1 to 10, with 10 producing the most flow.) See Figure 3 for gallons per hour moved by this pump at various speed settings. 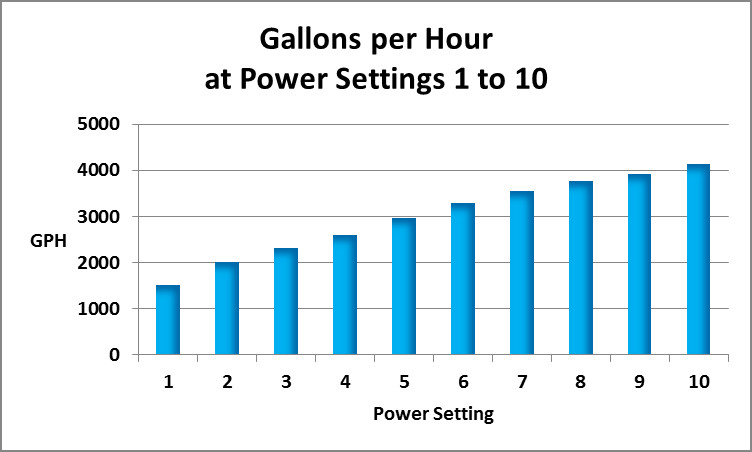 Figure 3. Water velocities were measured with an electronic water velocity meter with the sensor placed ~1/8″ from the pump’s discharge.

Gallons per hour has been the standard for rating aquarium pumps’ usefulness, although it is not particularly useful for determining application. It is flow velocity that truly matters, and for that reason testing was performed to the XF150. See Figure 4. 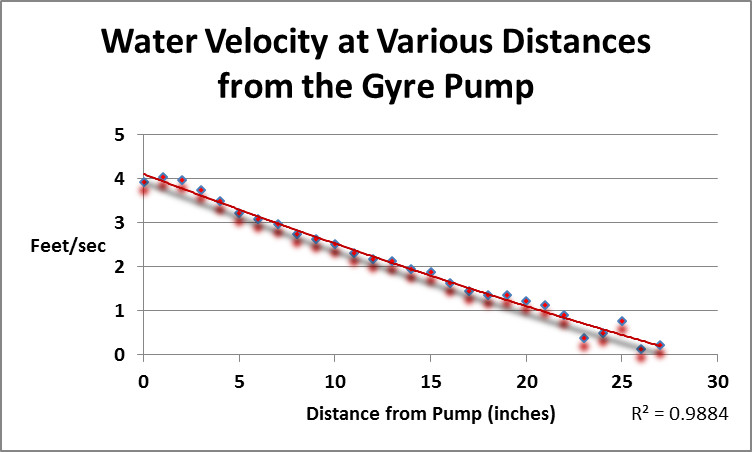 Figure 4. Water velocity was measured at 1 inch increments with a $5,000 water velocity meter. Flow was more or less laminar until about 24″ from the discharge, where it became turbulent.

Figure 5. Water movement conditions when water velocity (shown in Figure 4) was measured. Pump at full speed and about 6″ below the water surface. Fluorescent particles (illuminated with a ‘black light’) trace the water motion’s pattern.

Visually judging water motion patterns is difficult unless special procedures are in place. A simple technique was developed for this article – fluorescent bits of plastic (illuminated by a 40-watt ‘black light’) were placed in the test aquarium and their motion was captured through time exposure photography. See Figures 5 and 6 for visualization of water motion patterns in the Constant Speed mode.

Figure 6. Fluorescent particles reveal water flow patterns in this time exposure. The Gyre pump does indeed live up to its name. Pump at full speed, and about 4″ below the water surface. Raising or lowering the pump will alter this pattern (see Figure 5 for comparison.)

For those wishing to generate waves within an aquarium (see Figure 7) a mode for programming pulsed flow is available. The pump operational frequency and speed is quickly and easily set via use of the standard controller.

Figure 7. The pump (in Pulse Mode) used about 21 watts to generate this 4″ wave.

Using the photographic technique described earlier, Pulse Mode water motion patterns were made apparent. See Figure 8. The oscillating flow pattern seen is similar to that seen on many natural reefs. 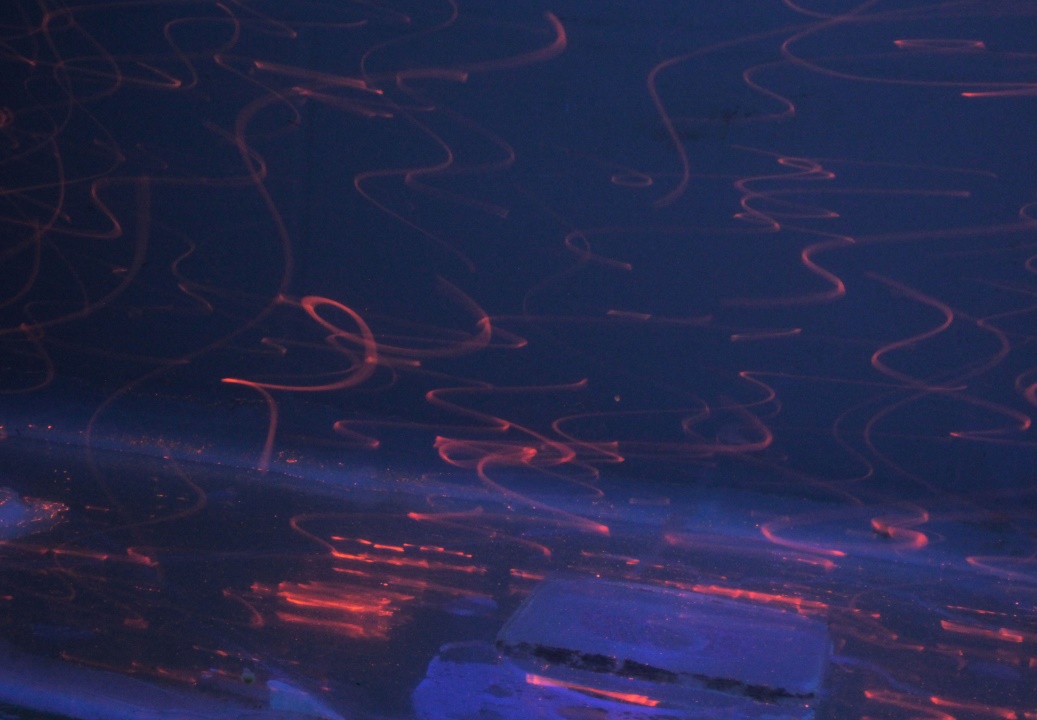 Figure 8. As in Figures 5 and 6, fluorescent particles in this time exposure reveal water motion patterns. This photo shows those created by the pump when in pulse mode. Travel of the particles is about 3 inches per pulse.

A Note on Pulse Mode

As with any pump capable of pulse mode, hobbyists should exercise caution when making water slosh in an aquarium. The constant pressures on glued joints of a tank could result in failure of these joints after prolonged use of such a device.

Alternating Flow Mode allows the pump to rotate in a ‘forward’ and ‘backwards’ manner. If the pump runs in this mode with the standard squirrel cage impellers (those attached to the pump straight out of the box), the forward mode will create laminar flow and, when in reverse, will create turbulence. The XF150 comes with a spare set of rotors (called A and B rotors; See Figure 9.) When the spare ‘A’ rotor is installed in the place of the original ‘B’ rotor, it is possible to create laminar flow with one side of the pump while making turbulent flow with the other. 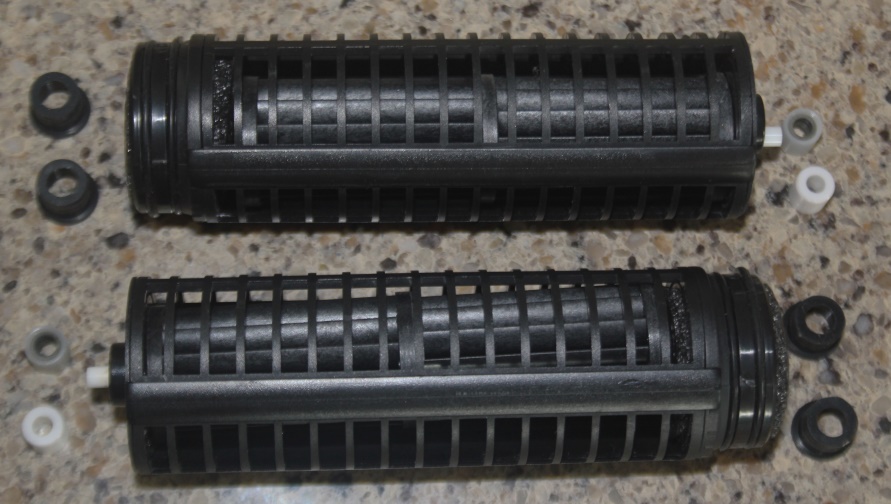 Figure 9. Spare ‘A’ and ‘B’ rotors are included, which allow the pump to create forward (laminar) and reverse (turbulent) flow at the same time.

The pump can be programmed to alternate flow direction every 2 minutes to 12 hours.

Feeding mode will temporarily stop the pump to allow feeding. It starts automatically after 10 minutes.

The XF150 can be disassembled in less than a minute when cleaning is required. Small particles can enter and become jammed in the rotors. Calcareous algae growths (which seem to love black plastic) could impact performance in addition to making disassembly a somewhat of a chore (the cage stabilizing arms are friction fit.) Maxspect recommends cleaning pump components every 3 months by submersing parts in a solution of one part white vinegar and one part water.

A Note on Maintenance

Based on my experience, I would suggest that hobbyists make alignment marks between the rotor cages and motor housing. Also note that the cages are marked ‘A’ and ‘B.’ I made marks on mine using a colored Sharpie™ permanent marker. Since the impeller housings are adjustable (the discharge flow can point up, down and every point in between), it is easy to get them out of the desired alignment unless keen attention is paid. Simply marking the rotor housings will make correct reassembly a snap. In addition, there are rubber grommets between the distal tips of the alignment arms and the cages. These grommets can slip off, and it is easy to end up with two rubber ‘caps’ on the end of one arm. This is not easily apparent to casual observation since the grommets and the housing/arm are almost identical in color.

Power usage (in another test) was also tested over the full range of power settings. See Figure 10. 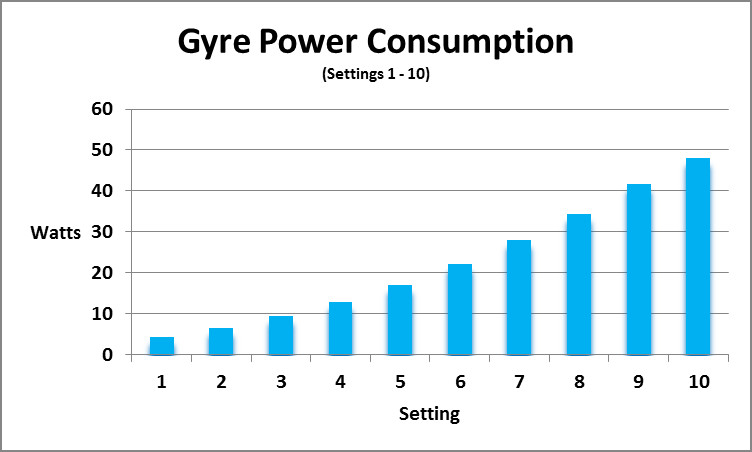 Watts consumed by the pump while creating the maximum wave size (about 4 inches) in pulse mode averaged 21 watts.

Pump output (defined as gallons per hour) per watt is at its highest at low speed settings (see Figure 11.) Slippage of the rotating squirrel cages is not possible since the pumps’ drive shafts’ connections are notched. I suspect the squirrel cage rotors are the culprits, but this should be of little concern to most hobbyists as the output is impressive. 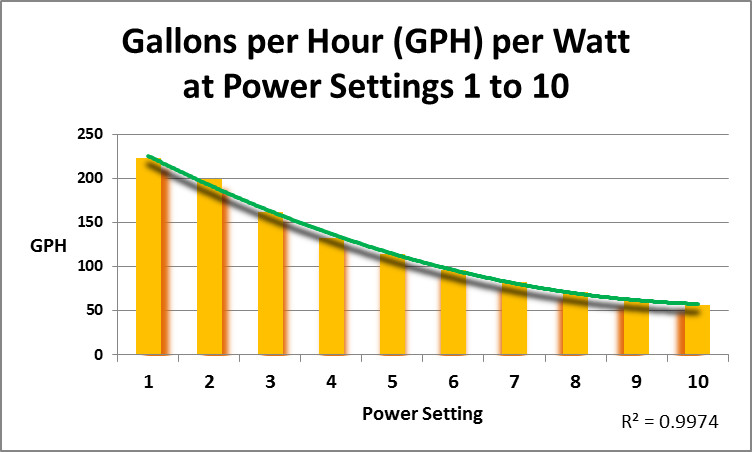 Figure 11. Efficiency drops with increased power, but the flow generated at the highest setting was over 4,000 gph.

Noise generated by any aquarium device (water pump, lamp ballast, overflow, etc.) can distract from the beauty of any aquarium. Sound levels (‘ambient’ and ‘pump on’) were measured with a decibel meter. See Figures 12 and 3 for levels, and Figure 14 for a decibel scale. 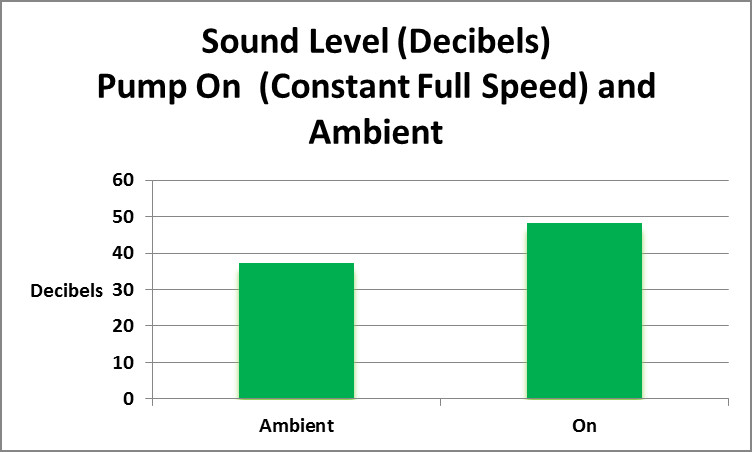 Figure 12. Decibel levels when the pump is in Constant Speed Mode and at full speed. No pump is completely silent. The noise generated by the Gyre pump is noticeable, but, in my opinion, is not a distraction. 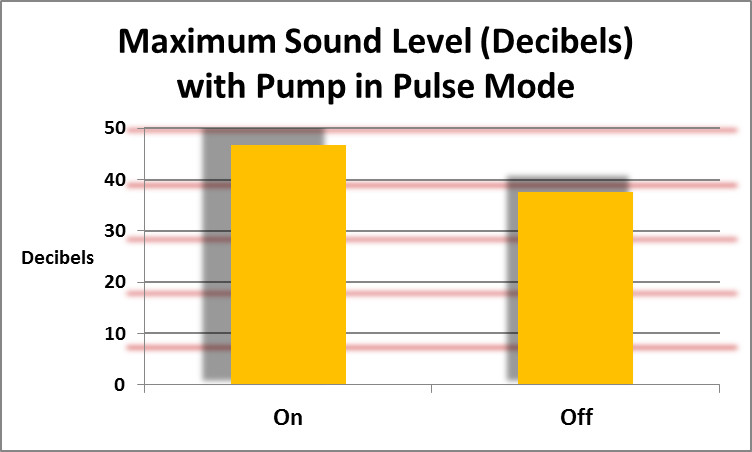 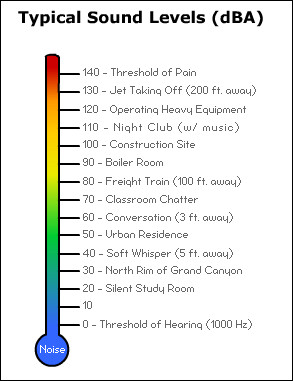 Figure 14. The sound levels created by the Gyre pump range from ‘soft whisper’ to ‘urban residence.’

Some advertisements on the internet claim the XF150’s outside coupling magnet is sufficient for glass up to ¾” thick – which is true if an optional ‘reinforcement magnet kit’ is purchased. The Owner’s Manual says the standard magnet is recommended for glass up to ½” thick.

Water velocity was measured with a FloMate 2000 electronic water velocity meter (Marsh-McBirney, Frederick, Maryland, USA). To arrive at gallon per hour, velocity measurements were plugged into this formula:

Noise, as decibels, was measured with a Spier Scientific Sound Level Pen #840018.

Maxspect has made a real effort to get their product to conform to US and European standards. This device has an Underwriter’s Laboratory (UL) stamp of approval for the US and Canada. It also has the Restriction of Hazardous Substances certification (RoHS – sometimes called the ‘lead rule’ but restricts products’ content of lead, chromium, etc.), as well as the European ‘CE’ mark.

Maxspect warrants this product to free of defects for 1 year from date of purchase, and will repair or replace the device at its option. Warranty work for many customers is performed at CoralVue’s U.S. facility in Slidell, Louisiana.

A complete line of spare parts is available for order online at: www.coralvue.com/parts

Maxspect advertises that each Gyre device is tested in water before leaving the factory.

The manufacturer’s suggested retail price is $299.00 US.

The Maxspect Gyre XF150 is a well thought-out product. Its compact size belies its high performance, which is on par with some propeller pumps costing much more. The retail price is reasonable as far as high performance controllable pumps are concerned. Operational cost (based on electrical usage) is modest. Its operation is relatively quiet in the Constant Speed Mode. In Pulse Mode, the noise generated by ramping up of the DC motor is noticeable.

The flow pattern created by the Gyre pump is unlike that of any propeller pump on the market. The pump’s water discharge runs almost the entire width of the device, which creates a wide, high velocity zone of water movement. This laminar zone, if unimpeded, can be up to ~24″ in length before becoming turbulent in nature. Still, a horizontal gyre could be created throughout the tank under the conditions of testing and no ‘dead spots’ were noted.

The Maxspect Gyre Generator is not the most powerful pump on the market nor is it the least expensive. However, its unique flow can create wide water patterns unlike any other device currently on the market and it is worthy of your consideration for purchase.