H2O systems introduced the Waveline DC pumps and RLSS protein skimmers in 2012.  These products are just now coming to market, and Advanced Aquarist has the first review of the new RLSS line.

The RLSS R10-U is a conventional high-end in-sump needle-wheel design but with an unconventional pump.   A single, submersed Waveline DC-5000 pump performs both air fractionation and water delivery for the skimmer.  Unlike the single speed AC pumps employed by nearly every other skimmer, the Waveline is a speed-controllable direct current pump.  Users can select between six preset RPMs via the included DC pump controller to tune their skimmer’s performance.  Six green LEDs indicate the speed.  Users can also engage a 10 minute feed/service shutoff timer;  The pump restarts automatically after 10 minutes or restarts immediately by pressing the timer button for a second time.  The Waveline DC-5000 is a soft-start pump, meaning the impeller will gradually ramp up to full speed on start-up. 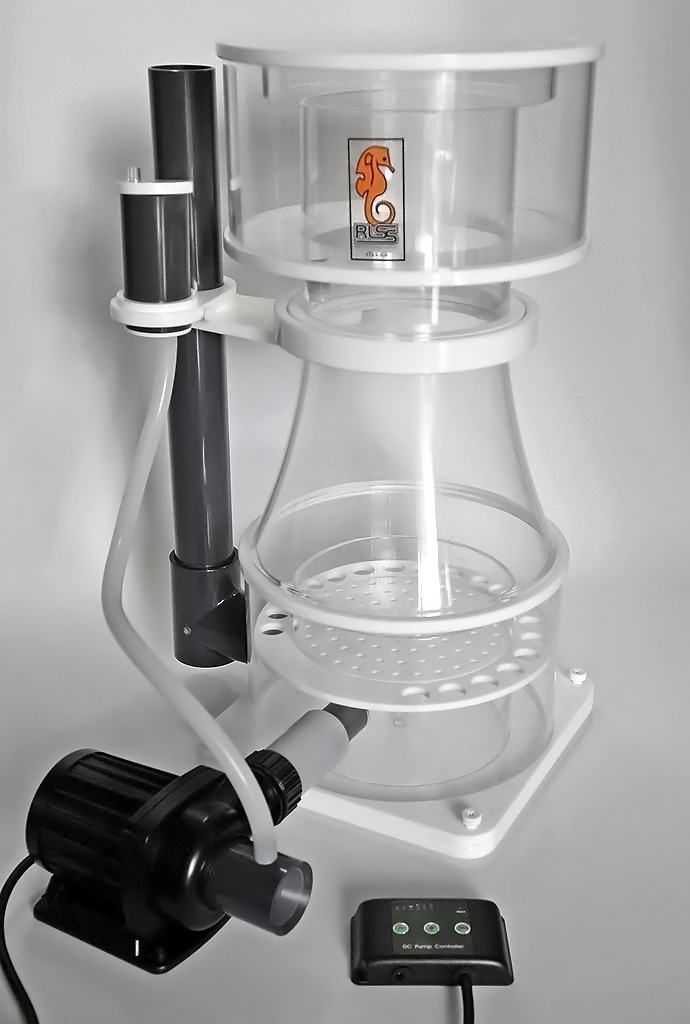 H2O Systems includes an air silencer, custom venturi intake, and all the silicone tubing required for operation.  The entire skimmer system (including the Waveline pump) is shipped in a single box.  Some assembly is required, and H2O Systems will soon provide instructions on their website.  Unboxing and assembly took us less than 10 minutes, and no tools were required.

The R10-U measures 10″ diameter at the base of the reaction chamber and collection cup (hence the R10 model number).  The entire skimmer (sans the grey PVC plumbing) is manufactured from sturdy acrylic. Fit and finish is top notch.  Read more specifications at the end of this review. 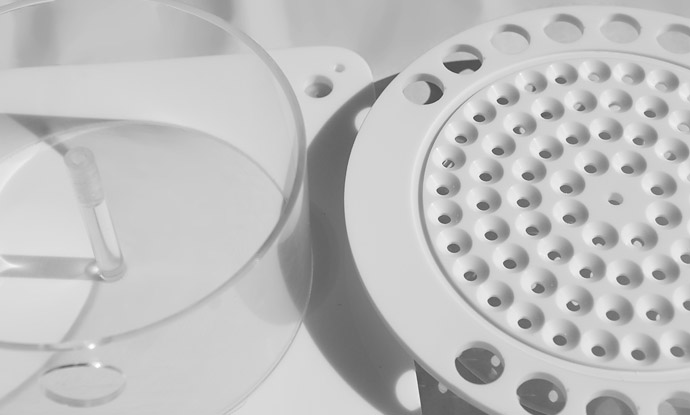 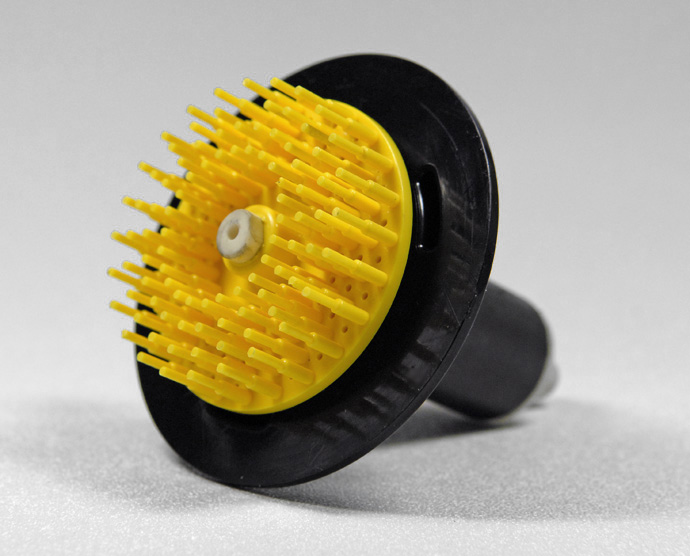 The custom RLSS needle-wheel is a generous 2″ diameter and spun on an impressively large diameter but short ceramic shaft, reducing potential for imbalances that can generate both noise/vibration as well as excessive wear.  All friction points are ceramic to ceramic, including the bushings (no rubber whatsoever).  This is as robust a needle-wheel assembly as I’ve seen.

The needle-wheel features dual diameter pins and perforations on the back plate.  H2O Systems claims the stepped pins create finer bubbles and the perforations help reduce heat buildup at the motor.

As an energy-efficient DC pump, the Waveline runs very cool.  In theory, this should also improve reliability and reduce calcium buildup. 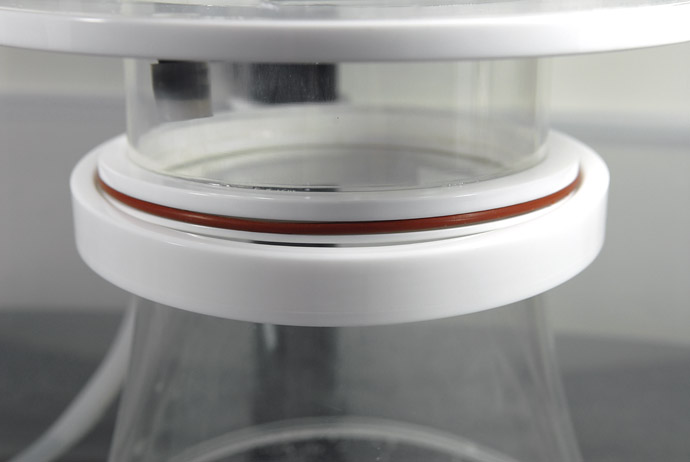 The RLSS collection cup is connected to the skimmer body via a slip joint fitted with an o-ring. The connection is watertight and solid.  In fact, if I was to levy my first critical comment, it’s that the fitting was too tight.  Removing the collection cup proved awkward.  In theory, a slip fitting should be easier to remove than a screw-on or union collection cup, but I found this was not the case with the review unit.  But I’m nitpicking.

Let’s start with the skimmer’s noise level.  The RLSS R10-U is one quiet skimmer, on par with the best Askoll-based (e.g. Red Dragon) protein skimmers such as Bubble Kings.  The Waveline pump generates virtually no noise or vibrations; Whatever vibration that exists is absorbed by the silicone and rubber feet on the skimmer and pump respectively.  The silicone tubing also prevents transference of vibration from pump to skimmer.  The only audible noise comes from the air bubbles and a very low level rotor hum.

How does the R10-U skim?  To find out, I seeded the 20 gallon test reservoir with one cup of tea-colored skimmate (produced with another protein skimmer).  The RLSS R10-U developed a thick head of stable foam nearly instantaneously.  Since there are no standard metrics to quantify skimming performance, I’ll let the photos and video speak for themselves.

The noise you hear in the video is the bubbles popping with the lid removed. 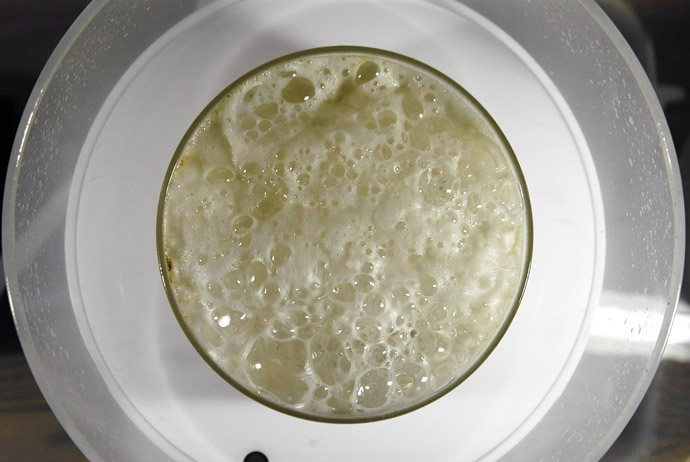 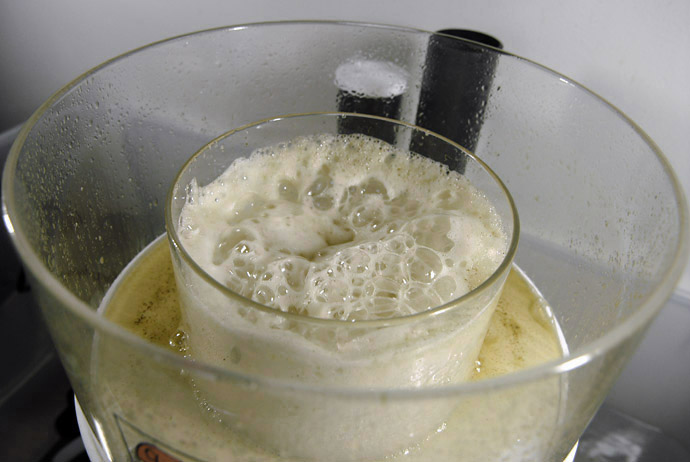 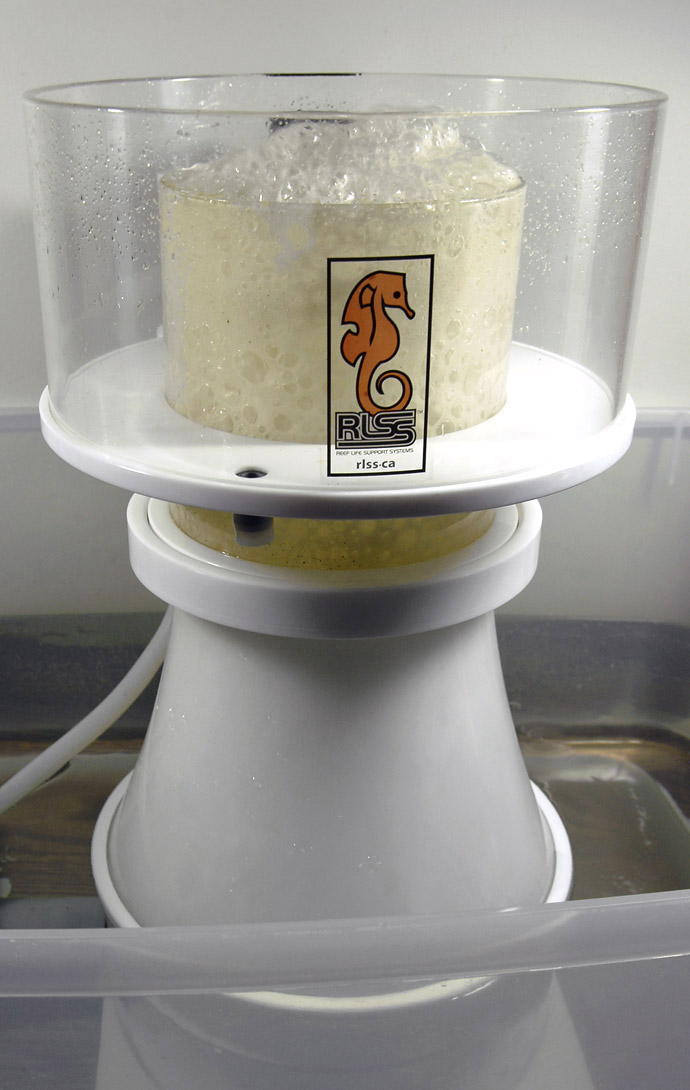 The Waveline pump generates a wall of fine bubbles with virtually no microbubbles returned back to the sump, evidenced by the photo above. I found the RLSS R10-U requires 8 inches of water to operate effectively.  Anything less than 7 inches and the pump (at full speed)  will suck air from the water’s surface.

Despite the curved cone design and bubble diffuser plate, the internal water column was more turbulent than some of its competitors.  This did not appear to hinder the skimmer’s performance as the photos/video show. Unfortunately there is no way to modify the water to air ratio to reduce turbulence; Reducing the pump’s speed results in a linear reduction of both water and air.  Again, the skimmer is  clearly capable of producing very thick and stable foam, so the turbulence “problem” may be academic.  And in all fairness, the skimmer may require more time to break in; I spent one week with the review unit before putting the skimmer through its paces.

At $799.99, the RLSS R10-U is not a cheap protein skimmer, but it represents a terrific value compared to its competitors (some costing more than twice the R10-U).  We know this time-tested skimmer body (based on the JNS design) works well, but the heart of any needle-wheel protein skimmer is its pump.  The Waveline DC pump proves it is an effective protein skimmer pump capable of producing ample fine bubbles with minimal noise, heat, and electrical consumption. 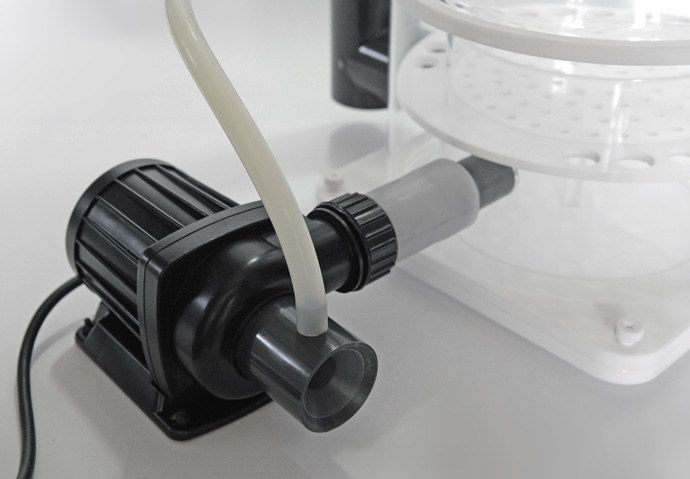 The manufacturer provided this product to Advanced Aquarist for review.