Every reef aquarist has observed that corals in the aquarium look the most colorful and vivid when viewed looking down into the tank from the top of the aquarium. Often this view is obscured by the rippling surface of the water and reflections of the light from the water surface, making it difficult to view from the top. The only recourse was to turn off the water flow and wait for the surface to get still. Taking pictures from this top view was quite a challenge as even small ripples would distort the surface enough to ruin a perfectly good picture. The alternative was to invest in underwater cameras that allow submerging the entire camera into the aquarium, or encasing the camera in expensive underwater housings. While these are well suited for diving applications, it is quite expensive to purchase an underwater camera or a housing just to be able to take pictures of corals in an aquarium.

This article will explore some of the cheaper options that will allow an aquarist to take stunning top down pictures of corals in the home aquarium with both simple point and shoot cameras and the more expensive SLR cameras. The common denominator in these options is to provide the ability to shoot pictures from below the water surface, thereby eliminating the effects at the air water interface that lead to picture distortion.

To enhance the top down viewing experience and allow for taking pictures from this view surface viewing boxes can be designed to eliminate this effect of the water rippling and surface motion. This in its most simple incarnation is a clear flat bottomed sheet of acrylic or glass with side walls. By immersing the viewing box into the water without getting water into the box once can get a clear view without being affected by the surface effects. This is essentially the same concept used by glass bottom viewing boats. Figure 1 shows a commercially available surface viewing box (available through Dr. Foster and Smith). As you can see, the view within the box is clear while the effects of the water surface are visible outside the box. 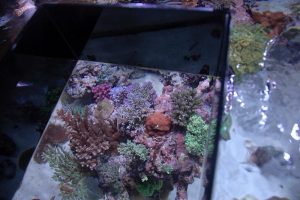 Using a camera, one can now take pictures of the view of the corals within the box. A major drawback of this technique is that it often requires the use of two hands – one to hold the box in place to prevent it from drifting away and another to handle the camera. A small point and shoot is easier to handle using one hand as compared to a heavier and bulkier SLR. Although this can be made to work, it is not the most convenient method.

The same concept can be further extended to enable capturing some of the incredible top down views by building simple view boxes for the camera. The key is to attach the box to the camera so as to keep the lens dry when the viewing area is submerged, and to create a large enough viewing area so the walls do not show up in the field of view. 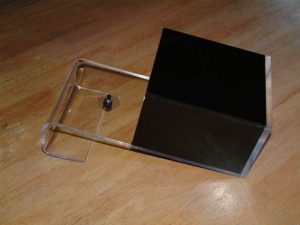 There are several creative variations of this basic concept that can be used, depending on the type of budget, sophistication and elegance required. All these rely on the basic idea of keeping the camera and lens dry while allowing partial submerging to break the air water interface.

BOX – this is typically a rectangular box constructed with acrylic, with clear or darkened side walls similar to a surface viewing box. One side is made longer with a screw in it to allow it to be attached to the camera via the tripod mount hole. The box can be made small enough to allow the lens to fit comfortably, or larger to allow the use of your hand for manual focusing. Figure 1 a and 1b shows a typical camera box. This one is made by Marc Levenson. In this design, the long side of the box is bent into a U shape to allow the box and camera to be stabilized against the edge of the tank. This also allows some degree of safety in preventing the box from accidentally getting submerged and filling up with water. 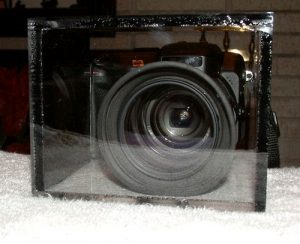 TUBE – Another simple variant is to use a cylindrical tube instead of a box. This makes for much simpler construction. The tube is sized to be slightly larger than the lens diameter. Nylon screws are used to hold the tube on the camera lens instead of mounting it to the camera’s tripod mount. Figure 2 shows an example of a picture tube given to me by a Boston Reefers club member – Gustavo Pagnozzi. This is currently being used by me on my Nikon D70 SLR camera to take the pictures shown in Figure 5.

Both designs work equally well, and are easy to construct and use. Mounting the tube on the lens allows for manual focusing if the tube is mounted on the camera’s focusing ring. However, this approach will not work well with the point and shoot camera’s where the lens diameter is rather small and the lens retracts into the camera when turned off. 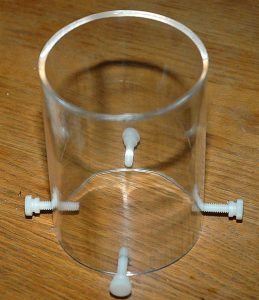 Before using, it is very important to pretest the devices for water proofing, and make sure that the seams are sealed well enough to avoid leaks. Make sure the bottom surface is clean and scratch free. Additionally since these are open be very careful to ensure that you do not submerge the box deep enough to have water go into the box and damage the camera and/or lens.

3) Cheap ‘Ghetto’ Version of the top down box

GHETTO – Figure 3 shows a cheap version of the top down box made with Tupperware and plexiglass, designed by Michael Bollinger. Details on construction can be found in this thread on reefs.org (http://reefs.org/phpBB2/viewtopic.php?t=105955). Functionally its servers the same function, allowing the user to submerge the viewing box and keeping the camera and lens dry.

Once you have the box (or its variants) mounted on the camera, the following techniques can be used to take the pictures. Keeping the bottom pane submerged use the autofocus capability of the lens to focus on the corals and take the pictures. To get more close up pictures use a macro lens. Make sure that you keep the inside of the box free of water at all times, else you may make the lens wet and damage it with the salt water. Also make sure the camera is held securely in your hand while taking the pictures. Use the camera strap to further ensure that the camera will not accidentally fall into the aquarium. Stand on a firm stable surface and do not lean too far over the tank so as to fall off balance. Often the lighting system may get in the way. Depending on how the lights are mounted you may be able to move it higher. Usually with the aquarium lights on, you will have enough light to take pictures without any additional lighting. Turn the waterflow off if you want to make sure that the polyps are still and moving polyps are causing blurriness due to slower shutter speeds and/or hand shake. If additional lighting is desired, you can use an external flash. 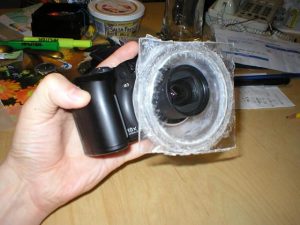 Figure 3. A cheap version of the top down box designed by Micheal Bollinger

There are several relatively cheap plastic water proof soft camera bags that can be used with point and shoot cameras and also with SLR. These bags are made by several companies, such as DiCAPac (www.dicapac.com) and Ewa-Marine (www.ewa-marine.com). Additional advantage of these bags is that they allow the complete camera to be submerged and allow for more flexibility of shooting in an aquarium, with less concern of flooding the photo box. The also provide clear optical quality material windows to take pictures through the bag. These soft bags are designed for underwater photography. When used in an aquarium they are a lot easier to use with camera’s that support live view (pretty much all point and shoot camera). With most of the current generation of digital SLRs live view is not an option and view through the viewfinder is not an option when the camera is submerged. In this case, the only option is to rely of auto focusing and some guess as to what the camera is seeing. Figure below shows a camera in use underwater in a soft Ewa-marine bag. 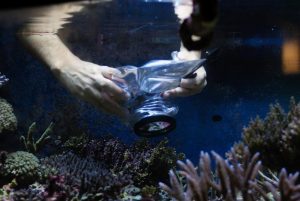 Figure 4. EwaMarine soft water proof bag in use by Jake Adams for taking Top down pics in the Penn State Aquarium. Photo by Gresham Hendee. 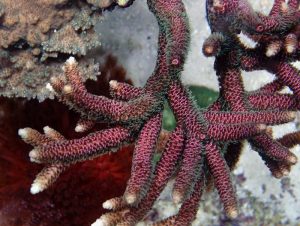 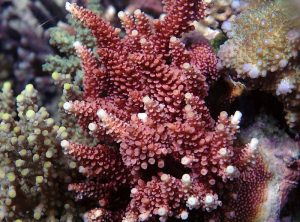 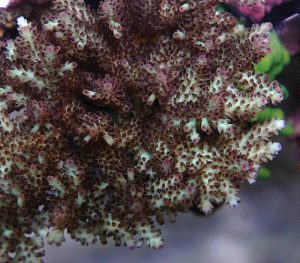 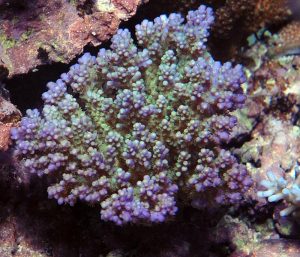 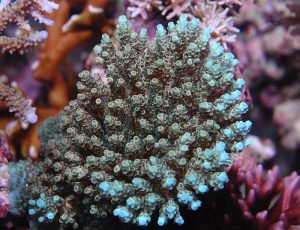