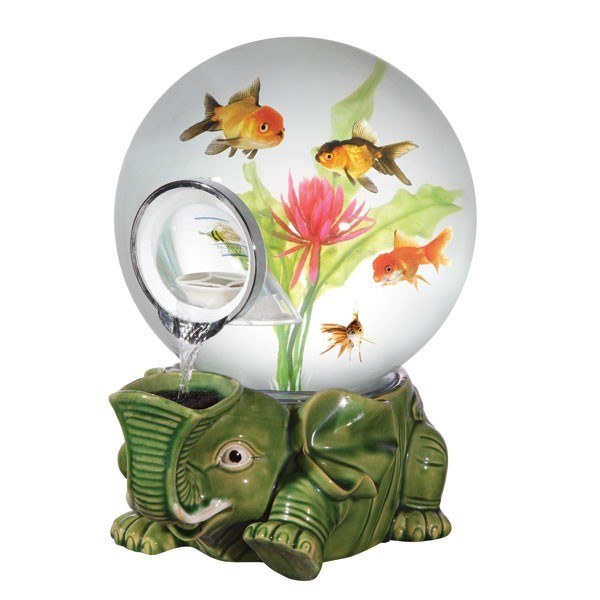 Aquatica Gallery premiered their innovative Magic Globe aquarium in 2006 without much fanfare with aquarists.  Even after winning the Global Pet Expo’s Best in Show Award (Aquatic Category) not once but twice, it received little attention from aquarium media outlets.

Frankly, we’re a little surprised.  The Magic Globe is one neat little aquarium.

The Magic Globe is a 5-6 gallon spherical aquarium sealed on top and fully filled with water but with a cascading fountain streaming out of its side. In order to achieve this seemingly impossible effect, the designers use a clever pressure gradient phenomenon (akin to airlocks) to create a side-opening waterfall without the water emptying out even if the power is interrupted.  A small pump (and filter) in its catch basin recirculates water back into the bowl.

We realize the Magic Globe is a gimmicky aquarium product, but oh what an cool gimmick it is!  It turns the age-old concept of a common fish bowl upside down … or rather on its side.   The Magic globe comes in several base designs (a few of which are pictured below) and is also available in a dual fountain version through major retailers like Amazon and range between $95-130 USD.