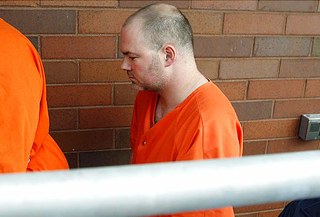 
Tetrodotoxin (abbreviated TTX) is a powerful, naturally occurring neurotoxin found in pufferfish, blue-ringed octopus, toads, et al.  It binds to nerve endings and blocks them from firing signals, effectively shutting down biological functions and leading to a slow, painful death through respiratory paralysis.  TTX is ten times more toxic than cyanide and has no known antidote.

Edward F. Bachner, 38, posed as a research doctor in order to purchase mass quantities of TTX.  When he placed his fifth order for 98 milligrams of Tetrodotoxin from a medical and chemical products distributor, the seller, concerned with Bachner’s excessive purchase history, contacted federal officials, which ultimately led to his arrest in February 2008.  To put this amount in perspective, 1mg of Tetrodotoxin is capable of killing an adult human.

In August 2011, Bachner pleaded guilty to amassing large quantities of poison in addition to wire fraud and filing a false tax claim.  In his plea, he admits to fraudulently obtaining the toxin by posing as Dr. Edmund Backer, as well as acknowledging a plan to kill his wife using TTX to collect on a $20 million insurance policy.  Bachner faces up to life in prison and a $750,000 fine, although his sentence will likely be reduced due to his guilty plea.  His sentencing is scheduled for December 8, 2011.

Scientific researchers are legally permitted to purchase Tetrodotoxin.  A special registration from the Centers for Disease Control and Prevention is required to purchase 100 mg or more.

Coral reefs are full of chemicals – some with great medical promise but also some with terrible weaponized potential such as tetrodotoxin and palytoxin (read Toxins, Venoms and Inhibitory Chemicals in Marine Organisms by Aaron Sewell).  It is unclear what Bachner was planning to do with all the TTX (over 160mg worth!), but the potential harm this man could have inflicted is chilling, as is the apparent ease by which one can obtain such lethal toxins.

Some of the deadliest poisons are found in our oceans