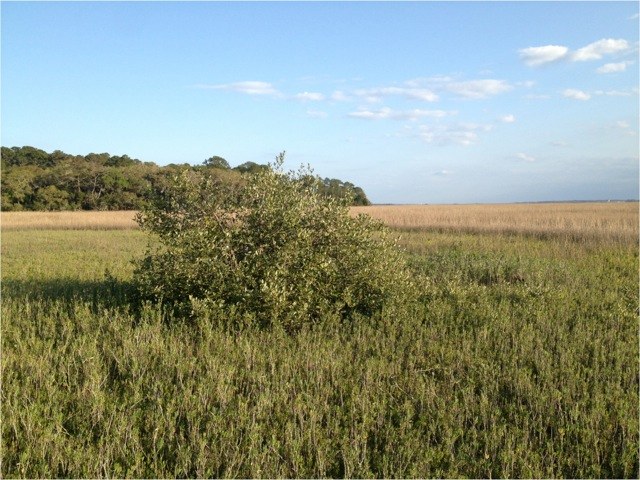 
Other studies have tracked the poleward expansion of coral reefs and other tropical sealife, some at rather brisk rates such as what is happening in Japan.  As temperatures shift, ecosystems will shift along with them.

Cold-sensitive mangrove forests have expanded dramatically along Florida’s Atlantic Coast as the frequency of killing frosts has declined, according to a new study based on 28 years of satellite data from the University of Maryland and the Smithsonian Environmental Research Center in Edgewater, Md.

Between 1984 and 2011, the Florida Atlantic coast from the Miami area northward gained more than 3,000 acres (1,240 hectares) of mangroves. All the increase occurred north of Palm Beach County. Between Cape Canaveral National Seashore and Saint Augustine, mangroves doubled in area. Meanwhile between the study’s first five years and its last five years, nearby Daytona Beach recorded 1.4 fewer days per year when temperatures fell below 28.4 degrees Fahrenheit (-4 degrees Celsius). The number of killing frosts in southern Florida was unchanged.

The mangroves’ march up the coast as far north as St. Augustine, Fla., is a striking example of one way climate change’s impacts show up in nature. Rising temperatures lead to new patterns of extreme weather, which in turn cause major changes in plant communities, say the study’s authors.

Unlike many studies which focus on changes in average temperatures, this study, published online Dec. 30 in the peer-reviewed journal Proceedings of the National Academy of Sciences, shows that changes in the frequency of rare, severe events can determine whether landscapes hold their ground or are transformed by climate change.

The mangrove forests are edging out salt marshes, said University of Maryland Entomology Professor Daniel S. Gruner, a study co-author.  “This is what we would expect to see happening with climate change, one ecosystem replacing another,” said Gruner, who co-leads an interdisciplinary research project on mangrove ecosystems, along with Ilka C. Feller of the Smithsonian. “But at this point we don’t have enough information to predict what the long term consequences will be.”

One valuable ecosystem replaces another – at what cost?
“Some people may say this is a good thing, because of the tremendous threats that mangroves face,” said the study’s lead author, Kyle Cavanaugh, a Smithsonian postdoctoral research fellow. “But this is not taking place in a vacuum. The mangroves are replacing salt marshes, which have important ecosystem functions and food webs of their own.”

Mangrove forests grow in calm, shallow coastal waters throughout the tropics. Salt marshes fill that niche in temperate zones. Both provide crucial habitat for wildlife, including endangered species and commercially valuable fish and shellfish. Some animals use both types of habitat. Others, like marsh-nesting seaside sparrows or the honey bees that produce mangrove honey, rely on one or the other.

Both provide valuable ecosystem services, buffering floods, storing atmospheric carbon and building soils. Both are in decline nationally and globally. Mangrove forests are cut down for charcoal production, aquaculture and urbanization or lose habitat to drainage projects. Salt marshes are threatened by drainage, polluted runoff and rising sea levels.

Florida naturalists noticed that mangroves now grow in places that once were too chilly for the tropical trees. “We knew this was happening, but no one knew if it was a local or a regional phenomenon,” Cavanaugh said.

Study used satellite photos, the “gold standard” in climate change
Cavanaugh, an expert in remote sensing, turned to photographs of Florida’s Atlantic coast taken by NASA’s Landsat 5, which launched in 1984 and tracked changes in Earth’s land cover until 2011. “It very quickly became a gold standard to examine the effects of climate change, because it lets you look back in time,” Cavanaugh said.

The satellite images revealed the mangroves’ expansion into terrain formerly inhabited by salt marsh plants. While the study only looked at the Atlantic Coast, the same trend is taking place on Florida’s Gulf Coast, Cavanaugh and Gruner said.

Mean winter temperatures have risen at seven of eight coastal weather stations in the study area. But if overall warming benefited mangroves, the mangrove cover should have increased all over Florida, not only in the north. Average winter temperature, rainfall, and urban or agricultural land use did not explain the mangroves’ expansion. Only fewer freezing days at the northern end of their range matched the trend.

The researchers are studying effects on coastal insects and birds; whether the change will affect coastal ecosystems’ ability to store carbon; and whether juvenile fish and commercially valuable shellfish will remain abundant in the changing plant communities.

Cavanaugh is looking at Landsat 5 imagery for Mexico, Peru, Brazil, Australia and New Zealand to see if mangroves are expanding elsewhere as they are in Florida.

The NASA Climate and Biological Response Program and the National Science Foundation funded this research.

Journal publication: “Poleward expansion of mangroves is a threshold response to decreased frequency of extreme cold events,” Proceedings of the National Academy of Sciences. www.pnas.org/cgi/doi/10.1073/pnas.1315800111