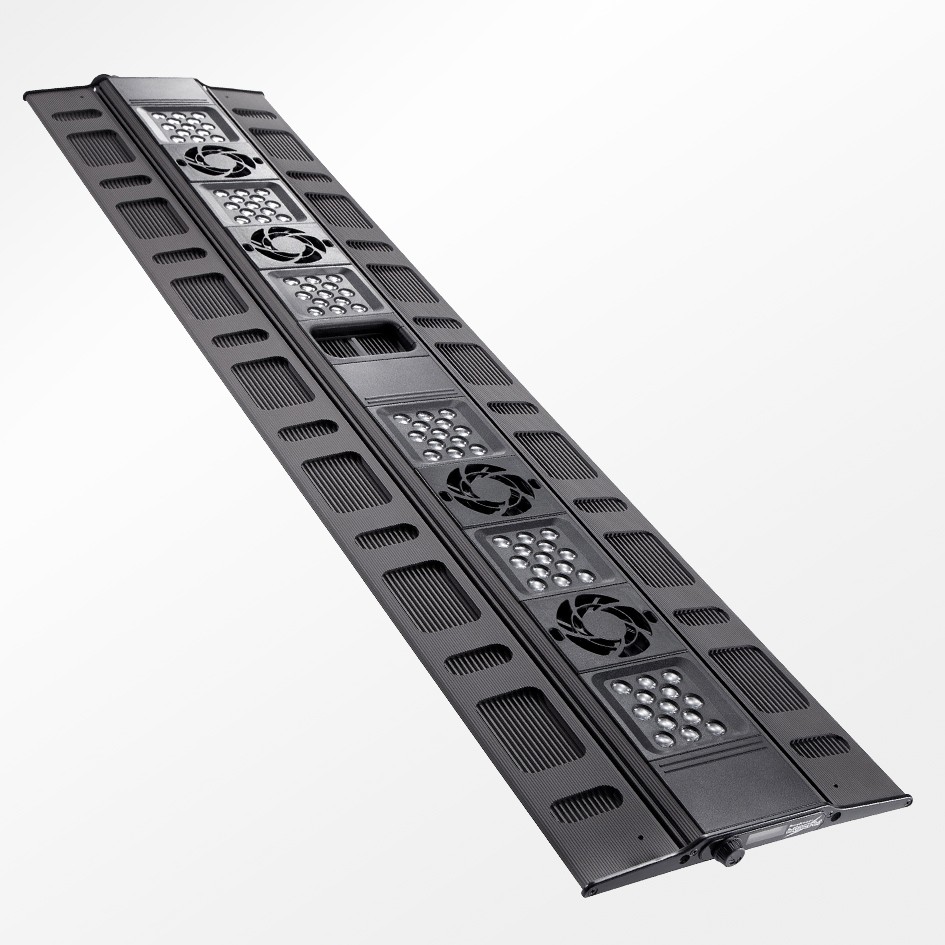 Since our initial reveal of the new R420R Razor 300w LED fixture came to us via poor quality video from a random trade show in some other country, we felt that this official announcement from Maxspect was a far more proper introduction. This new Razor is the largest in the lineup, sporting six clusters of LEDs across its nearly four foot wingspan. Besides the length and number of LED clusters, little is different from the other Razor models. In fact, the 300w verion sports the same control panel, the same LED colors, and all of the other features that have made the Razor such a popular choice for aquarium keepers. Priced at $899, the Razor measures 43.5 inches long, making it a perfect match for four foot long aquariums. With the mounting legs, which are included, the fixture stretches it reach by another four feet, allowing hobbyists even with eight foot tanks to join in on the fun. Despite its size, the R420R 300w fixture weighs just 9 lbs, allowing the hanging options to be virtually limitless. The fixture isn’t quite available to purchase, but it is showing up on the websites of retailers as they start taking pre-orders. You might remember from our previously released writeup on this fixture that it is actually replacing a 200watt prototype that was shown off at MACNA, as Maxspect felt the 200watt version just wasn’t going to cut it on larger tanks MORE: Maxspect 300w Razor LED Fixture Officially Announced