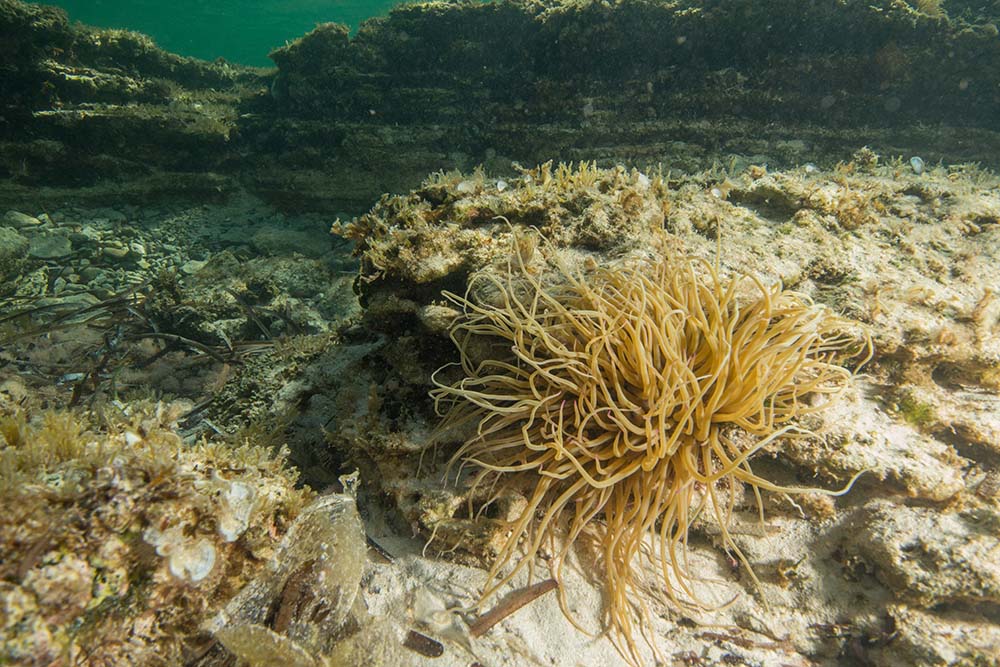 A. viridis (aka A. sulcata) are common anemones in the Mediterranean region, eastern Atlantic and UK coasts 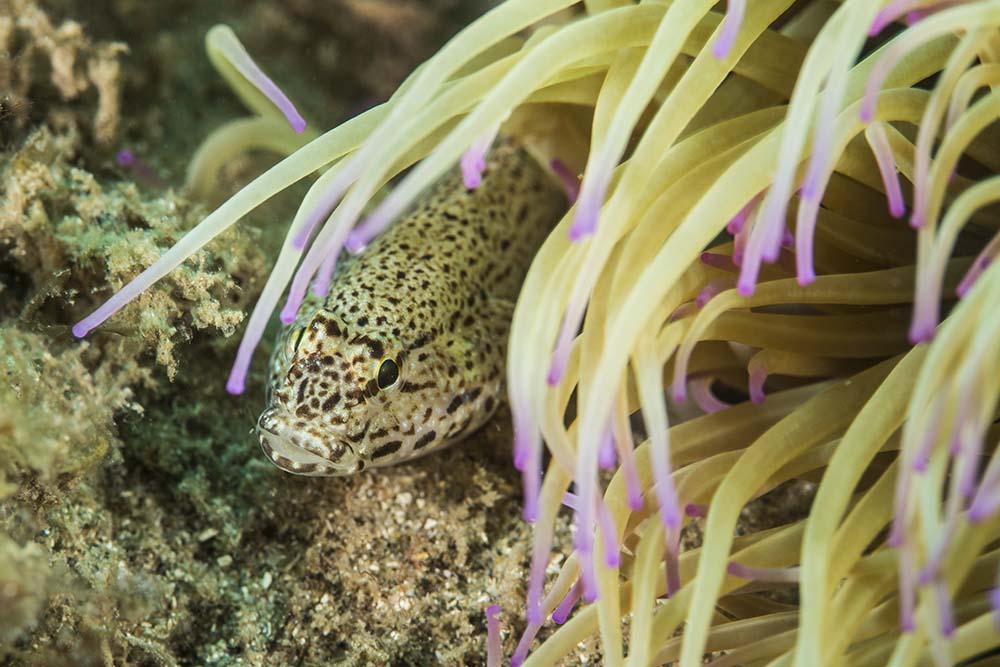 We all know of the relationship between anemone species and fish of the Amphiprion genus, but there are other species that associate with anemones as well, some for just part of their lives.  It’s widely believed that these mutualistic relationships are only found in tropical waters, but that’s not entirely true.  Meet Gobius bucchichii.

Bucchichs, or Anemone Gobies, are found in the Eastern Atlantic and the Mediterranean.  They can grow up to ten inches long, and as you can see, they ares well camouflaged for a life amidst sand and rocks.  They are an easy fish to miss. 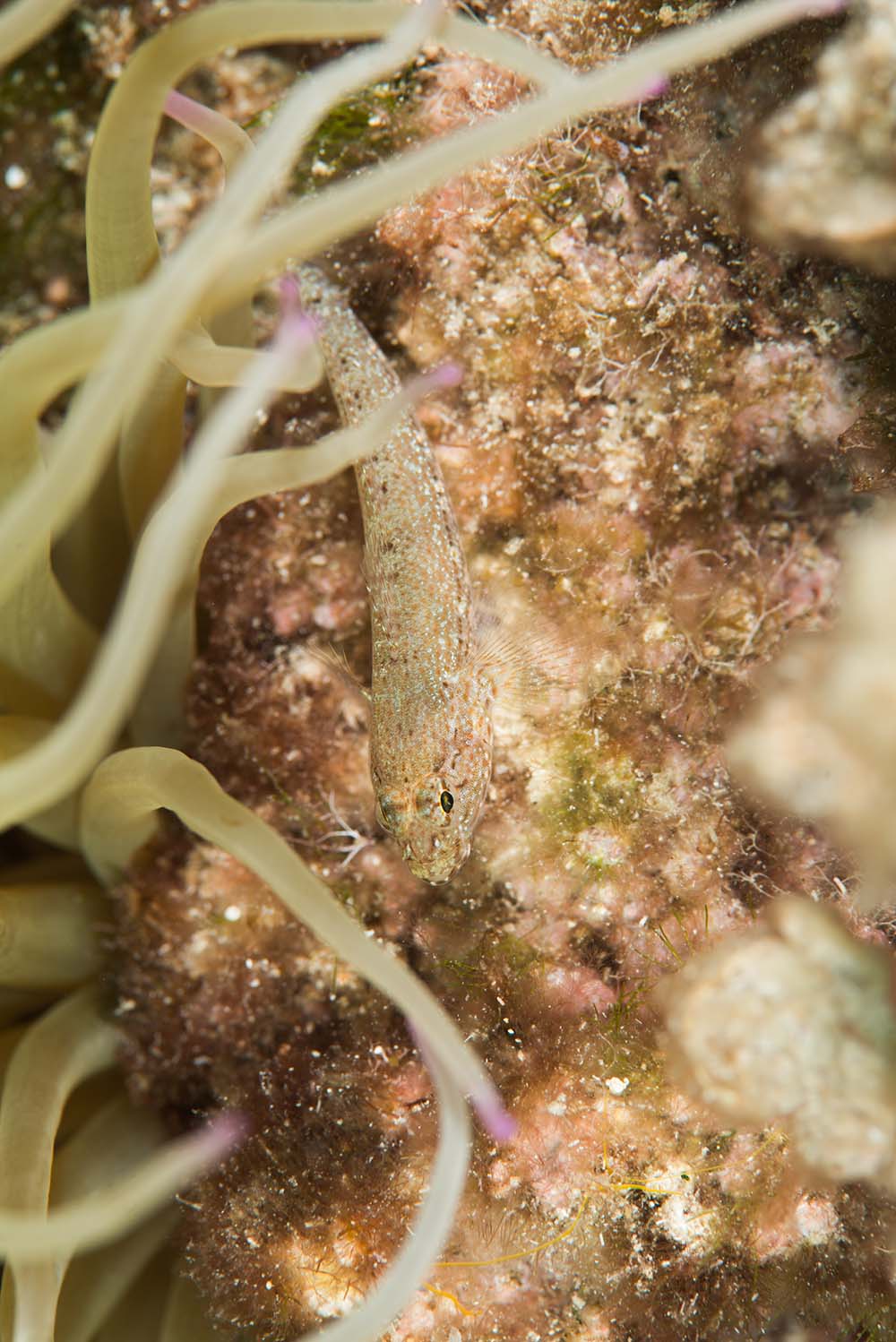 They live in association with the Snakelocks anemone (Anemone viridis) in shallow waters. Snakelocks are usually greenish, but often show pink or purple tips on their tentacles.  A species of shrimp and a small spider crab can sometimes be found living within them as well.

G. bucchichi feeds on small crustaceans and worms, both at night and during the day.  I assume it occasionally loses prey (or parts of prey during feeding) to the anemone, and I have not read any accounts of, or personally witnessed, the fish defending an anemone the way a clownfish will.  The sources I have read all regard the relationship to be commensal rather than a true symbiosis as the anemone doesn’t benefit (or if it does, only marginally) from the fishes’ presence.

Snakelocks anemones possess quite a potent sting and feed on small fishes, which indicates that the goby has resistance to the anemone’s stings.

Interestingly, I read an account suggesting that the relationship between the two species varies geographically.  In the Eastern Med, the relationship is less prevalent, and the fish are often found without an anemone, whereas in the western end of their range, the relationship seems to be downright obligatory.