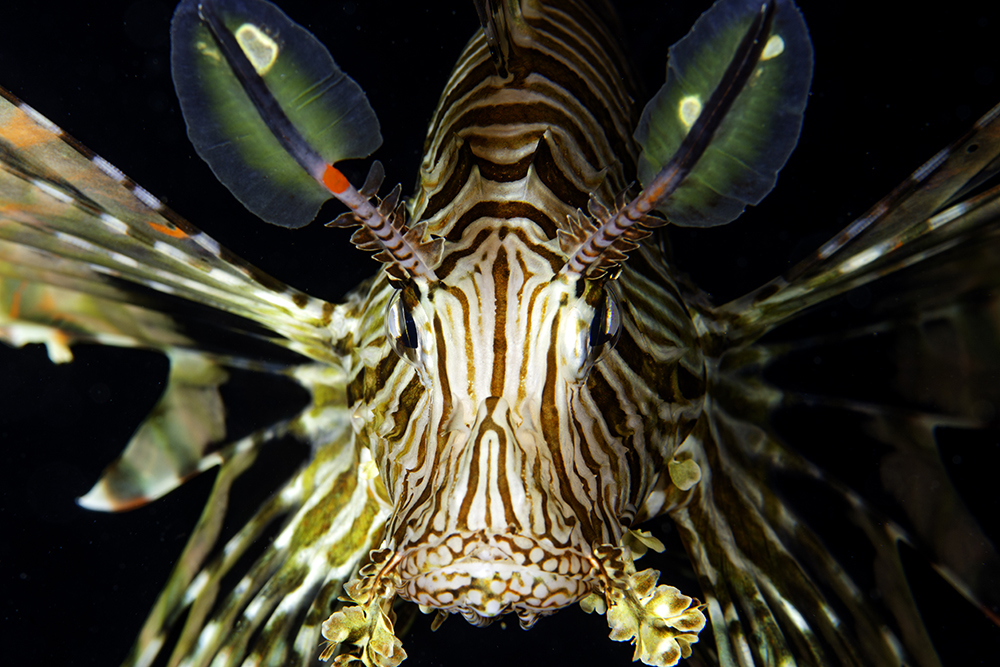 According to a new study, Lionfish are now well-established in the waters around the Mediterranean island of Cyprus.

It is only eight years since Lionfish (Pterois miles) were recorded off the coast of Cyprus. Since then, according to research carried out by teams including scientists from The University of Plymouth and the University of Cyprus, the invasive species is “thriving in the area and across Southern Europe”.

Unlike the Lionfish populations in the Tropical Western Atlantic (TWA), this group of fish is assumed to have spread from the Red Sea, through the Suez Canal, making it a ‘Lessepian’ species.  This name refers to Ferdinand de Lesseps, a French diplomat charged with the canal’s construction. 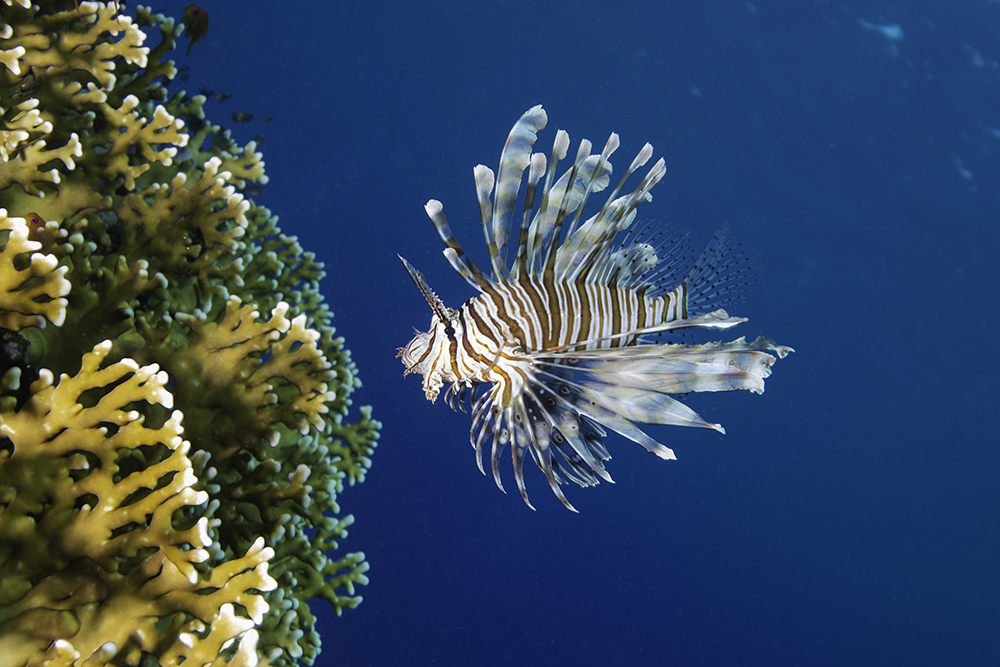 P. miles in its native habitat

The research, carried out as part of the EU’s RELIONMED project, warns that the fish could have a significant impact on the region.

Jason Hall-Spencer, Professor of Marine Biology at the University of Plymouth, said:

“The recent rapid spread of Lionfish in the Mediterranean is a serious concern for the balance of marine life in the region as this is the most damaging invasive fish species known to science. This study really does emphasize the need for biosecurity measures in the Suez canal which is like a cut artery, with marine invasive species pouring through.”

Whether any attempt at biosecurity in the Suez canal could ever be practical, especially in these troubled times is to me at least, quite doubtful.

The team also looked at how the species has changed behavior in comparison to the originating populations, finding evidence that the fish is achieving “greater body size and faster growth rates than those in the Indian Ocean.” The fish is also showing changes in its breeding behavior and more closely resembling the characteristics of the population in the TWA. 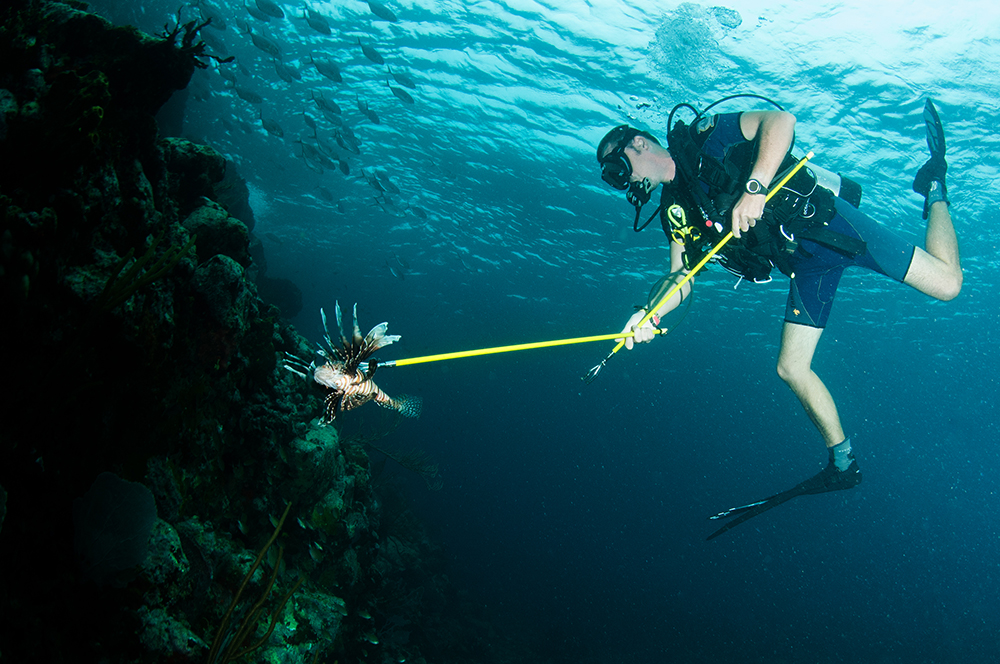 The effort required to control Lionfish is significant.

Some authors have suggested developing a market for Lionfish as one of the only ways to attempt to limit their population.  I have traveled to parts of the TWA where Lionfish are targeted by dive centers and occasionally by local spearfishers.  I’ve regularly been told how the fish change their behavior to avoid human interaction.  I suspect Lionfish are in the Med to stay and will continue their spread.

I should add that if you do get the chance to eat one, please do.  They are delicious. 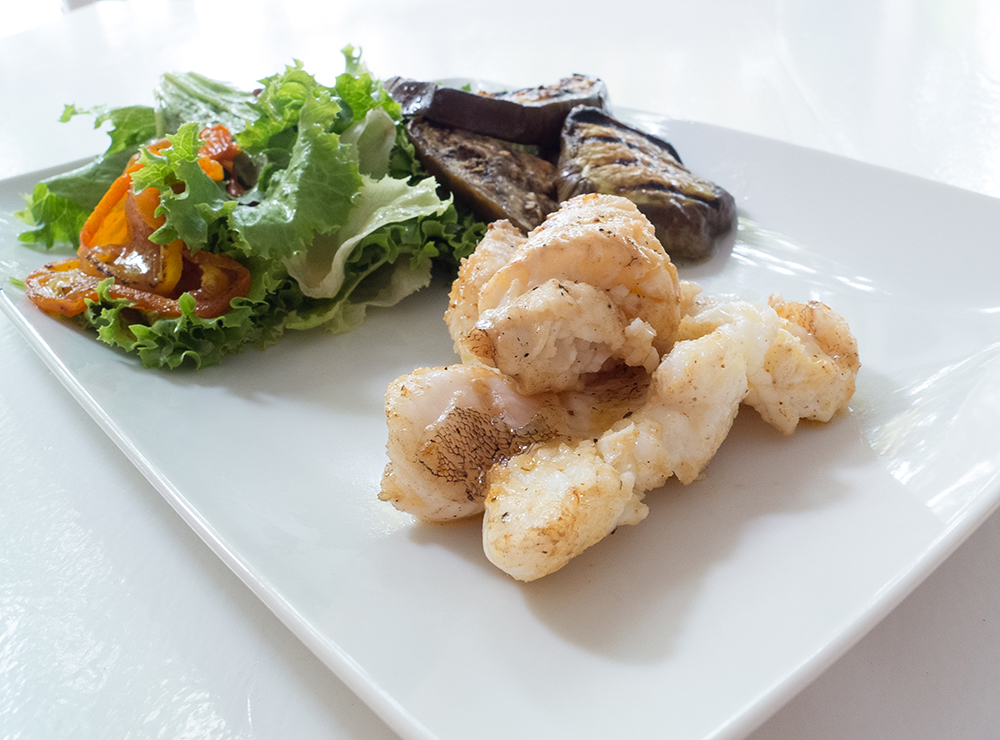 Fresh Lionfish fillet in the Caribbean.

journal reference:They are here to stay: the biology and ecology of Lionfish (Pterois miles) in the Mediterranean Sea by Savva et al – is published in Journal of Fish Biology, DOI: 10.1111/jfb.14340.

Quotes taken from press materials provided by the University of Plymouth.