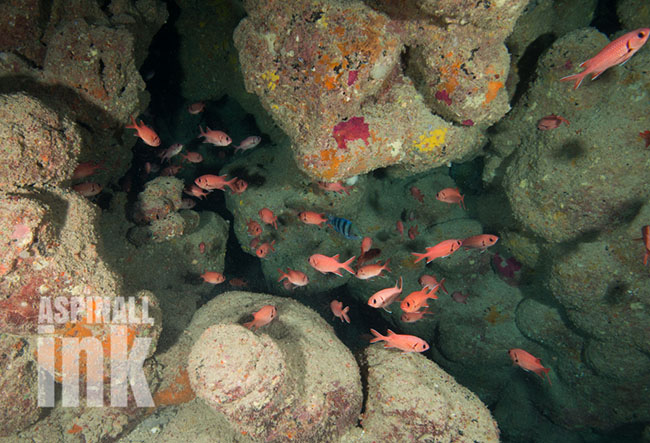 Soldierfishes and their close relatives the Squirrelfishes are mainly nocturnal animals.  Not natural candidates for an aquarium perhaps, but they are often seen in the hobby and can be kept in captivity as long as they have suitably large tanks with plenty of hiding spaces.  Keeping a small group is even possible. 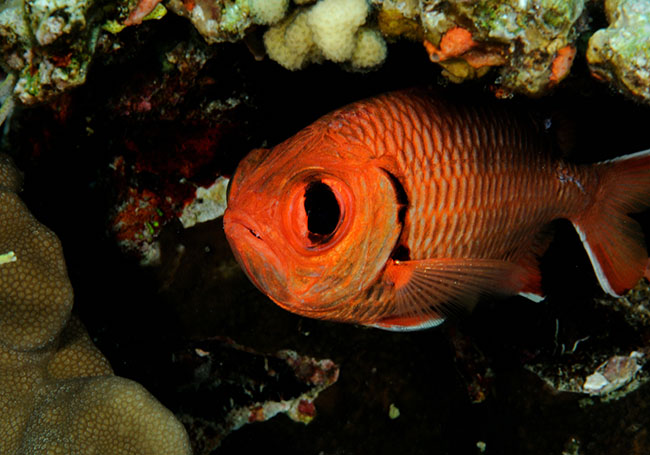 Not the most attractive of fish in my book, but some folk must buy ’em.

I mostly come across these fish when I’m diving in caves, though occasionally I see them hanging around together underneath coral structures waiting for nighttime when they disperse to hunt for crustacean or annelid prey. 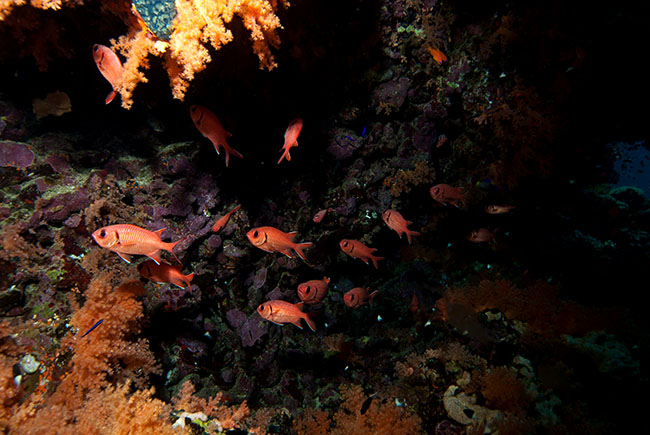 Their nocturnal nature is given away by their large eyes and by their color.  Red shows up as black in dim light, so unless you have a dive light or a camera fitted with flash, these guys are difficult to spot.  I’ve known quite a few people who have taken photos inside caves, and then been surprised to find there were shoals of bright red fish in the frame that they never knew existed before.  You see red pigmentation in several deep-sea dwelling species for similar reasons.

One of my older fish ID books suggests the family (Holocentridae) may be venomous and indeed, a quick bit of internet searching supports that, and offers a more updated account.  The venom is delivered by the preopercle spines in some members of the subfamily Holocentrinae (squirrelfish) only. 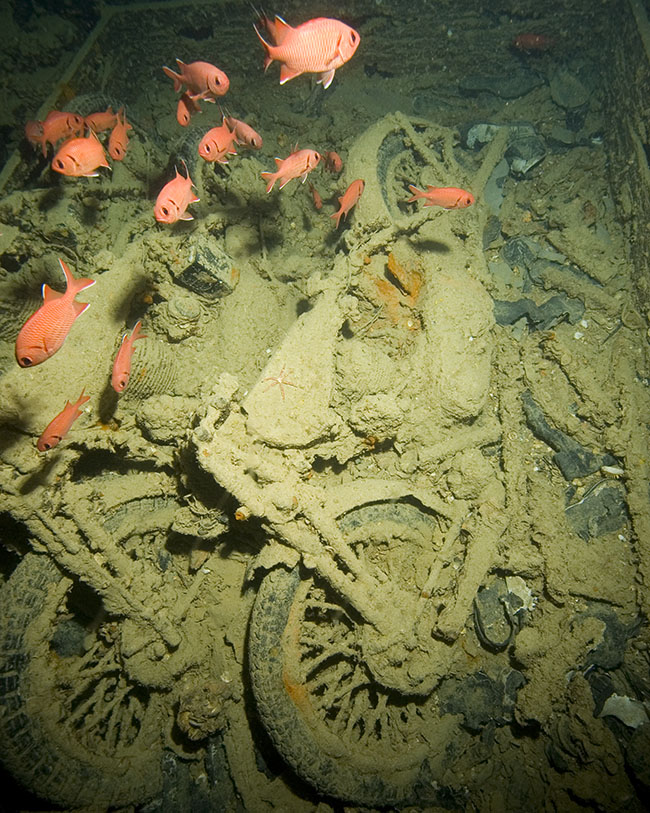 this ship was carrying all sorts of things, including motorbikes, when it was sunk in 1941. As far as the fish are concerned this is just any other cave.

I spend a lot of my diving time in shipwrecks and I have met quite a few of these fish inside holds, under decks, and in flooded companionways.