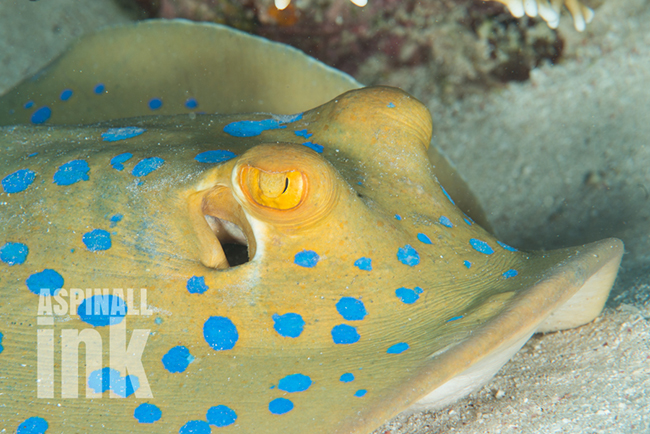 I’ve been photographing the Blue Spotted Ray for quite a number of years now, and of all the rays and their kin, I’d have to say it’s my favorite.  It lets you get up close and just look at those markings! 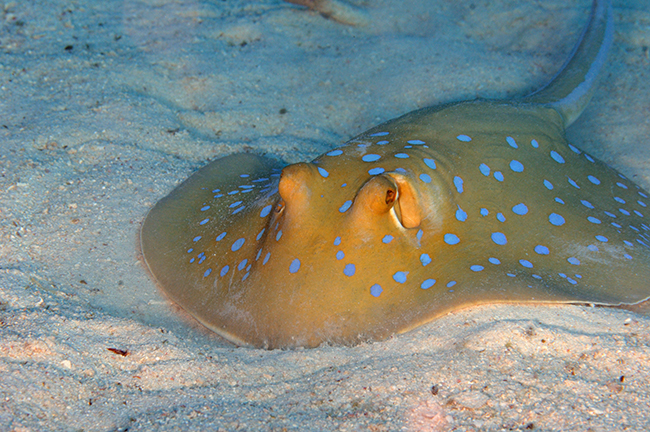 This is one of those species that causes much confusion, many divers in Europe call it a Stingray (as do several reef guides), but I think it’s better described as a Ribbontail Stingray or Taeniura lymma..  It is listed along with two other fish, T. grabata and T. meyeni, though a quick internet search finds a few sources that suggest these fish should not share the same genus. 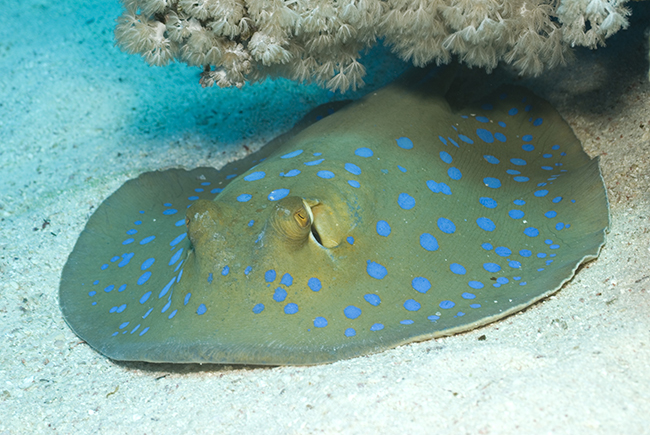 Personally I’ll leave the DNA analysis and the revision of phylogenetic trees to people who understand it better, I just like photographing ‘em, which is made easier as these fish don’t bury themselves anywhere near as often as other similarly-sized rays. T. lymna is reportedly sold in the aquarium trade, but I believe that it isn’t suitable for hobbyists and should be kept only in large tanks in public aquaria. In shallow enough water, and in intense lighting, those blue spots really do stand out.

I’ve seen the fish on sandy bottoms in waters in the Red Sea and the Indian Ocean, where its blue spots serve to break up its outline to predators like sharks and dolphins that are swimming above.  I’ve also seen the fish swimming in very shallow waters in lagoons and tidal areas, again those blue spots will serve to replicate the effects of bright glitter lines and protect the fish from attack from above, which can also be from birds such as Ospreys. 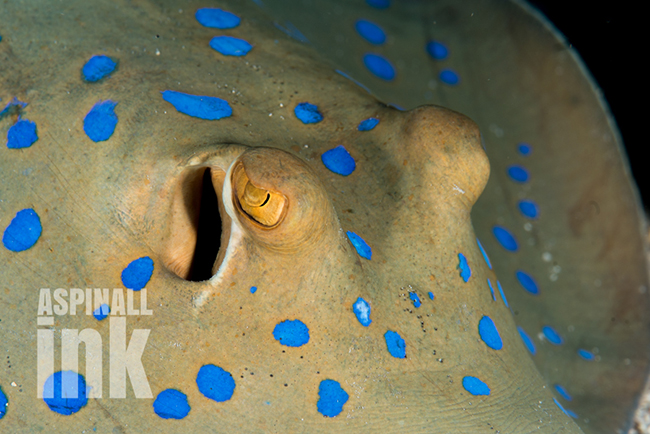 Sadly, the species, though still common in many areas, has been classified as Near Threatened by the International Union for Conservation of Nature and Natural Resources (IUCN) due to threats this fish faces from habitat loss and fishing.