Meet the Crocodile Fish, a bizarre member of the Scorpionfish family 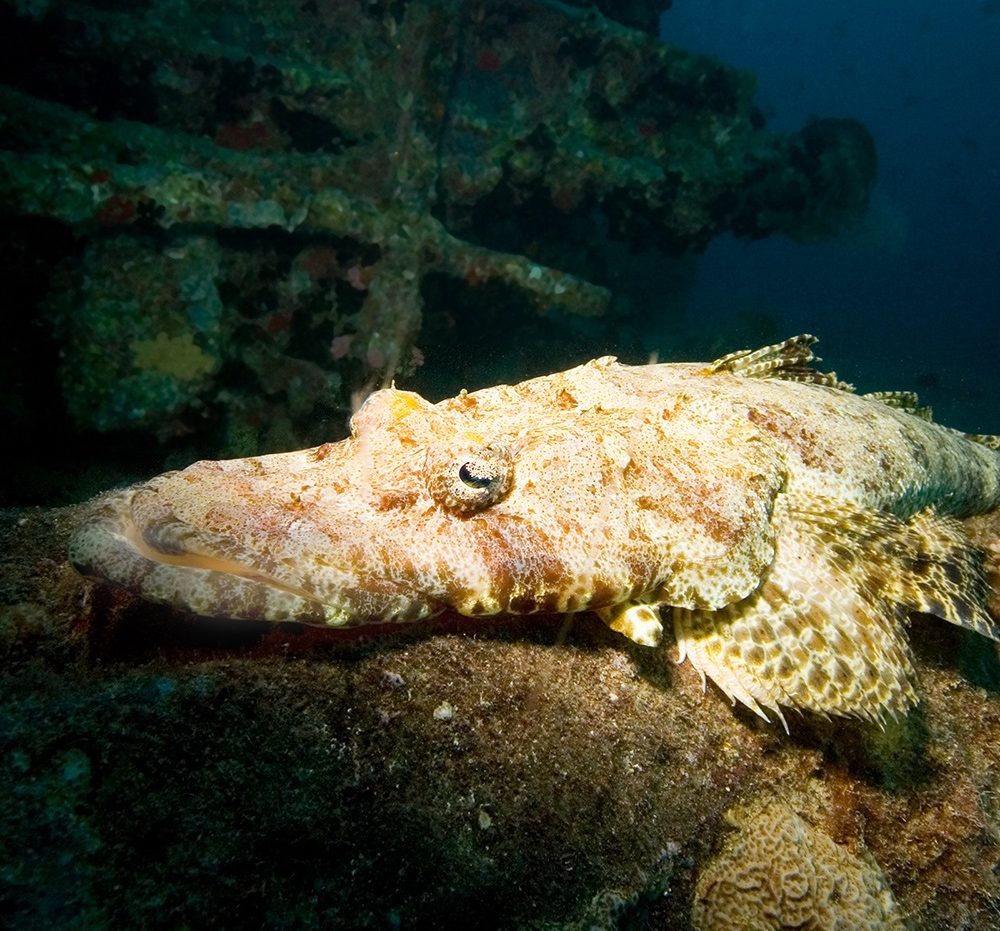 I just uploaded a post about camouflage in scorpionfish and thought I’d share a few pictures and facts about one of the oddest looking fish I’ve ever come across from the Scorpianiformes. 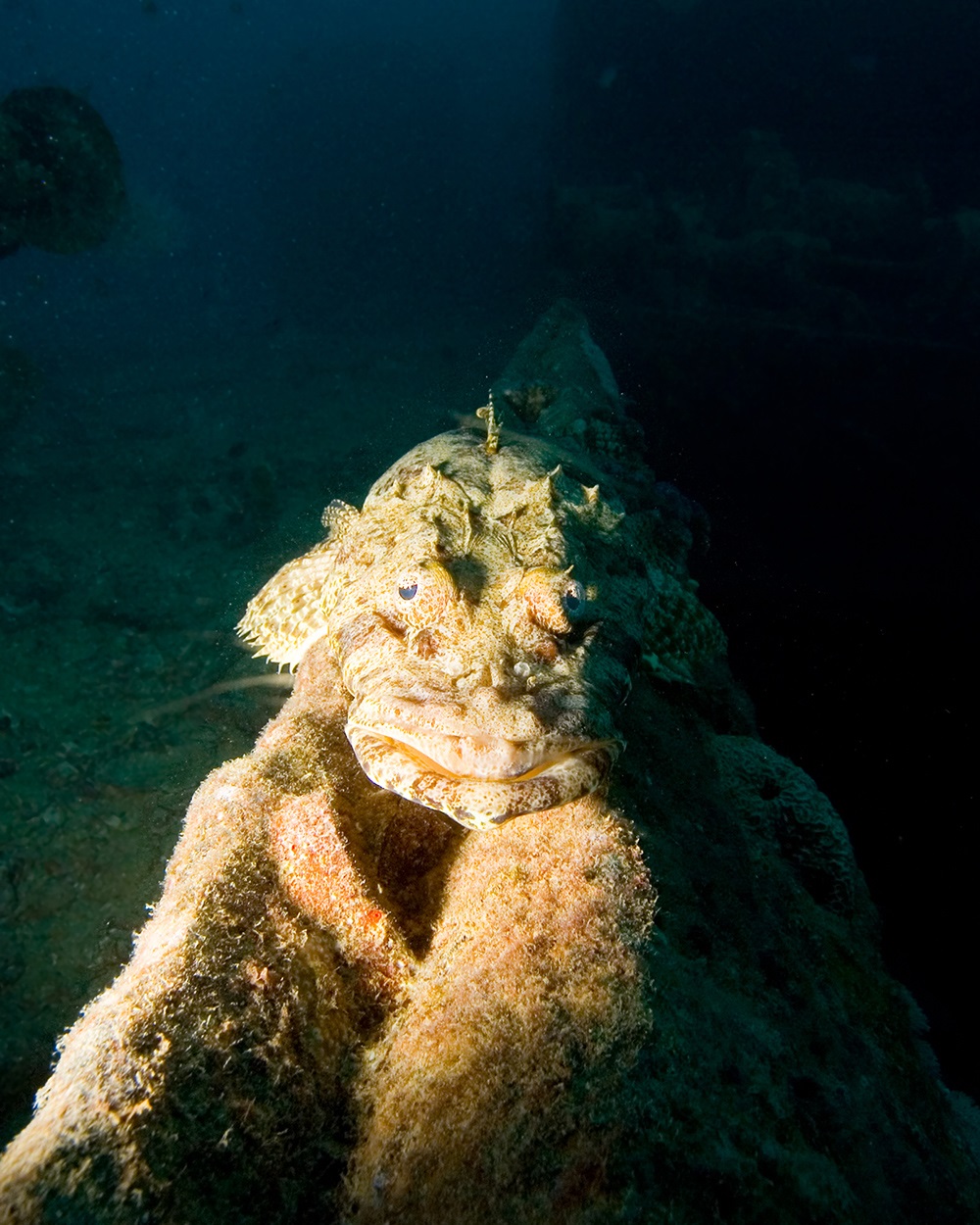 There are two species of fish that tend to be called ‘crocodile fish’ amongst the diving community in my part of the world: Cymbacephalus beauforti and Papilloculiceps longiceps. The latter is the one I’m most familiar with, having photographed it over many years in the Red Sea, though I have seen the smaller C. beauforti, from time to time – I do find them hard to tell apart though, if I’m honest. Thysanophrys is a smaller species that also adds to my confusion.

To be me more accurate about nomenclature, we should forget common names and refer instead to fishes within the Platycephalidae, this includes all the fish I’ve mentioned and the rest of the Flatheads, all of which show a similar body shape and are all bottom-dwelling fishes that rely on camouflage and being buried in the substrate to hide from their prey. This is usually crustaceans and small fish. 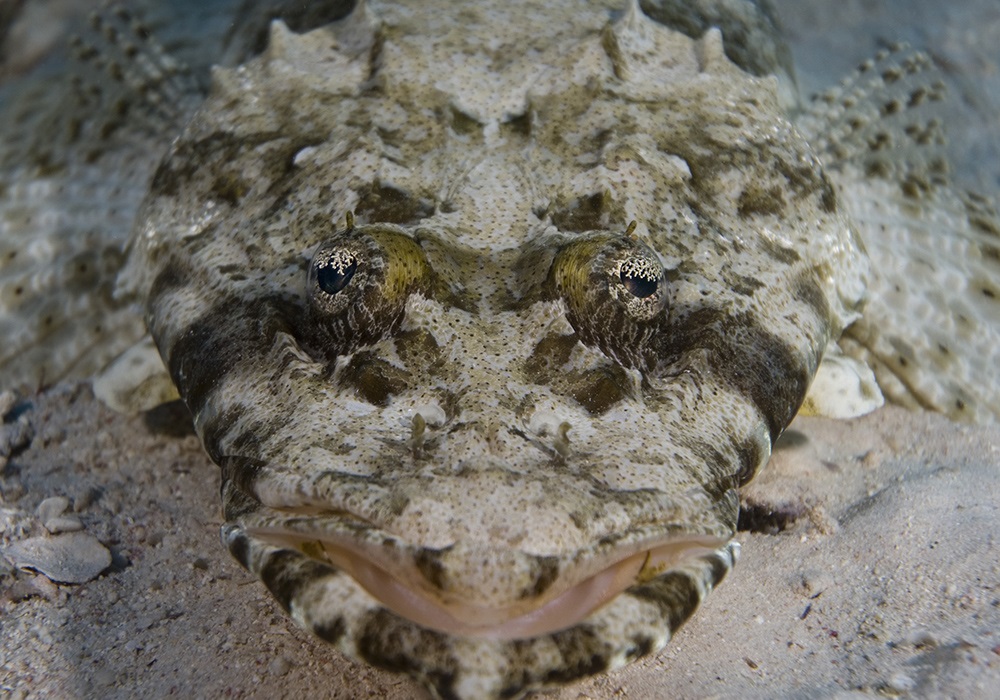 blending in on a shipwreck

While it is found across the Western Indian ocean, P. longiceps has made the journey into the Mediterranean via the Suez Canal, and is one of the species now associated with the so-called Lessepsian migration, named for Monsieur de Lesseps, the chap in charge of the Canal during its construction.

Crocodile fish are, as you can see, very well camouflaged to blend in with bottom substrates. They take their camouflage to the ‘next level’ and employ fringes of skin to break up the outline of their dark eyes. These frilled projections are known as Lappets. 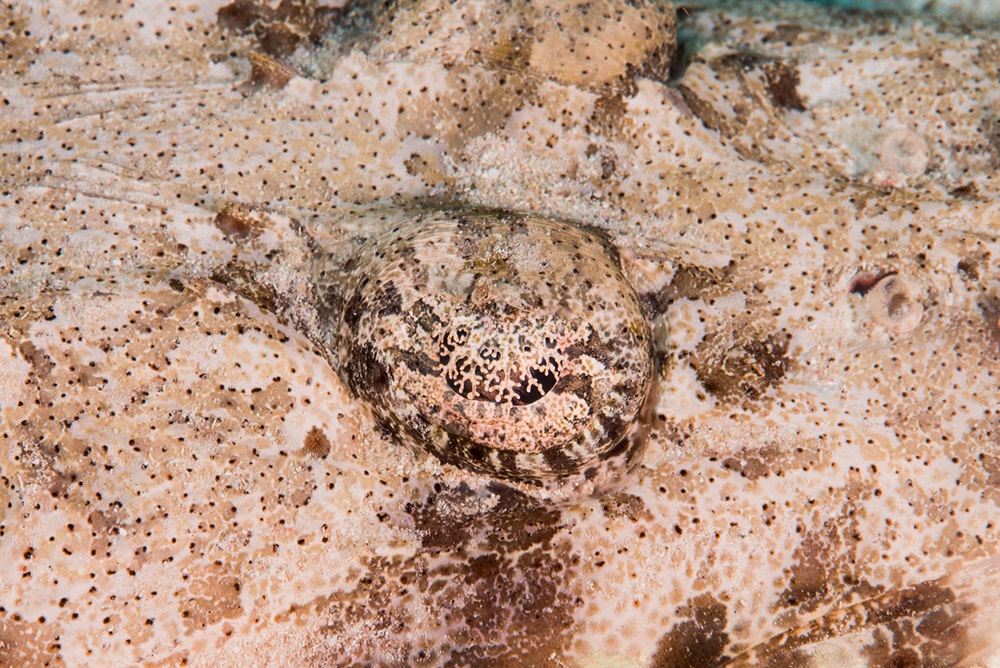 Crocodile fish can reach a meter in length and are seemingly supremely confident in their ability to blend in. This means that divers like me can approach them with ease. On occasion, I have been photographing shipwrecks and been surprised when what I though was a piece of steel detaches itself and swims lazily away!