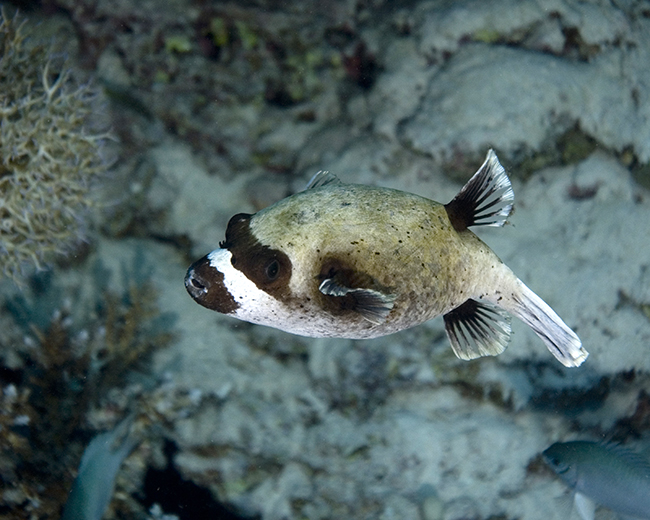 Of all the puffers, the Masked (Arothron diadematus) is the cutest, with its bandit-style racoon-like mask and big round eyes; it’s certainly a charmer. 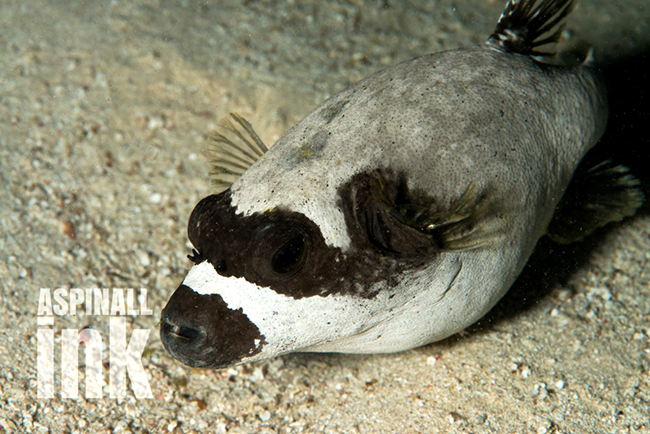 AKA the Panda Puffer

The genus Arothron contains fifteen species.  A. diadematus reaches thirty centimeters whereas the largest, A. stellatus can get to an impressive 1.2 meters!

The fish lives alone except for a few weeks in summer when it gathers in shoals to spawn. It does seem to have quite an ‘interesting’ piece of behavior that I took to be a joke at first: according to a few sources on the web, the masked Puffer builds nests in the sand.  Okay, this is normal for the family, but apparently they use their own sperm to reinforce the construction and masks their smell.

I’m not entirely convinced this isn’t a joke on Wikipedia that’s gone too far, so if it turns out it’s not true, then I think I’ll be relieved.  Given this kind of behavior, would you want one in your tank? 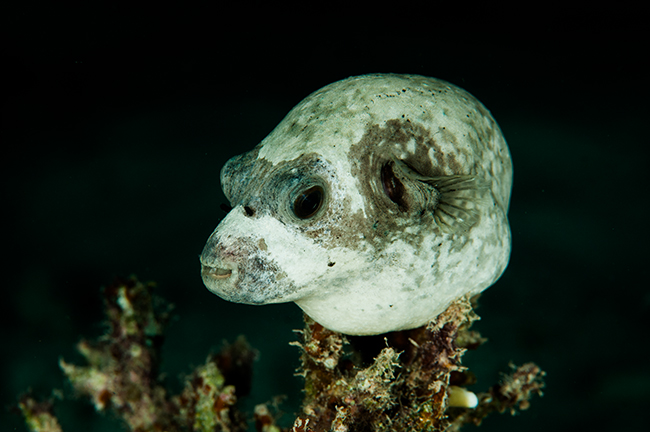 Resting up on coral head at night.

The fish can store tetrodotoxin in some of its organs so please don’t eat one without consulting a fugu chef first.  Also, the family (whose name means “four teeth”),  apparently has the shortest known genome of any vertebrate.  I’m not sure if you’ll ever need to know that, but just in case…