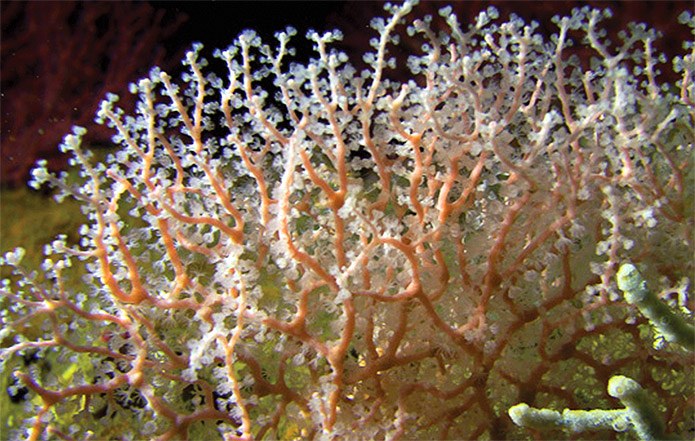 A peach-colored morph of Melithaea davidi with its polyps extended.


Melithaea sp. are most frequently observed on deep mesophotic reefs where little light penetrates.  Thus, the genus is all azooxanthellate (without symbiotic algae) and relies on filter feeding for their nutrition. Melithaea davidi‘s bright red and orange coloration along with its bushy white polyps are also classic hallmarks of azooxanthellate corals.

The new sea fan is often found covered with tiny ophiuroid brittle stars as seen in the red specimen below (they’re the stringy white things wrapped around the sea fan’s branches).  These brittle stars are thought to be symbiotic by cleaning debris that collects on sea fans while the sea fan provides shelter and a food source.

Melithaea davidi is described in ZooKeys.