In 2012, Gerry Allen and Mark Erdmann brought joy to fish nerds around the world with the publication of their magnum opus Reef Fishes of the East Indies. Included within its many pages were the scientific descriptions for a number of new species from the region, and this is where the enigmatic Pseudanthias mica was first introduced to the world. This extravagantly colored fish received all the usual fanfare that accompanies such an exciting find, and, in the years since its discovery, it has gone on to become a popular (albeit rarely offered and expensive) species in the aquarium trade. But there is a vexing question that surrounds Mica’s Anthias—is it truly a distinct species? 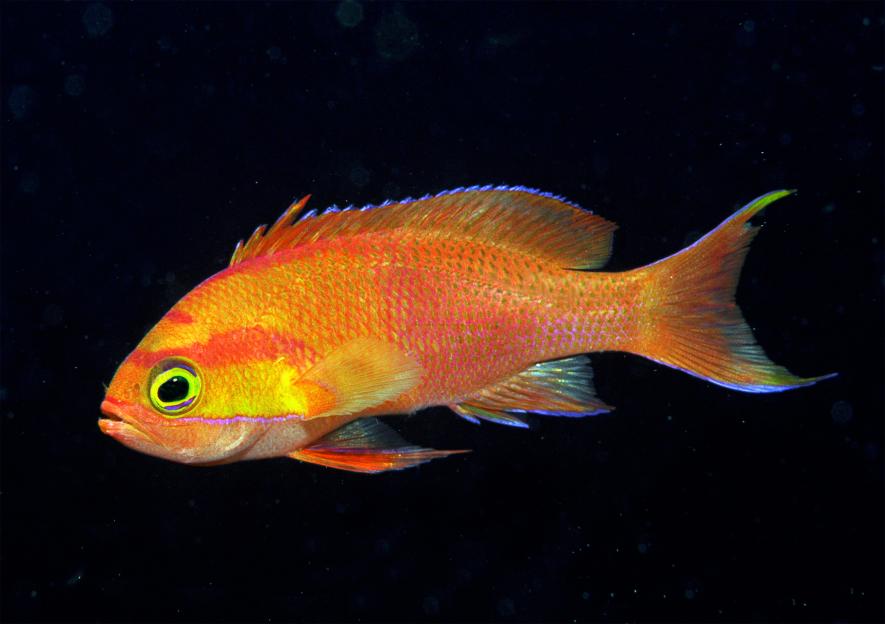 The answer is probably no. Since being described, there have apparently been no new sightings of this fish (or, at least none that have been verified or published anywhere). This means that the only reliable information we have for it comes from its original description, which was based on a single collection of six specimens made from the island of Lembata in Southern Indonesia at a depth of 52 meters. The authors made special note of the unusually low number of lateral line scales (36-38) in their specimens, stating that this trait is otherwise only seen in P. squamipinnis and P. hutchii. These two species are of course very different in their morphology and ecology relative to P. mica, having long been classified in their own unique subgenus, so it must have seemed obvious at the time that this was a fish in need of description… except it probably wasn’t. 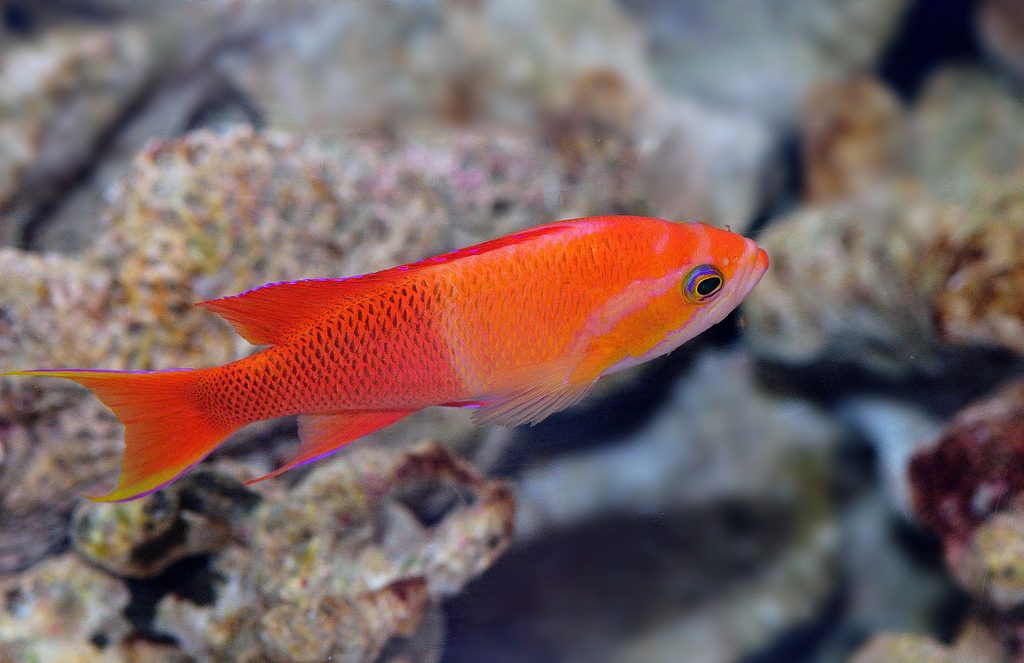 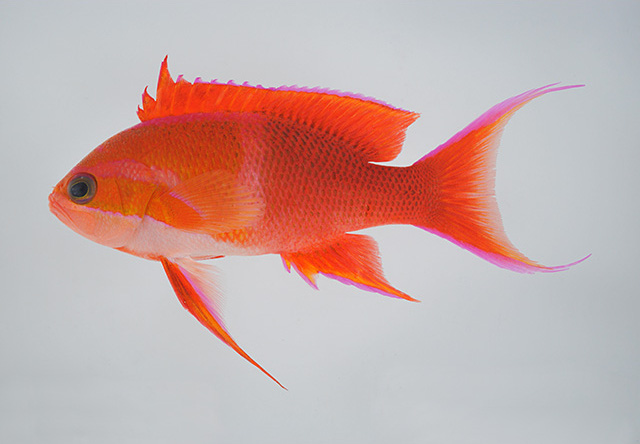 But, dear reader, consider the Whitebar Anthias (P. leucozonus). Described by Japanese authors in 1981, this stunning fish has thus far only been reported from mesophotic reefs in a small portion of Japan (Sagami Bay and Osezaki). A cursory glance will show it has what is essentially an  identical appearance to P. mica, possessing the same colorful highlights to the fins and the same pinkish bands on the forebody. Not surprisingly, the lateral line count (37-38) is also the same, a fact which was clearly overlooked by Allen and Erdmann in their description of P. mica. The specimens they had to work with appear to have been relatively immature (the largest being more than 30mm smaller than the maximum reported for P. leucozonus), and this may have exacerbated the confusion, as the characteristic patterning found in males had yet to fully form.

So let’s state the obvious here—P. mica and P. leucozonus are almost certainly the same damn fish. The specimens coming into the aquarium trade have more often than not been identified as the Whitebar Anthias, and these have been originating from both Bali and the Philippines, providing a significant range extension. But you’ll also sometimes see this same fish identified as P. mica for no obvious reason other than having been collected somewhere other than Japan. It remains unclear what the true geographic range of P. leucozonus/mica is. It could be that this is a fish found throughout the West Pacific, from Japan south to Australia. Or maybe this is a primarily Central Pacific species favoring clear, oceanic reefs which only occurs at a few scattered locations in the Coral Triangle. Or perhaps this species has an unusual northern distribution, as it has seemingly never been observed in the reefs of New Guinea, Australia, Vanuatu or Fiji (areas that a widespread West Pacific fish would be expected to inhabit).

Alas, we know so little of Mica’s Anthias, that it remains difficult to confirm or refute any of what I discuss here. Maybe P. mica and P leucozonus really are different in some subtle way, though, based on the broad geographic distribution most species of anthias display, this seems like an untenable argument to make. More likely, there’s just a single species that was mistakenly described twice, which would make P. mica a synonym of the Whitebar Anthias. This little mystery could be cleared up easily enough by comparing DNA of the Japanese population to the already existing DNA barcode of P. mica, but this sort of taxonomic minutia tends to take ages to work out. Describing a new species is always faster and easier than proving the opposite… and so Mica’s Anthias will likely continue to exist nominally for quite some time before it inevitably disappears into the nomenclatural ether.