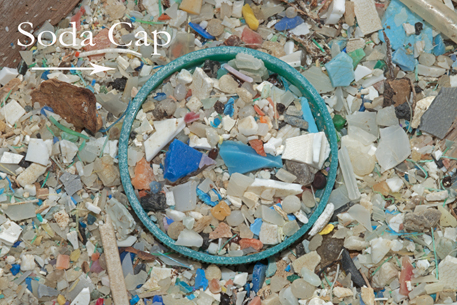 Good morning, I have something for you that is causing quite a stir in the world right now: Microplastics! I found this mess on the shores of Saint Joris bay and it would take a miracle to clean it all up as it is so small!

Microplastics are small plastic particles in the environment that are generally smaller than 1 mm (0.039 in) down to the micrometer range. They can come from a variety of sources, including cosmetics, clothing, and industrial processes, and often become embedded in animals’ tissue through ingestion or respiration. Various fish species, such as deposit-feeding lugworms (Arenicola marina), have been shown to have microplastics embedded in their gastrointestinal tracts. Many crustaceans, like the shore crab Carcinus maenas have been seen to integrate microplastics into both their respiratory and digestive tracts.

Not only fish and free-living organisms can ingest microplastics. Scleractinian corals, which are primary reef-builders, have been shown to ingest microplastics under laboratory conditions. While the effects of ingestion on these corals has not been studied, corals can easily become stressed and bleach. It was also noted that microplastics were present stuck to the exterior of the corals after exposure in the laboratory. The adherence to the outside of corals can potentially be harmful, because corals cannot handle sediment or any particulate matter on their exterior and slough it off by secreting mucus, and they expend a large amount of energy in the process and increasing the chances of mortality.MORE