Some of you may be aware that I was the accidental beneficiary of an unusual paring and spawning from an Onyx percula female and a Black ocellaris male clownfish. See the details in this article. The resulting offspring were named Black Photons and have developed over the years into a beautiful predominantly black clownfish with orange face, orange neck and varying orange patterns in the fins and tail. Recently, a freak accident has resulting in yet another odd couple pairing and spawning. I 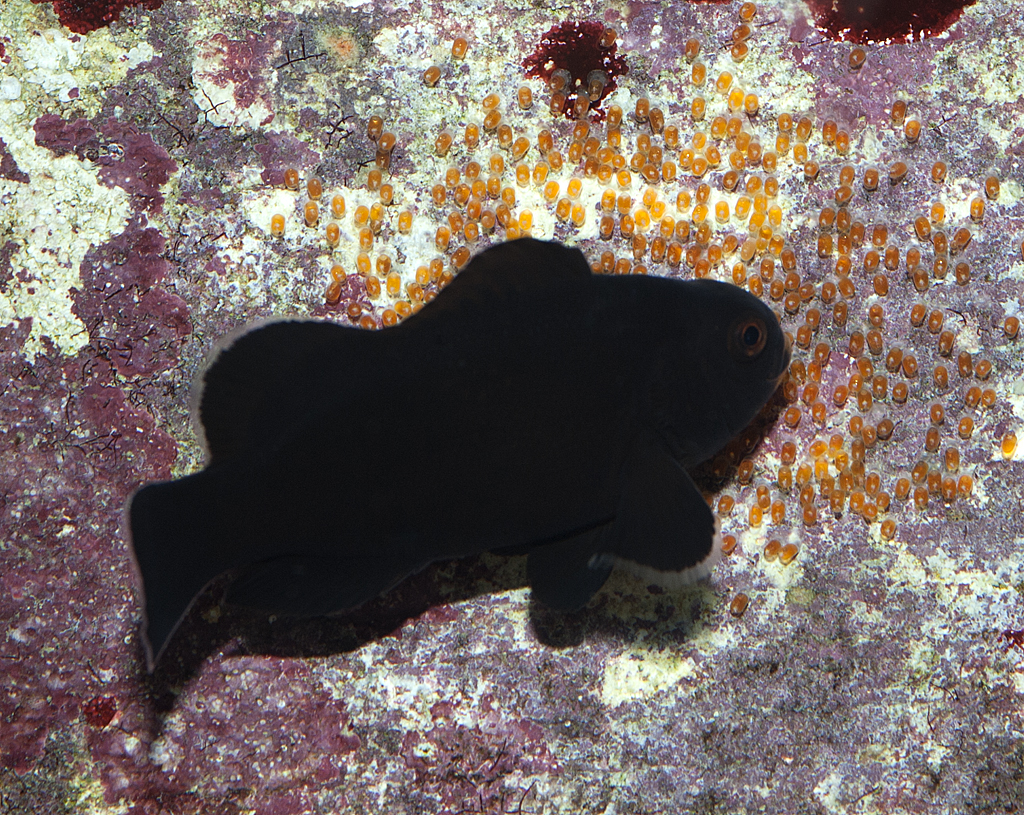 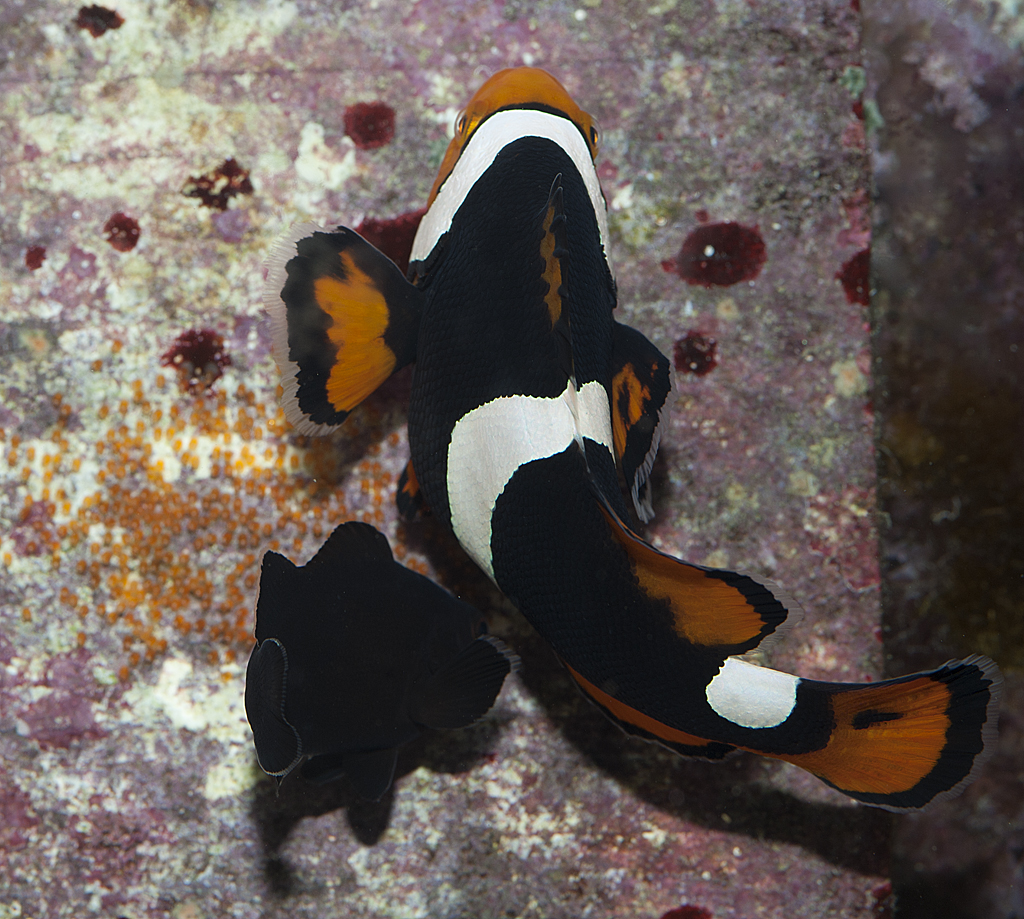 was attempting to recreate the Black Photons with another new Onyx female (Onyx-B) with a black ocellaris, except this time I was using an ORA Midnight ocellaris male. These were housed in the external overflow of my tank which has been partitioned off to house a few pairs of clownfish. This pair was adjacent to another pair I was trying to create with the original female (Onyx-A) that spawned the original Black Photons. One day, while feeding my main display I found an extra clownfish. It turns out that Onyx-B jumped out of the overflow box, cleared about 4″ of eurobracing and landed in the main tank. I could not get it out so I left it in the main tank. Now I was left with a lone ORA Midnight male. A few days later the black male ocellaris that I was trying to pair up with Onyx-A died from a strange stomach bloat, leaving me with 2 single clownfish, a male and a female. I decided put them together and pulled the partition separating the 2 original pairs. Surprisingly Onyx-A, who was particularly choosy in the past about males, decided not to kill this one and allowed it to hang around without attacking it. Imagine my surprise when 2 weeks later on Father’s day the 2 had spawned. The first batch of the babies hatched on June 28th, and I hope enough will survive to create yet another variation of the Photon Clownfish – the Midnight Photons! I’ll keep you posted on the progress.