Mitch Carl Announced as Master of Ceremonies for MACNA 2014 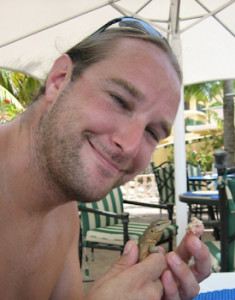 We’ve just learned from our fellow aquarium bloggers at Advanced Aquarist that the MACNA 2014 banquet might follow a very similar format to what we saw at MACNA 2013. This year’s conference broke the traditional boring mold by using the Master of Ceremonies concept to better organize the evening’s events and provide a boost in entertainment. Rich Ross oversaw the 2013 banquet as the MC, charming the crowd with hilarious commentary and juggling skills befit of a professional show on the Vegas strip. Next year’s show will feature Mitch Carl as the MC, and while we hear that this is a “Rich Ross Approved” speaker, we have no idea what talents we may see on display. Will Mitch jump through rings of fire? Will he stack random objects into a dangerous leaning tower of amazement? Or does Mitch have the comedic stylings that could rival any standup comic MORE: Mitch Carl Announced as Master of Ceremonies for MACNA 2014