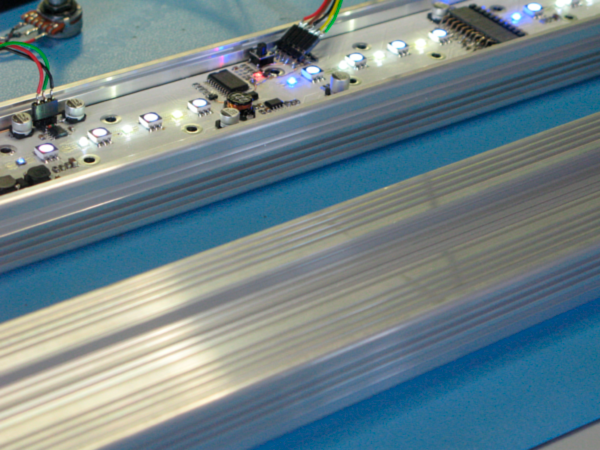 Earlier this week, we came across some revealing digital renderings of the new Mitras LED Light Bar from GHL. At the time, we thought the light strips were just in that stage, the design and planning stage, with no actual product sitting on a bench. Little did we know that the hardware was actually already in the process of being pieced together and tested. And from the looks of it, the lights aren’t too far away from reaching the hands of aquarium hobbyists. We first came across these images after a representative from Aqua Digital Inc, who distributes GHL products for North America, shared them on his Facebook page. The photos don’t reveal much in terms of product specs or physical characteristics of the LEDs, but they do let us get a sense of scale and what the first batch of lights might look like. Of course, these strip lights are still early in the design phase and things could radically change before they’re released to the public. We will, however, assume that they will have the same next generation of LEDs that will be featured in the Mitras LX 6200 HV fixture…which is currently in full production over at GHL.