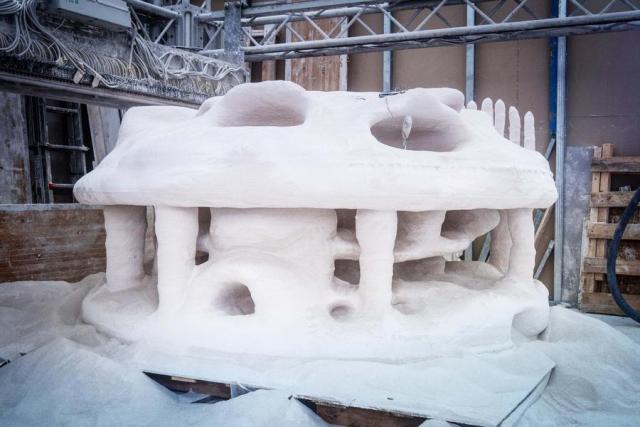 Reef reconstruction has come a long way, and it is now incorporating digital 3D technology. Monaco will be installing six 3D printed coral reef ecosystems, to restore coral population and marine life.  Netherlands-based maritime services company Boskalis, who was contracted by the Prince Albert II of Monocao Foundation, will be installing Six 3D printed coral reef structures in the Lorvatto reserve in 2016.The coral reef structures are made of dolomite sand and take 13 hours to print for each segment. Each structure will be installed 27 meters under water in 2016. The reef weighs in at whopping 2.5 tons and measure 1.2 x 2 meters. “Scientists drew the curves and cavities of the reefs, adapting them to the specific marine species. The goal is for the biodiversity in these waters to appropriate the reefs and colonize them as they do in nature,” said Philippe Mondielli, scientific director the Prince Albert II Foundation. “It’s an innovative device for helping improve or restore ruined marine areas,” said Bernard Fautrier, VP of the Foundation, reports 3ders.org. “We intend to duplicate this experience in other sites.” Scientists plan to observe and study the coral reef structures for two years to see the effects on the local marine life and coral reefs. I would love to be a fly on the wall when this massive reef structure is installed!