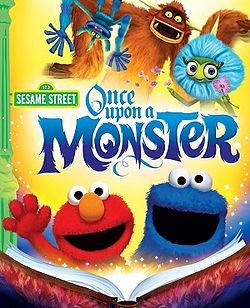 A lot of sites have been sharing news of Monster Beverage going after the owner of MonsterFishKeepers.com for trademark violations.

We did a very brief bit of research on the issue and feel compelled to add clarification to a very poorly documented issue.

On the support website, the owner/admin of MonsterFishKeepers provides information on the issue and requests that people sign a petition, donate to them, and boycott Monster Beverages products.

Monster Beverage is NOT the bad guy here.  They are doing what any multi-billion dollar company should do, they aggressively contest trademarks that could be confused with their brand and products.  They have thousands of different trademarks, many for products that no one has ever heard of.  They have a well established brand and logo, made up of a large M made out of monster like claw marks.  They cater to the “extreme” beverage market, focusing on youth, sports, and people who want three times the quantity of a typical Red Bull in one can.

In our opinion, MonsterFishKeepers (MFK) made a mistake.  MFK had two trademarks registered and UNCONTESTED for the past five years.  These marks include the logo as well as the name for use on an online community or website (the use is known as a trademark “class”).  The trademark was approved by the USPTO in 2007.  What happened to cause Monster Beverage to come after MFK?  Earlier this year MFK applied for a NEW trademark, basically the same name and logo, but this time for a class including shirts, sports apparel and clothing.  This application was filed in February.  Monster Beverage first sent letters to MFK in March.

Large corporations employ various services to track trademark applications to ensure that other people are not registering marks that would compete with their own marks.  Because the original mark has existed for 5 years and to our knowledge has been uncontested, Monster Beverage has a problem with MFK’s application for the new class.  We searched the USPTO database and very quickly found that Monster Beverage has registered their marks in classes including shirts, duffel bags, stickers, sportswear, etc.  Clearly they wish to protect against anyone else using the word “Monster” or anything close to their own mark in those classes.  We assume that Monster intends to sell products in these classes in the future.  By applying for the new class, MFK alerted Monster Beverage to their intentions to sell shirts (seriously, how much money can you make selling shirts for a small aquarium community forum?).  Also, you do not need to have a registered class in order to do business, you only register for a class if you wish to protect yourself from someone else infringing within that class.  Let’s be honest, no one is going to be infringing on t-shirts that say Monster Fish Keepers on them.

To make matters worse, MFK is asking people to support them by buying some of their branded merchandise.  Is it wise to fund your defense of infringement charges with a store full of infringing materials?

The requirement for maintaining a trademark is that you have to defend it.  Failure to defend your own mark can accelerate a mark being deemed “dead”, which is when a mark can no longer be enforced legally.  So Monster Beverage HAS to threaten action if they want to defend their property.

It makes no difference if the MFK mark doesn’t look like the Monster Beverage mark (we personally think the marks are indeed similar when used on certain items), if they don’t act aggressively then they leave themselves open for infringement in the future.  For example, let’s pretend 5 years have gone by and MFK is now selling shirts and decides to get a bit creative with their mark.  They could very well use just the M part of the logo on the front of a shirt, and on the back of the shirt it could say something stupid that wouldn’t reflect well on the Monster Beverage brand.  Basically Monster Beverage wants to act NOW to keep MFK from ever being able to sell clothing, versus allowing it and then having to fight several years down the road when the marks are even more similar.

Unfortunately, the Support MFK site has no information on the original mark and why Monster Beverage chose NOW to go after them.  The only answer we see is that in filing for the new class, MFK put themselves on Monster Beverage’s radar, and now they are going to go after them hard.  If you think this is unfair, you are free to boycott their products.

There are many different “causes” that affect the aquarium industry.  You can choose to support captive breeding efforts, enhancements to sustainable fishing practices, and more.  The Support MFK website is setup like many other “help the little guy” cause sites.  It aims to draw on our interest in supporting good causes and honest people.  Unfortunately, we do not think this cause is worthwhile.  In fact, this cause is so silly that it actually does us a disservice by focusing community attention on a business mistake that could have been avoided.  Should we be in the business of bailing out business owners who make bad decisions?

If we do, when the time comes for the members of this hobby to unite with one voice and purpose to defend our rights, the request will go on deaf ears and empty wallets.