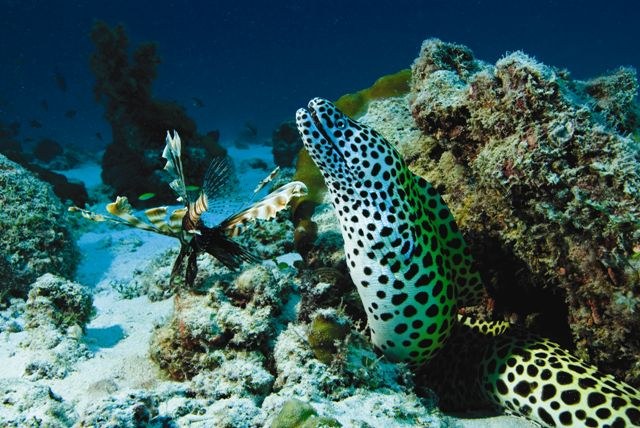 
Researchers in the Red Sea documented moral eel preying on lionfish for the first time.  Gymnothorax moral eel were recorded hunting the lionfish, Pterois miles, whose natural range extends from the Red Sea, Indian Ocean, and the Indo-Pacific.  The video is truly remarkable.

Approximately two decades ago, this lionfish species was introduced into the Atlantic.  Since then, their population has ballooned into the millions because neither the prey or predators in the Atlantic know what to make of this alien fish.