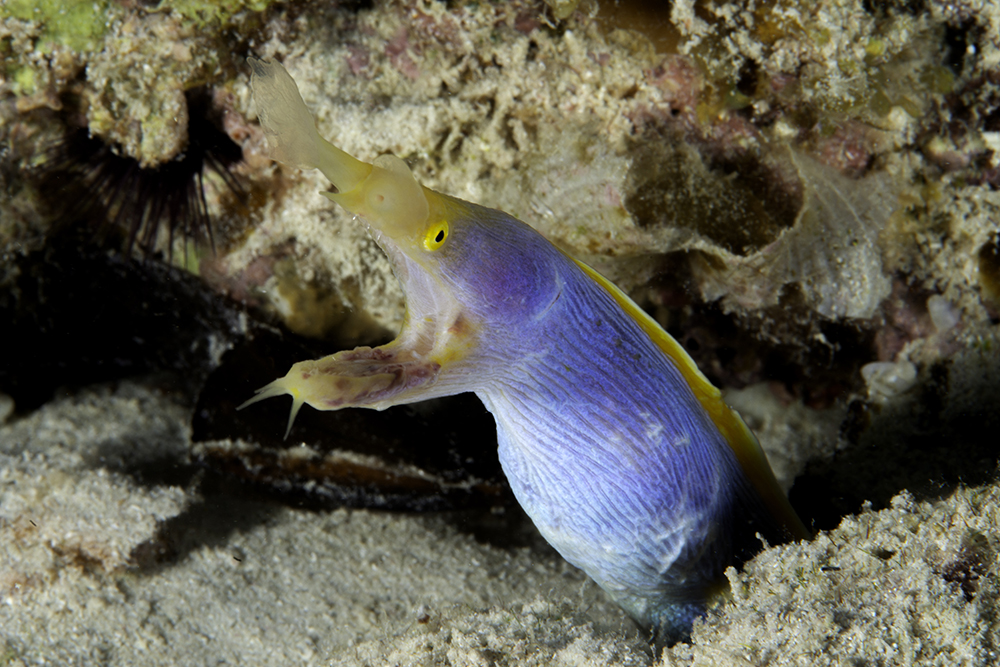 In an earlier post I mentioned that divers have a fascination with morays, seemingly getting very excited what we encounter a particularly large one.

Personally, as I stated earlier, I’m not always hugely impressed with morays of the ‘look at the size of that beast!” variety. 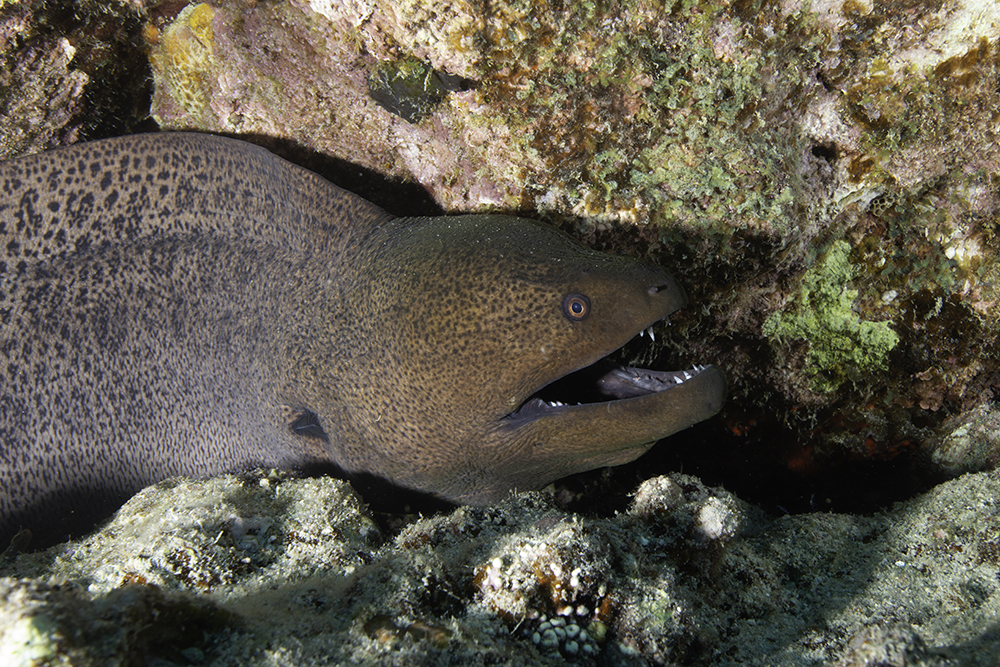 The Giant Moray, yep it’s big, but there are more interesting morays.

Whilst the Giant Moray (Gymnothorax javanicus) leaves me a bit cold, there are plenty of other fish in the clan that I can get more excited about.  Here’s a few of them. 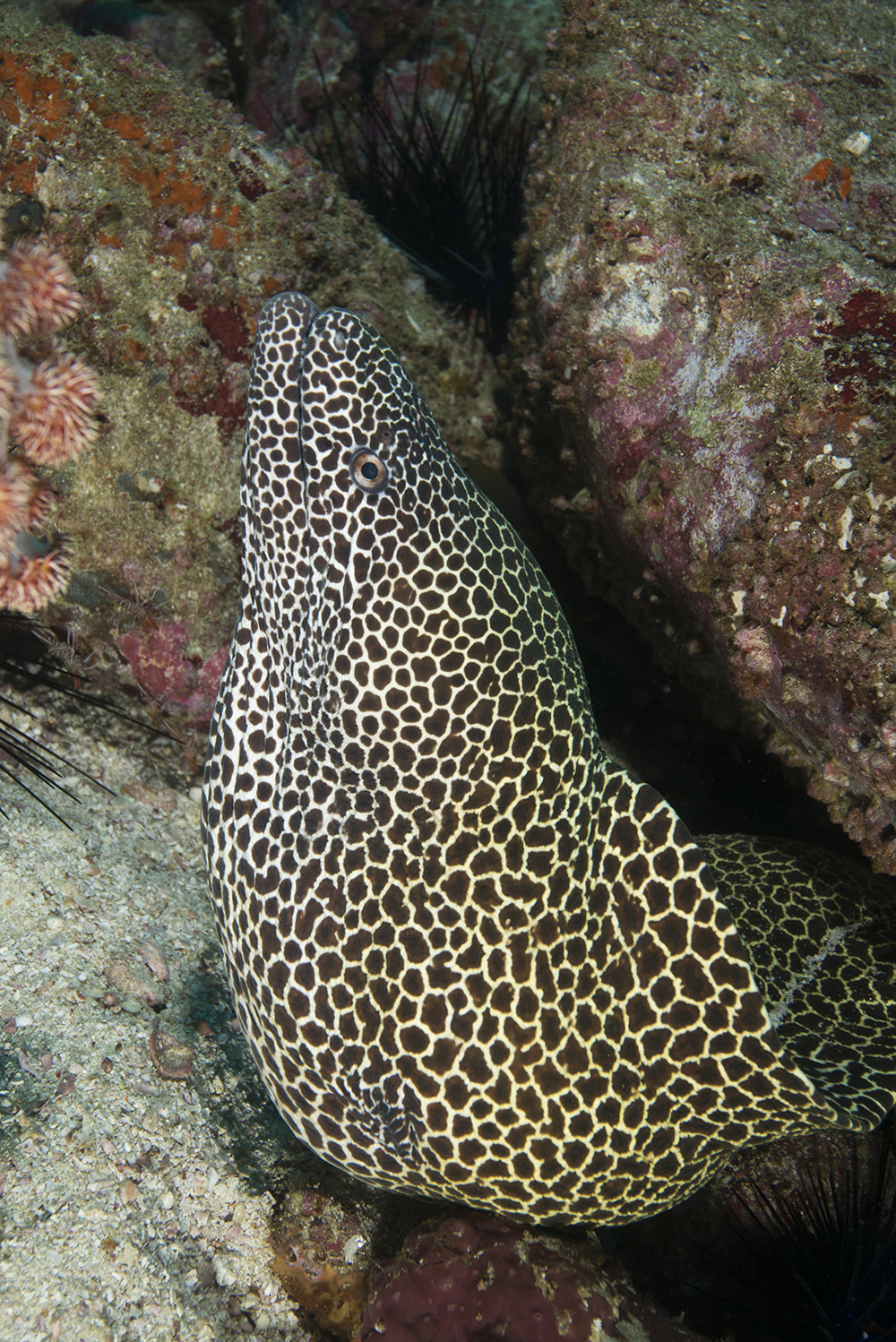 A much more attractive fish is G. favagineus, the Honeycomb Moray.  This is a large species – up to two metres – and is widespread in the Indo Pacific. 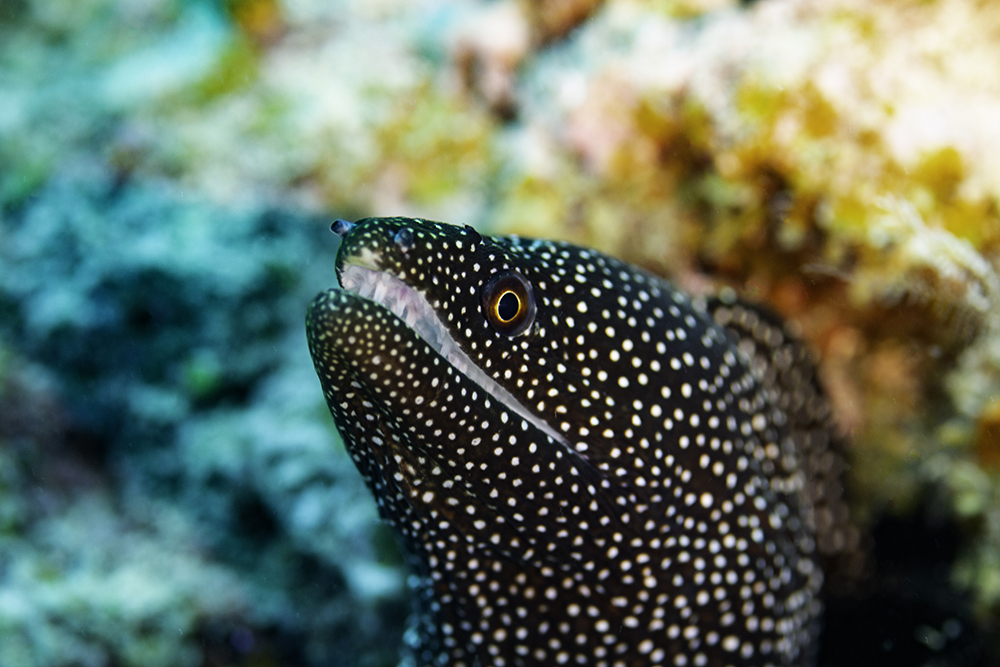 Possibly confused with the Honeycomb is G. meleagris, a fish identified by the white interior of its mouth. 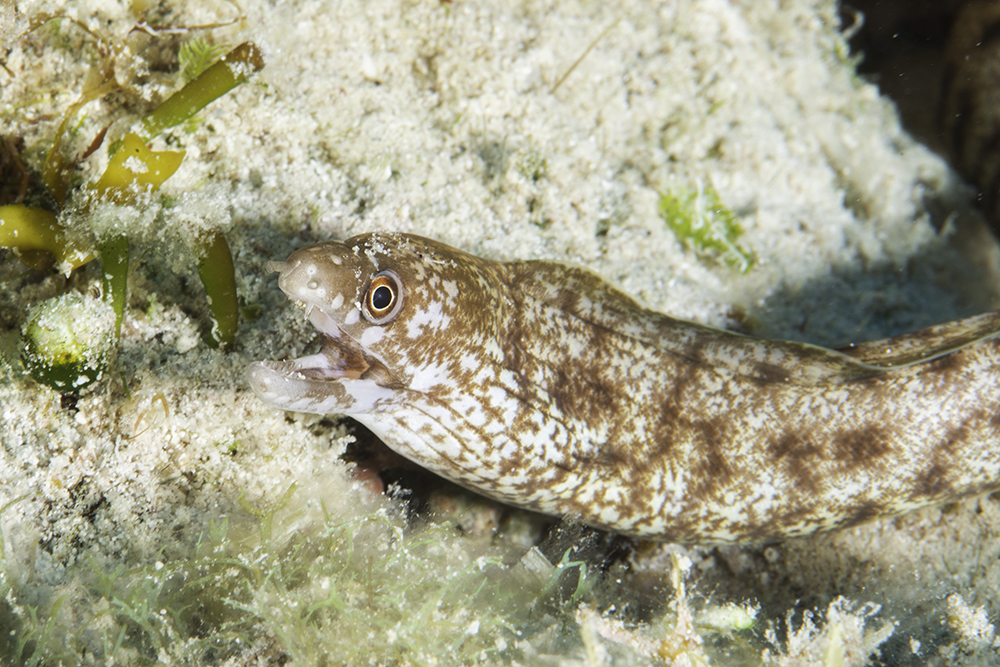 Getting ever smaller, meet the Little Moray (G. richardsoni) .  This fish rarely reaches thirty centimetres and is often found in the shallows. 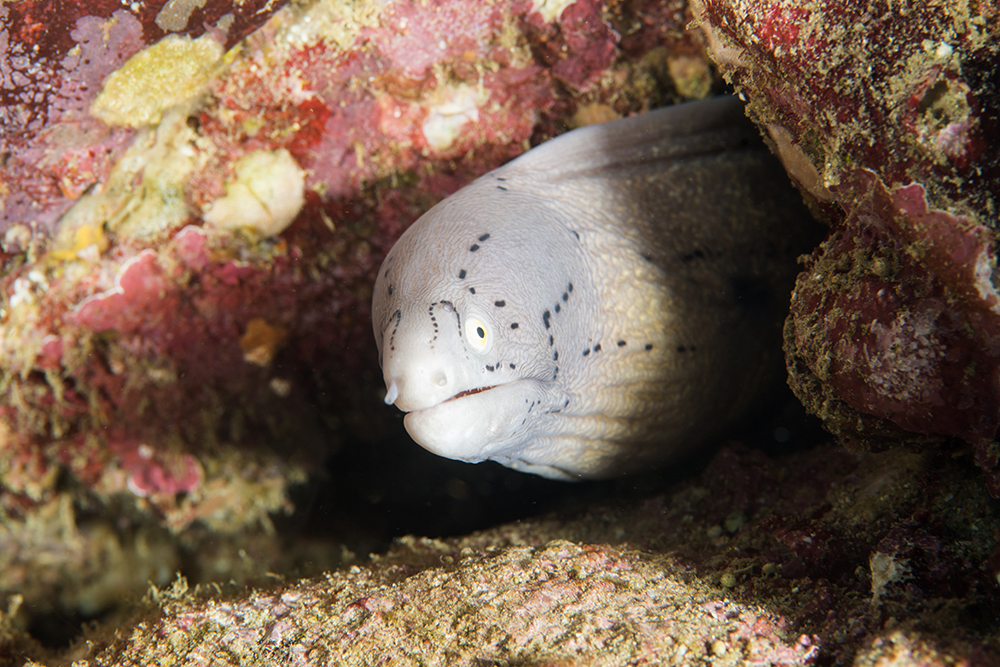 My second favourite of the genus is G. griseus which has several common names including the Grey, Geometric or Peppered Moray.  This fish is often hard to image well when automatic settings are used on cameras.  It is important to use a suitable metering mode to expose the fish correctly to capture its delicate detailing.

My final and favourite fish is Rhinomuraena quaesita, the Ribbon Eel.  It is believed that those appendages out front are used to help it locate small prey when hunting.  The fish starts out black and develops later into this spectacular animal.  Females are commonly all yellow.  Ribbon Eels, as the name implies are very laterally compressed and a little longer than you might expect (over one metre).  Seeing one free-swimming is a spectacular sight.

Personally, I’d recommend snorkelling or diving to see these fish in their natural habitat rather than in captivity, many species are just too large for home aquaria.