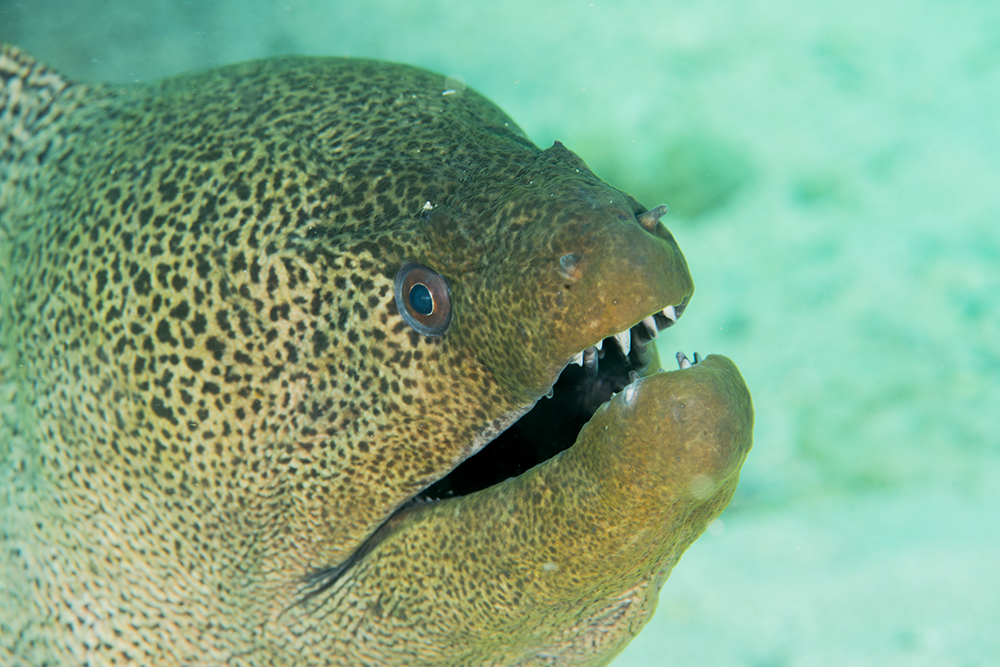 Moray eels are endlessly fascinating for divers, especially the folks who enjoy spotting something with a good set of teeth and a reputation as a powerful predator.  For me, they’re always a good animal to photograph, especially if there’s little else around.

Morays belong to the Muraenidae family.  A quick look online reveals a list of around two hundred species, a few of which live in freshwater, a fact I didn’t know until just now!

While morays are predators that will attack a range of creatures from small fish to cuttlefish and on occasion, even small sharks, they are mainly shy creatures that would rather flee than fight.  Happily, for photographers, they are reluctant to leave the safety of their home crevice in the reef and are thus great subjects.

Here are few of my favorites, and one that isn’t a moray at all.

Giant Moray, Gymnothorax javanicus.  This is a common fish found across the Indo Pacific and to Hawaii.  It can grow to 2.3 meters (7.5 ft) long according to my guide book, but many divers who encounter them free swimming will swear they’re much, much bigger. 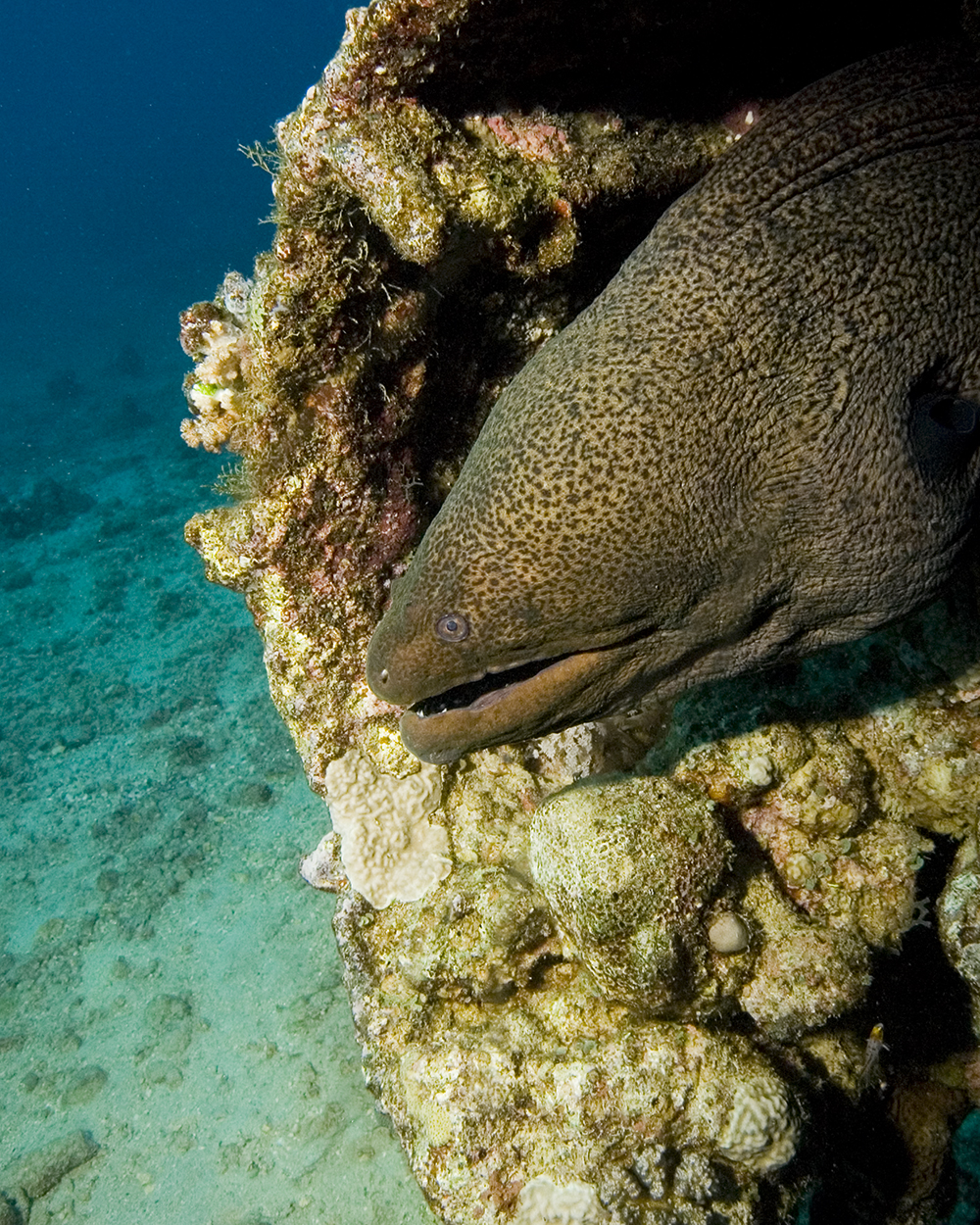 Yellowhead Moray, G. rueppelliae.  A smaller animal and a lot more secretive, this appropriately-named fish is another common animal.  It is often found hunting on reef flats. 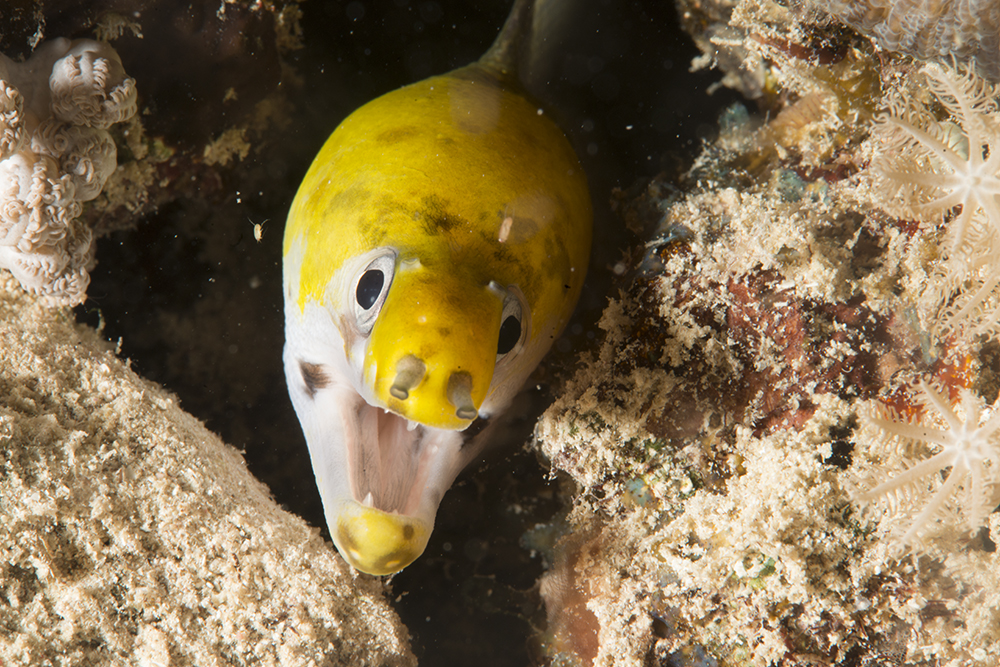 Grey Moray, G. griseus.  Possibly my favorite of the clan.  I’ve watched them hunting in rockpools and photographed them below the surface.  It only reaches 65 centimeters (2.1 ft) and is restricted to the Western Indian Ocean and Red Sea. 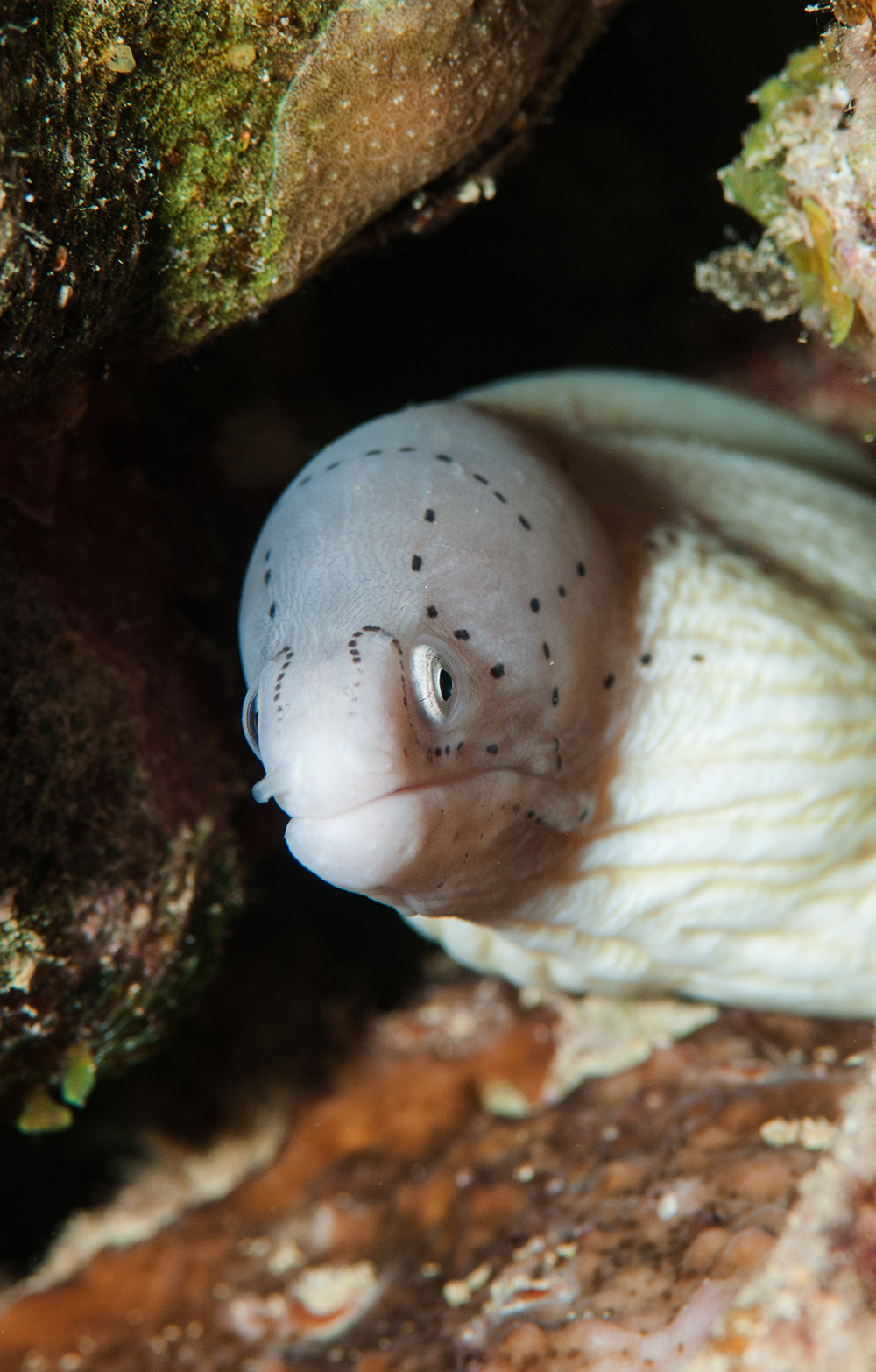 My last moray is the striking Blackspotted Moray.  A real beauty of a fish that can reach almost two meters (6.6 ft).  This one was photographed in the Maldives, but it is also found in the rest of the Indo Pacific.  My guidebook lists this as G. isingteena, though on some sites people seem to be confusing it with G. favagineus.  If anyone wants to settle the matter, please let me know. 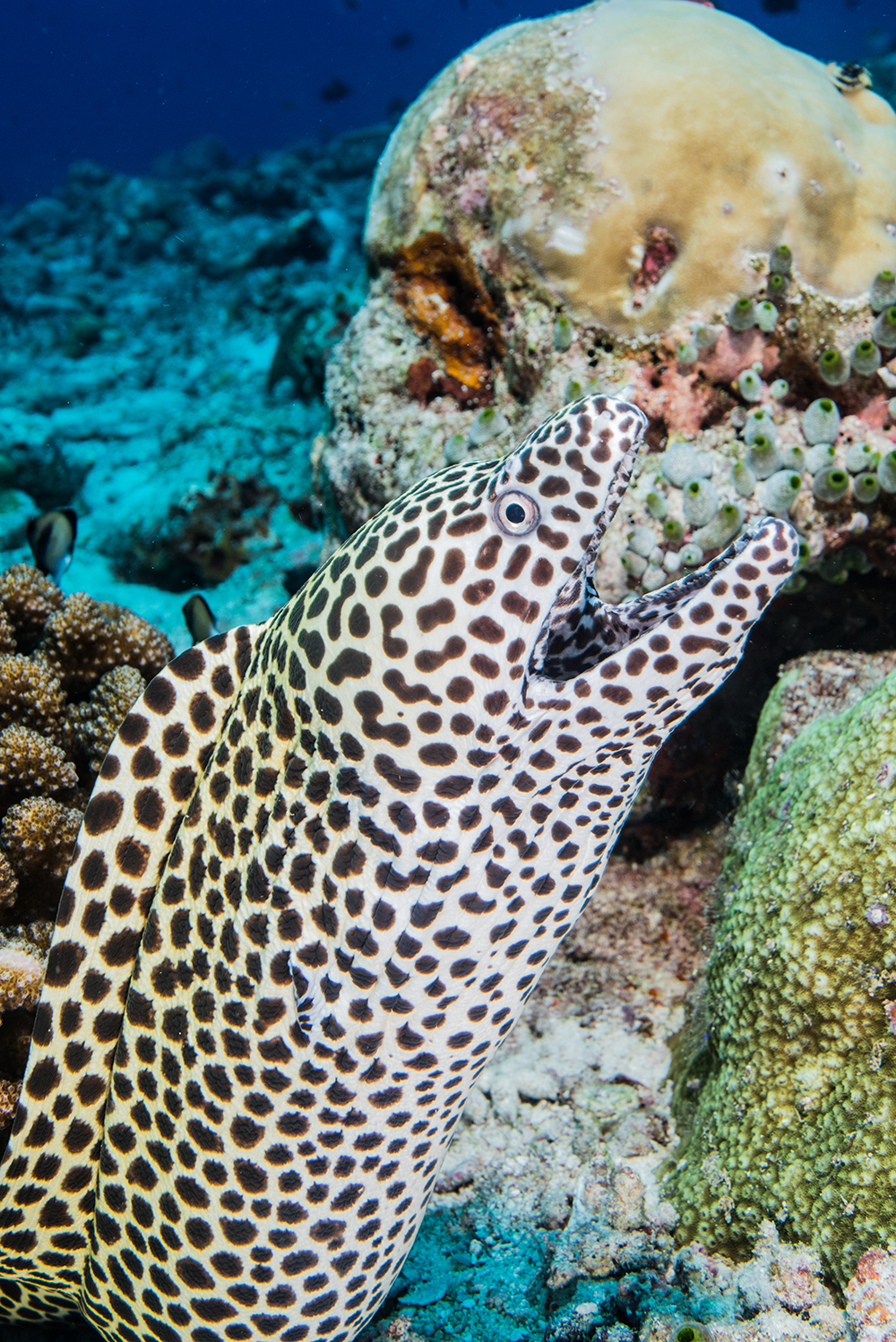 Last, I have a fish that is often confused for a small moray.  Callechelys marmorata, the Marbled Snake Eel, spends a lot of time buried in the sand.  An odd-looking character from the Ophichthidae family.  Any fish with nostrils just looks strange! 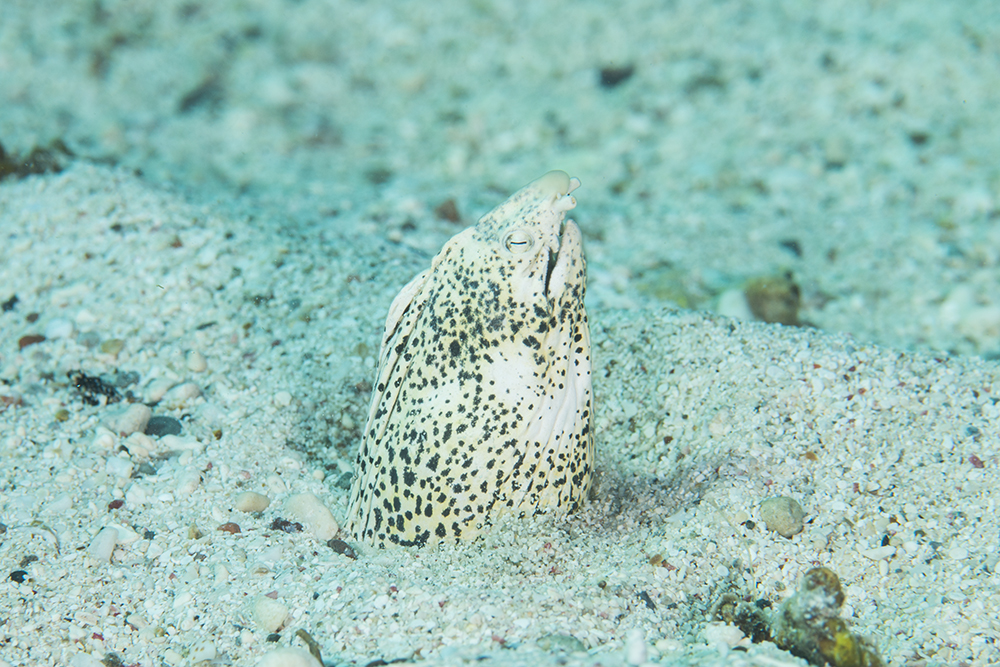