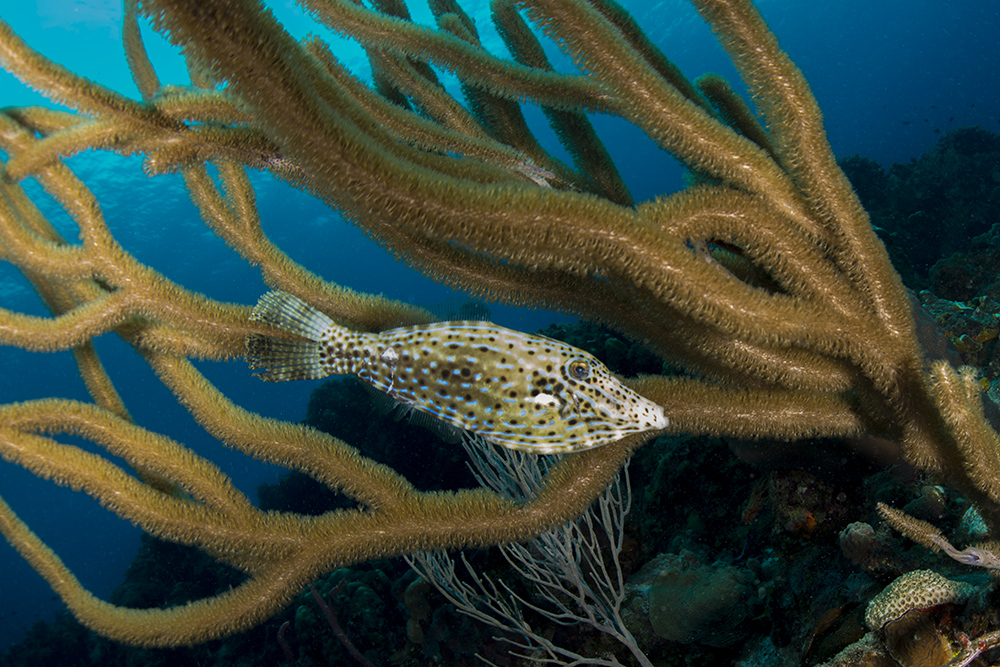 I’ve been sharing a few images of the fishy “masters of disguise” that I’ve come across over the years.  I haven’t shown fish from the Caribbean region yet, so here are a few that I came across a few years back.

I haven’t had a great many dives in the Caribbean and the wider Tropical Western Pacific, having spent most of my dive time in the Indo-Pacific.  When I did venture west, the TWA took some getting used to.

The amount of hard coral there as compared to the Indo-Pacific was much lower.  Conversely, the amount of gorgonian and sponge life was far more apparent, in amount as well as in variety of apparent species, to what I was used to.  I was used to seeing tropical reefs with little apparent movement due to current, swell, and surge.  On the dives I enjoyed in the TWA, there was a great deal of movement, with large sea plumes and whips gracefully swaying in the surge. On some dives the way the gorgonians moved was reminiscent of the large kelp beds back home.

To maintain their reliance on ‘blending in’, the fishes I shot had to be masters of movement as well, being able to control their movement within the gorgonians to appear to move in the same manner as their surroundings.

The main image in this post shows a Scrawled Filefish, a common enough (though shy) species which uses its striated markings to break up its outline in order to blend in.  Similarly, the Slender Filefish needs to be good at ‘station keeping’; the ones I saw maintained a head downwards posture. 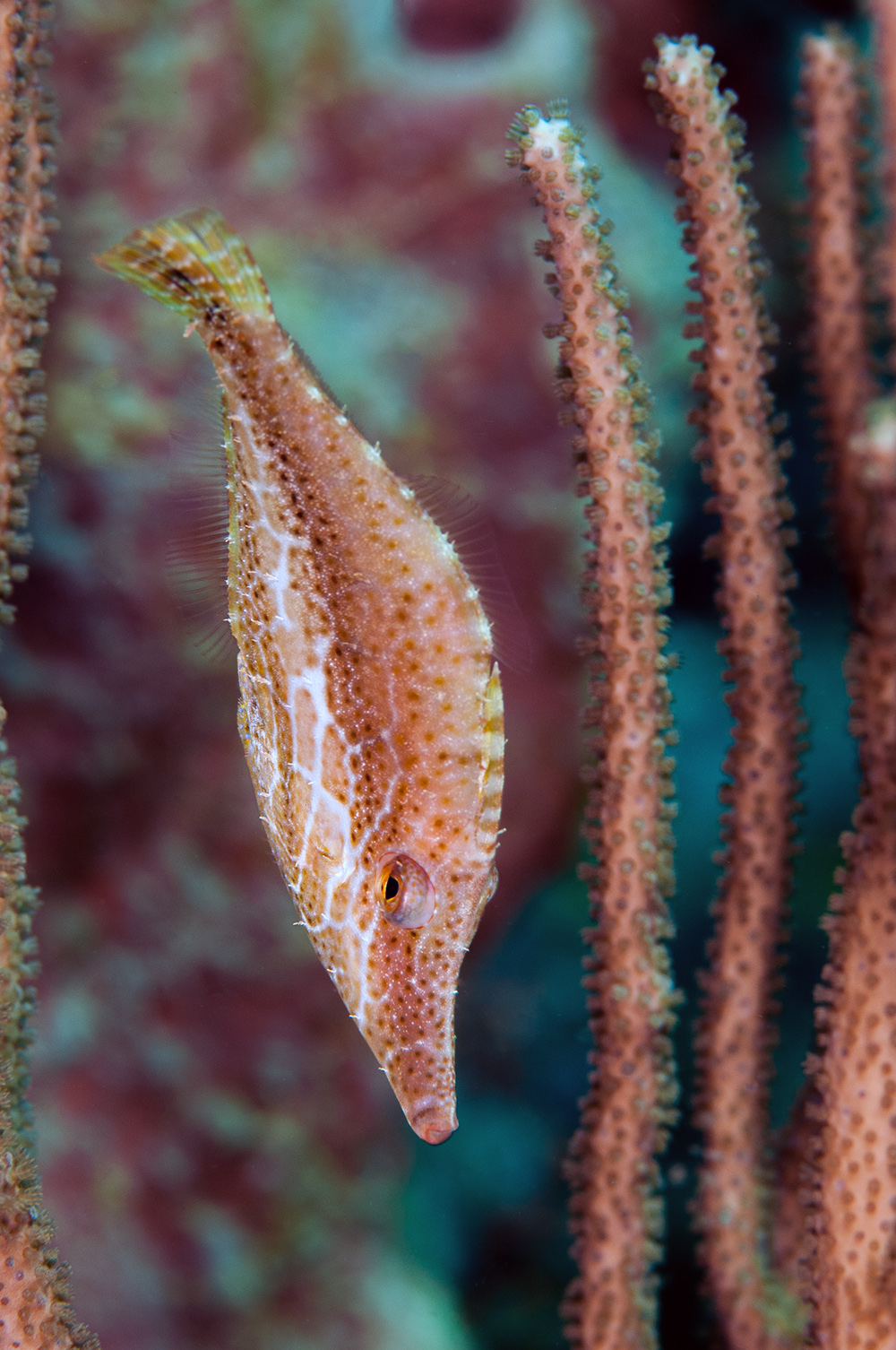 Very much using its camouflage and body shape to hide from its prey, is this Trumpetfish. 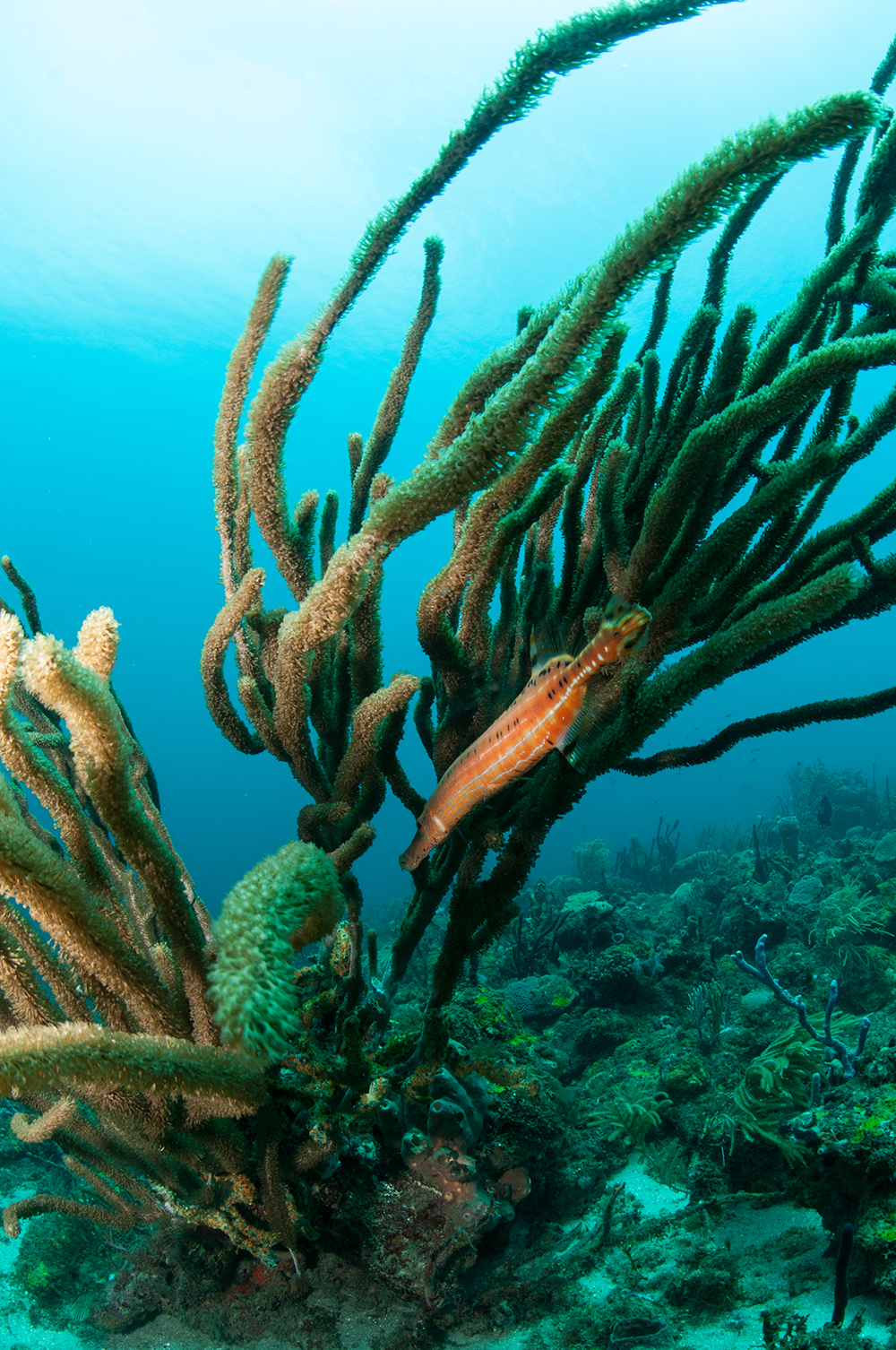 Again this fish lurks in the gorgonians to stay hidden.  Note that my full-spectrum flash guns show the animal’s reddish hue, making it stand out far more than is natural, given the absorption of red light at depth. 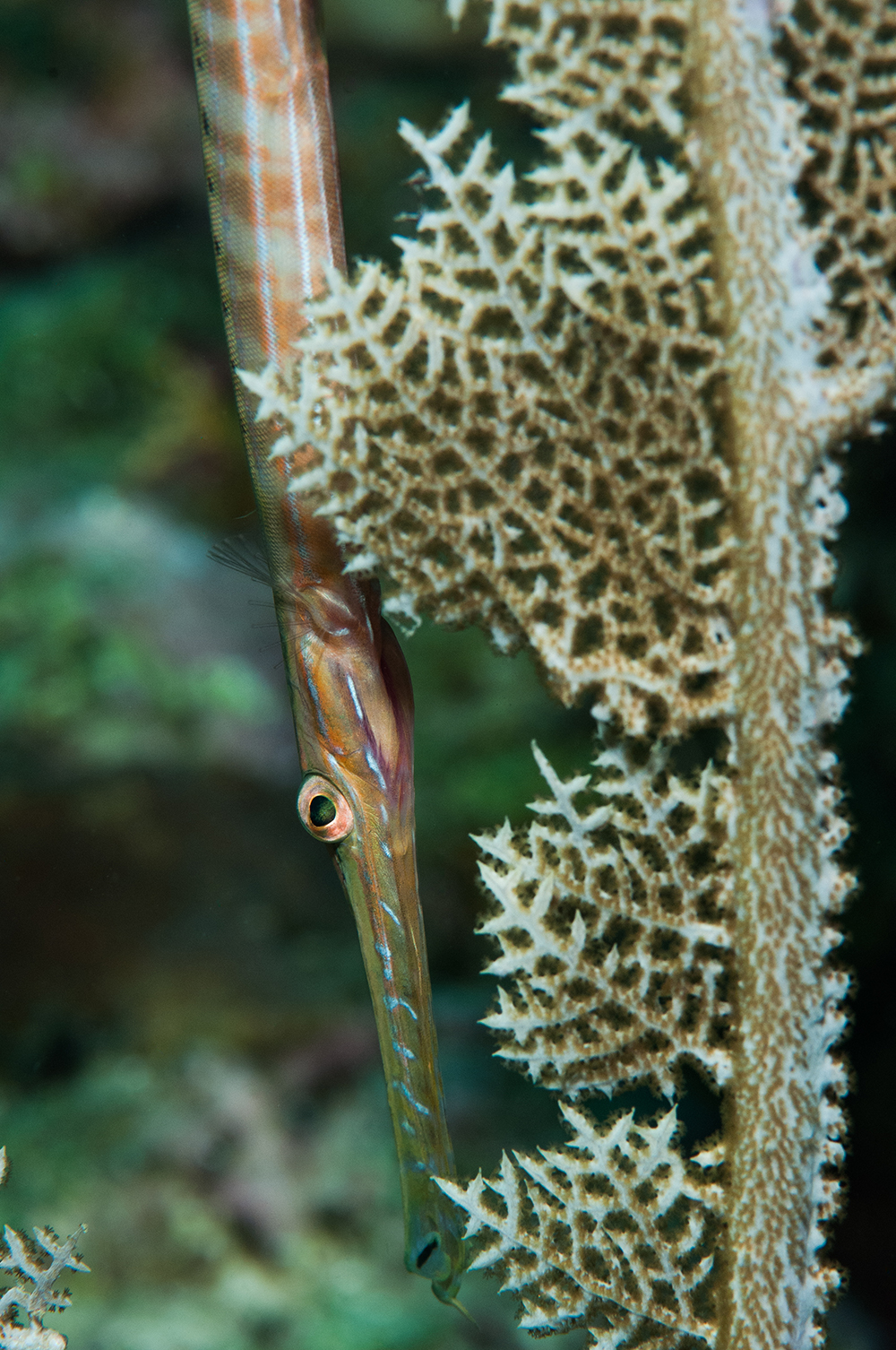 Trumpetfish will adopt any body position necessary to blend in.