Joe Yaiullo’s 20,000 gallon dream aquarium can teach us a lot about aquascaping in our own home aquariums. This quartet of coral has worked out a delicate balance, and each is able to hold its own against its neighbors. 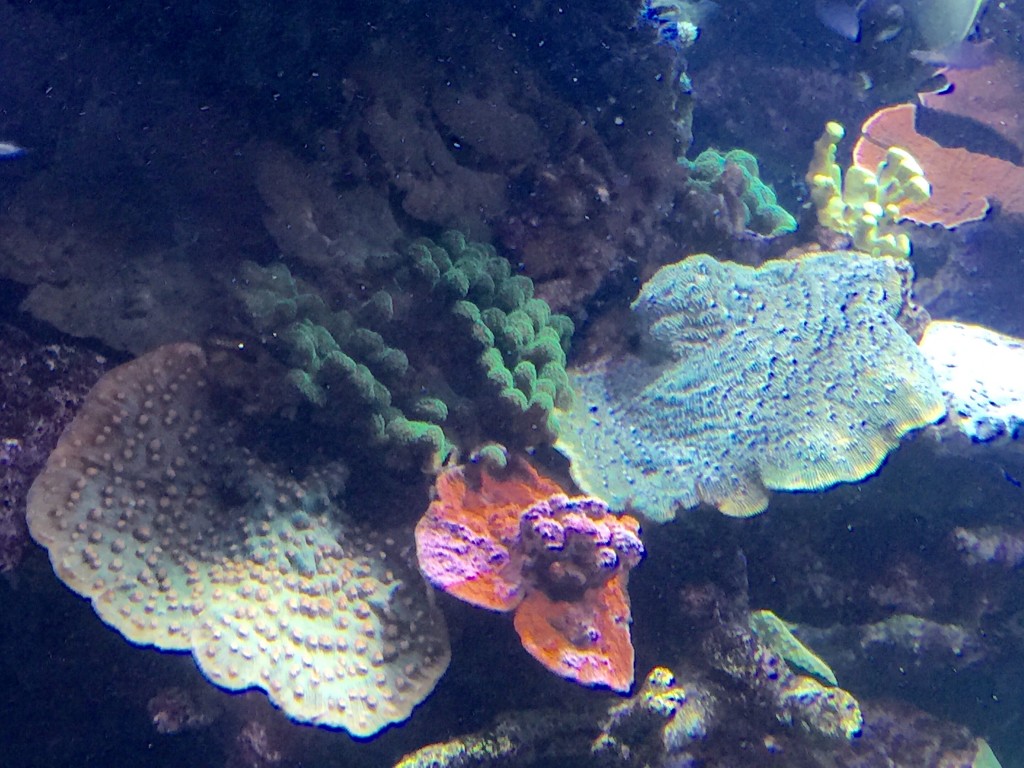 4 corals hold their own against each other

The star of this quartet is the pink and red Echinophyllia, which itself looks like fused chunks of seperate coral colonies. These chalice coral are notorious for spitting out their digestive filaments onto their neighbors at night, devouring them whole. However, the Lithophylon to the right and the Mycedium to the left don’t seem to be experiencing any damage. There is some very minor damage to the green Stylophora from the Mycedium and Exhinophyllia, and I hypothesize that the Stylo is producing chemical defenses against the chalices. I’ve seen similar robustness in Montipora that are in close contact with Echinophyllia. Acropora, however, were easily digested.