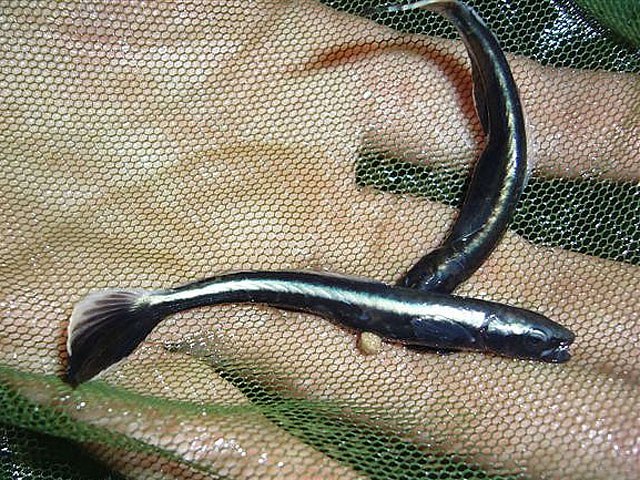 From the University of Miami Rosenstiel School of Marine & Atmospheric Science

Ocean acidification, which occurs as CO2 is absorbed by the world’s oceans, is a source of concern for marine scientists worldwide. Studies on coral, mollusks, and other ocean denizens are helping to paint a picture of what the future might entail for specific species, should carbon emissions continue to increase.

In a new study published in Global Change Biology, University of Miami (UM) Rosenstiel School of Marine & Atmospheric Science researchers Sean Bignami, Su Sponaugle, and Robert Cowen are the first to study the effects of acidification on the larvae of cobia (Rachycentron canandum). Cobia are large tropical fish that spawn in pelagic waters, highly mobile as they mature, and a popular species among recreational anglers.

The team reared cobia in tanks with different levels of CO2 saturation looking for effects on growth, development, otolith (ear stone) formation, swimming ability, and activity level during the vulnerable larval stage of these fish.  They found that cobia showed remarkable resistance to end-of-century acidification scenarios in terms of growth, development, and activity. However, more extreme acidification scenarios caused reduced larval size and a 2-3 day delay in their development. The study also reports a significant increase in otolith size (ear stone) at the most mild acidification conditions reported to date.

This is micro-CT imagery of a cobia larva head that has been filtered to view the entire skull (top image) and the more dense otolith (ear stone) structures (bottom image). Similar 3-D images were used by researchers to obtain the first measurements larval fish otoliths while still inside the skull. (Credit: UM/RSMAS)

“The larval period is a critical stage in the marine fish lifecycle and the ability of cobia larvae to withstand ‘business-as-usual’ scenarios of ocean acidification provides an optimistic outlook for this species. However, research on this topic is still limited and if our findings on otolith formation are any indicator, then these fish are not entirely resistant to acidification,” said Bignami, a Marine Biology and Fisheries PhD candidate at UM.

The study is the first to report impacts of ocean acidification on a large, pelagic tropical fish species.  “We need additional studies on study how fish, especially those that are ecologically and economically important, react to these environmental changes if we want to find ways to potentially mitigate the effects,” Bignami added.

Cobia larvae used in this study were produced from broodstock raised at the UM Experimental Hatchery.