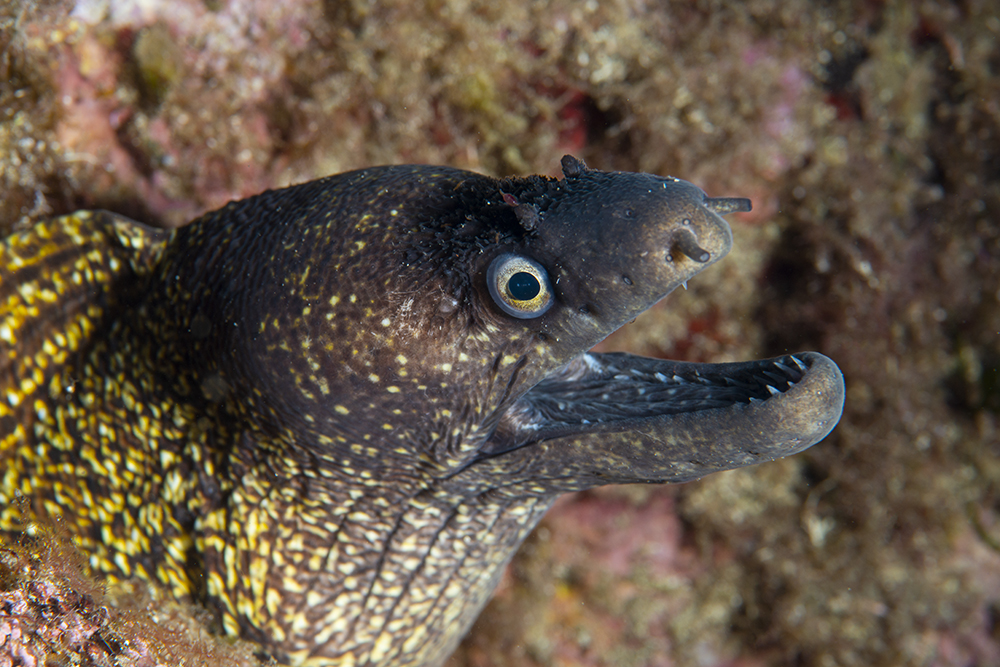 Even though I don’t get enormously excited by encounters with Moray Eels, I seem to have an awful lot of images of them, so here’s a few more species from around the world.  The fish below (and main image) is the Mediterranean Moray (Muraena helena).  This species is found in the eastern Atlantic and through the Med.  I’m speculating here, but I wonder if the ‘Mura’ in Muraena refers to the Latin ‘murus’ for wall.  These fish are often found living in reef walls after all, but I may be overreaching. 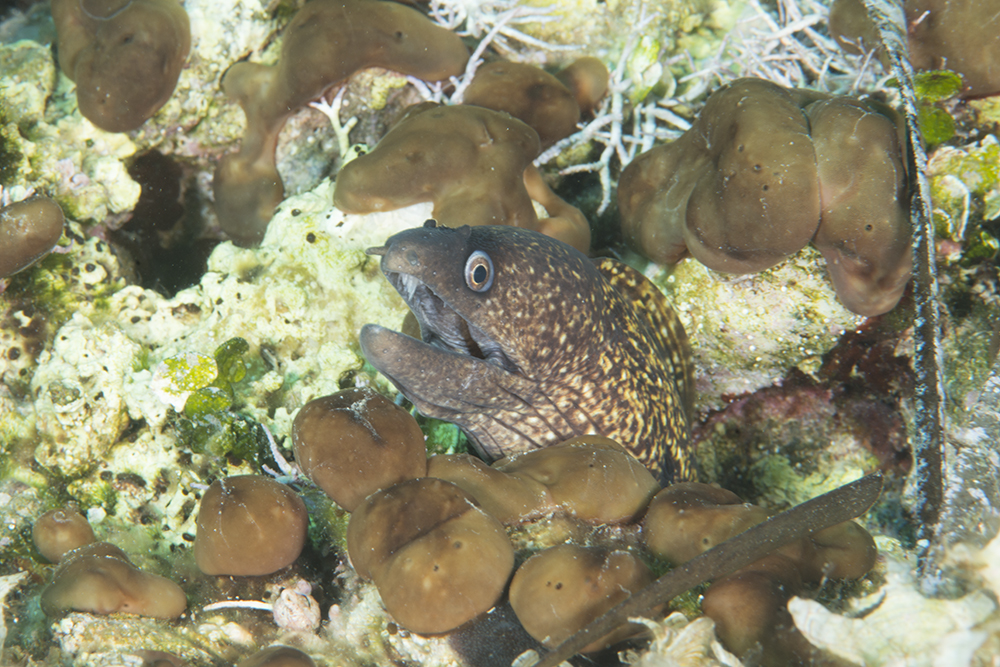 Morays spend a lot of time with their heads sticking out of holes in reefs and walls.

The fish below hails from the Tropical Western Atlantic and, as you can see from the color of its skin, is the appropriately-named  Green Moray (G. funebris).  It is a  widespread fish and capable of reaching over two meters in length.  Having one swim past you is quite an experience.  Like many of its congeners it is a generalist and will eat most prey it can swallow. 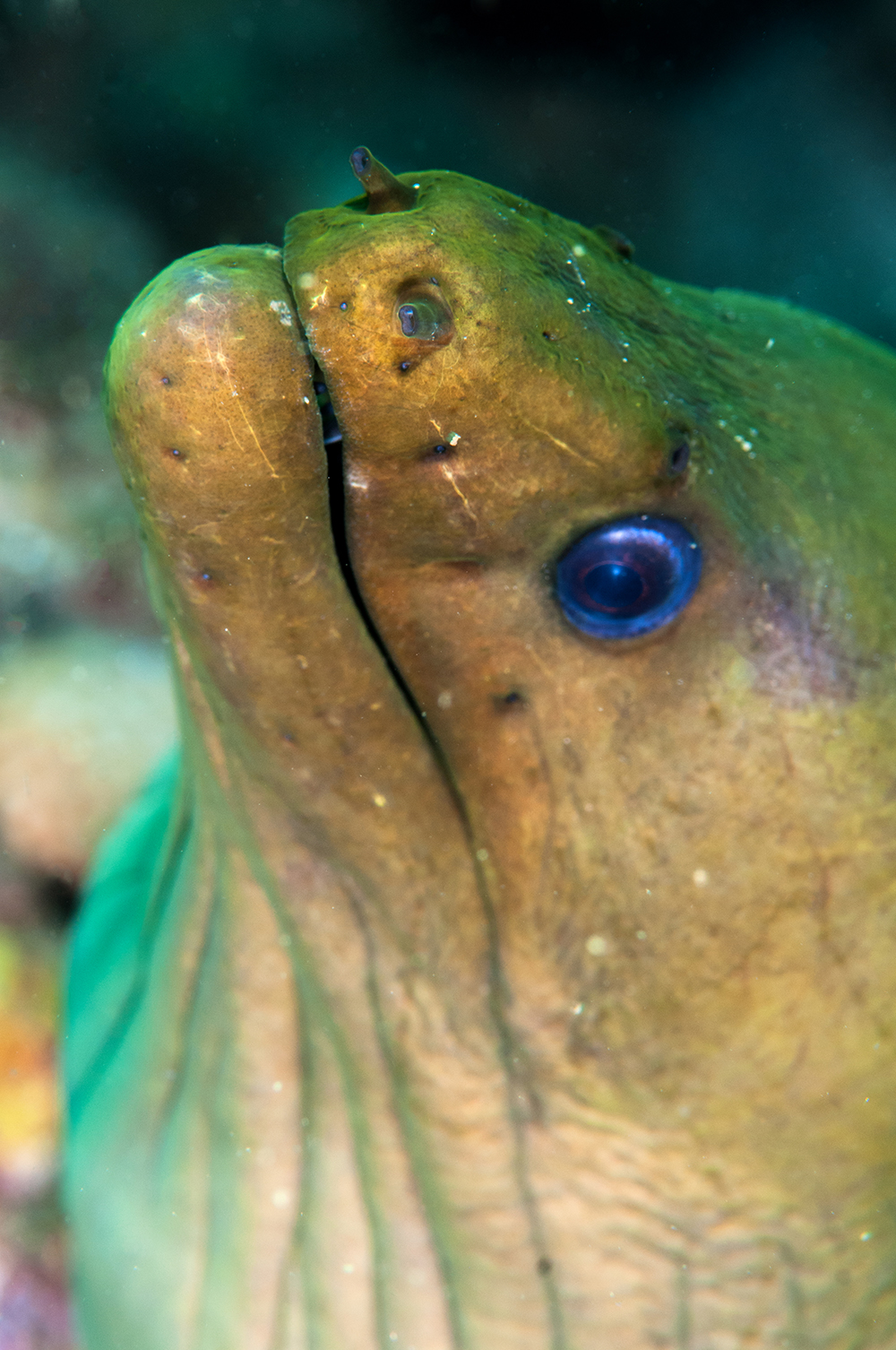 Another common species in the TWA is G. monga, the Spotted Moray.  I’ve seen them a few times and they always help me to remember that focusing on the eye is the way to get a satisfactory image, especially when using  a macro lens which can limit depth-of-field. 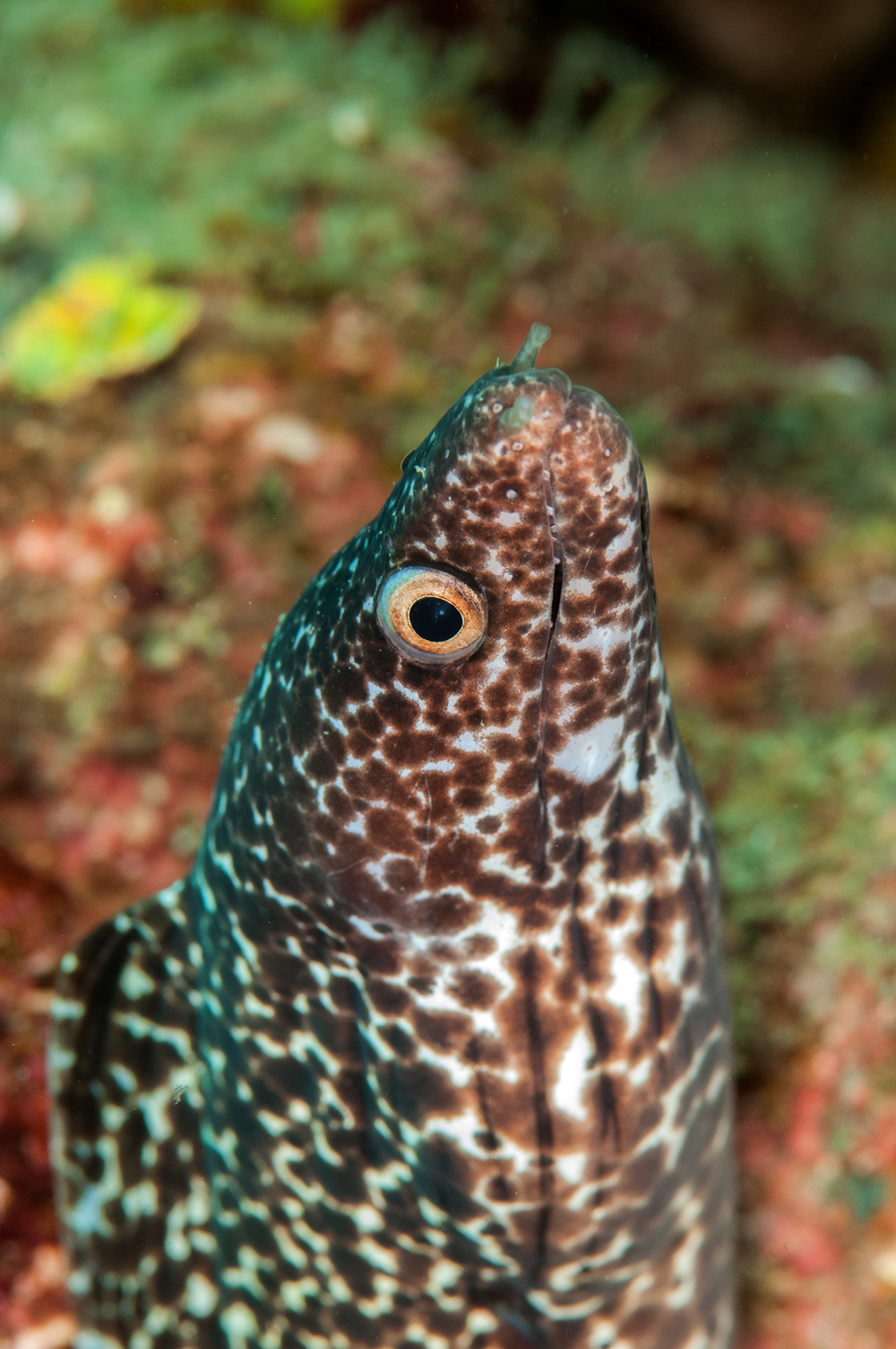 My last two fish are from the Indo-Pacific, in this case, the Maldives.  I have to say I’m not sure of the species, though if I had to make a guess I’d go with the secretive G. zonipectis. 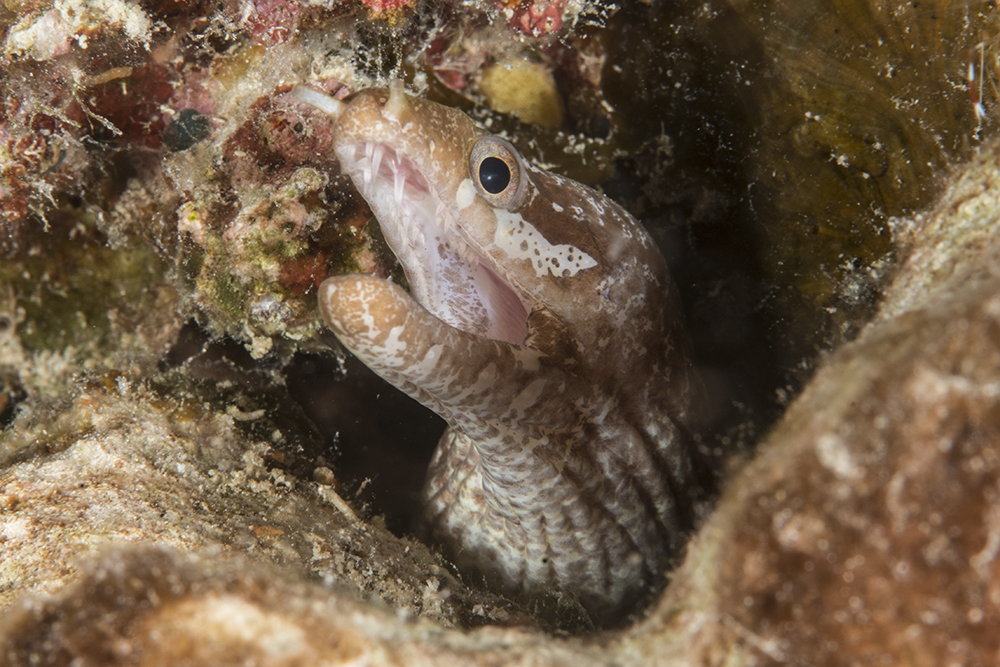 This last fish has me stumped, it might be a juvenile G. zonipectis, but I’m just not sure.  If anyone can help I’d be happy to hear from you. 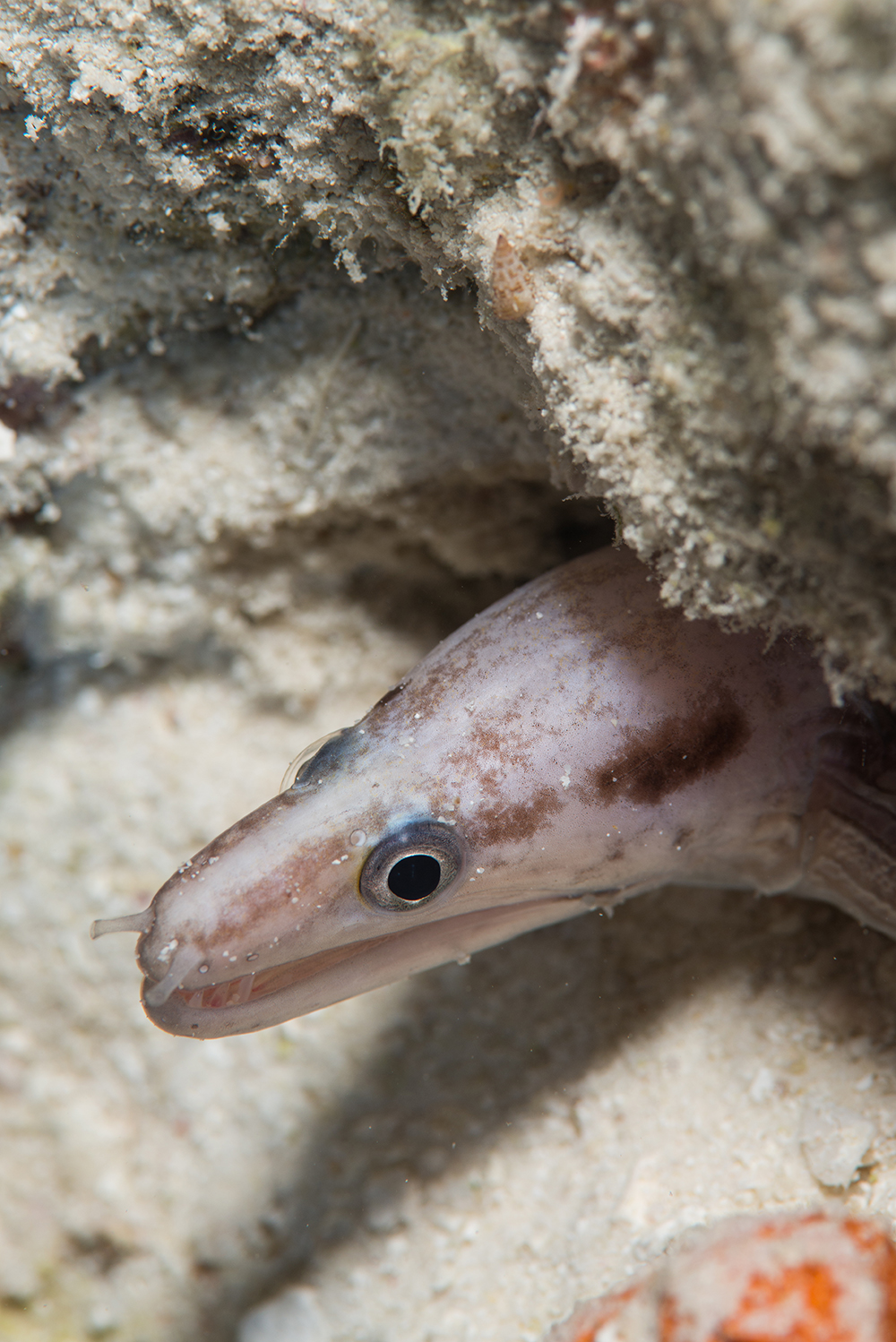