Every aquarist knows that the Multispined Angelfish is a hideous creature and an utter embarrassment within the illustrious genus Centropyge, but, every once in a great while, an interesting specimen comes along with just enough panache to make it somewhat tolerable. Such is the case with the disfigured yellow beast seen here. 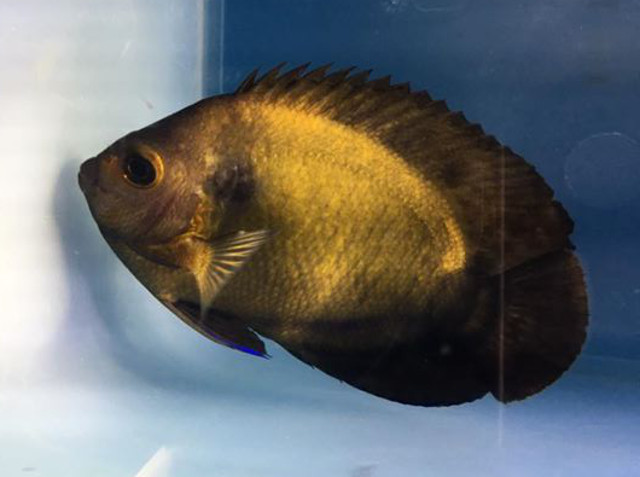 This remarkable individual was collected from the Maldives and is being offered by Consistent Sea, an LA-based wholesaler. The normal dusky coloration of the species has here been replaced with a far more attractive brightness. It’s aberrant look appears to be caused by an excess of yellow pigmentation (i.e. hyperxanthism), though I suppose it’s also possible that the opposite is true and that this unique appearance is really due to a lack of black pigmentation (i.e. hypomelanism) across the body, thus revealing more of the underlying base coloration. It’s a bit hard to tell from the photograph. 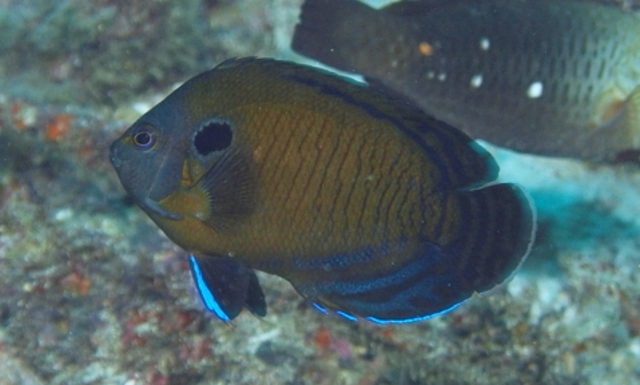 Centropyge multispinis is reputed to be the most abundant of the dwarf angelfishes in the Indian Ocean, found loitering around shallow rubble and lagoonal habitats. But, since it is almost universally despised among aquarists, it tends to be underrepresented in the aquarium trade, and so we don’t get to see all that many examples of aberrations or hybrids. Perhaps the most interesting thing about this specimen is how much it resembles a couple other distantly related fishes. Centropyge heraldi can also be found showing a similar mix of dark and yellow hues, though most specimens tend more towards the brighter side of the spectrum. And then there’s the enigmatic Reunion Angelfish, which sports a mostly dark body highlighted with golden scales. That fish has only ever once been kept in captivity and is known from just a handful of specimens collected decades ago, so this weird C. multispinis might be the best substitute right now for one of the world’s rarest angelfishes. 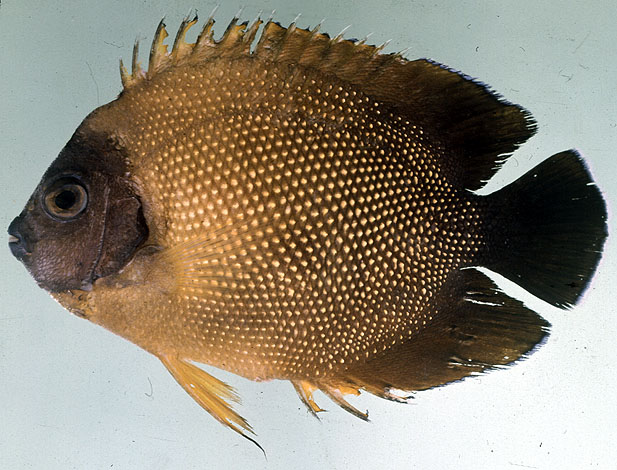