The ocean ecosystems face tremendous pressure from human impact on the planet. The previous four years have been particularly devastating for coral reefs around the Indo-Pacific region. Hundreds of millions of people depend on coral reefs for food, shelter, tourism, and a healthy lifestyle. At this crucial time, the United Nations Ocean Conference held in June 2017, brings political leaders of nations together to address the alarming decline in the health of our oceans.

BioQuest Studios, together with the Tara Expeditions Foundation, prepared a special visual message to be screened at the conference. The message however, is not just for the people who make decisions at the highest levels of governments. We all need to understand how our lifestyles can damage the oceans and how we can avoid this by making simple decisions to alter our habits, politics, culture and the way we treat our planet.

As the filmmaking team on board the Tara Pacific expedition, we had the chance to witness and document the consequences of unsustainable living and climate change across vast areas of the Pacific Ocean. Sadly, even the most isolated reefs Tara has visited during the 2016 leg were in severe decline.

Most areas visited were significantly affected by coral bleaching. To document the process of bleaching, we had to devise a graphic method to depict the complex lifeform that builds the reefs – the coral. Coral, along with its microscopic symbionts, is an animal that lives in a world beyond our ordinary perception. Human vision is not tuned to see this world. We cannot appreciate it under its ambient light spectrum, focus on its microscopic polyps or visualise its behaviour due to the slow pace of its existence.

BioQuest Studios turned to digital imaging techniques used in science to reveal the hidden beauty of this magnificent animal. The supermacro images are the highlight of over two years work by our team. Focus stacked time lapses went through hundreds of hours of computer processing to extend the depth of field, even more hours of deconvolution algorithms to extract the minute details from the sensor data, and they originated from over half a million high-resolution still images taken in our purpose built studios.

The colours featured in the video are not enhanced in any way. Coral pigmentation is fluorescent and therefore its appearance depends on the light spectrum the animal is immersed in. All images were captured simulating the ambient underwater spectra that would exist where the animal lives. Consequently, the colours are real!

Digital imaging allows us to connect with the creatures that form coral reefs. Up close, corals may look alien to us, and their environment is not one we can experience without the use of man-made devices. Ultimately however, we share many similar biological features with them, as we do with all animals on the planet. A degree of difference in the temperature of the ocean does not sound like an extreme environmental shift , however how does an extra degree of temperature during a fever make us feel? Corals are vulnerable to changes in ocean temperatures. They become stressed, sick and die if their environment is not in balance. Our health too relies on the health of the ocean.

Tragically we are currently witnessing a planet-scale ecosystem collapse. On our watch, thousands of square miles of coral reef is turning into rubble and lifeless deserts. Surely this must be acknowledged as a blaring and urgent ecological alarm bell. Mass coral bleaching events are a sign for the long-needed change to live sustainably, vote wisely, and dramatically cut-down on carbon emissions and meat consumption. We must become aware of our actions, learn from our mistakes and make the wisest of choices for the health of our planet.

Enjoy the video at 2560×1440 px (2k) resolution on a large screen. Original images were acquired and processed at 4k and larger formats.

More about the Ocean Conference where we had the premiere:
oceanconference.un.org/ 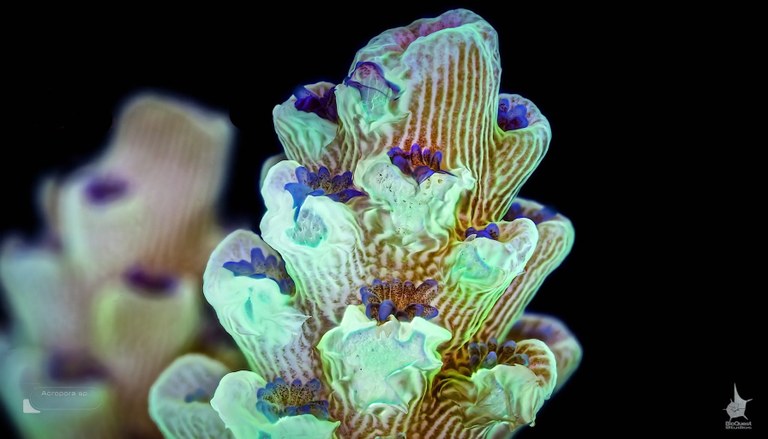