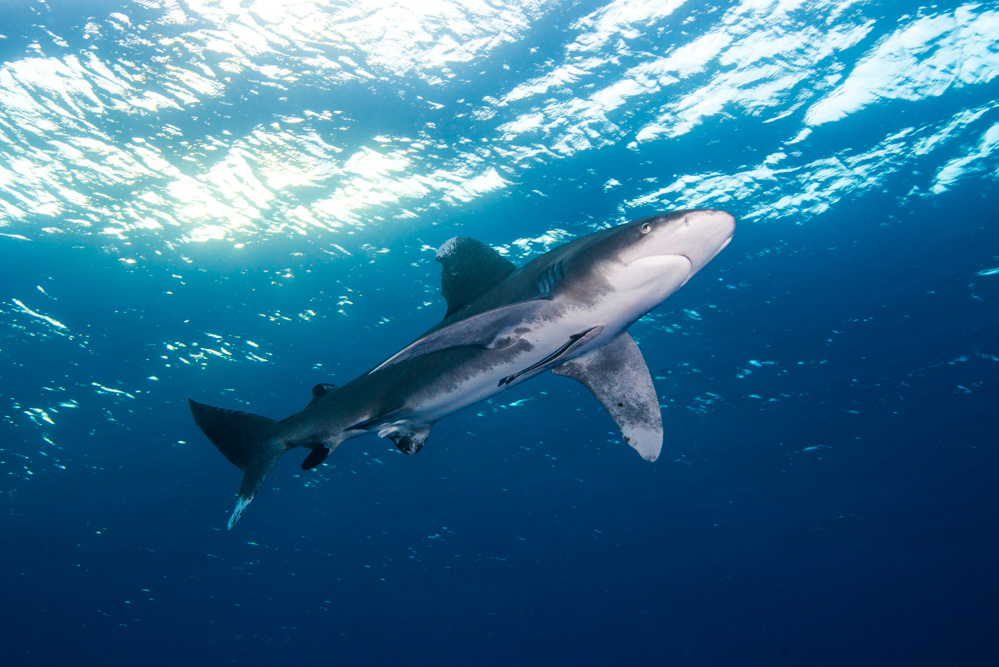 Photographing sharks is just about my favorite thing to do; there is nothing that focuses my mind on the moment more than being in the water with these supreme predators.  I won’t belabour the point that sharks are not the mindless predators the media portrays them to be, and that we’re pushing most of them to extinction- I’m sure you already know that. Anyway, here are four of my favorite shark species and a little more about them.My first fish is one of the largest (in fact the second largest fish) and one of the most harmless animals in the ocean: the filter-feeding Basking Shark.  I met this six meter fish in the cold and plankton-rich waters off Scotland’s west coast. 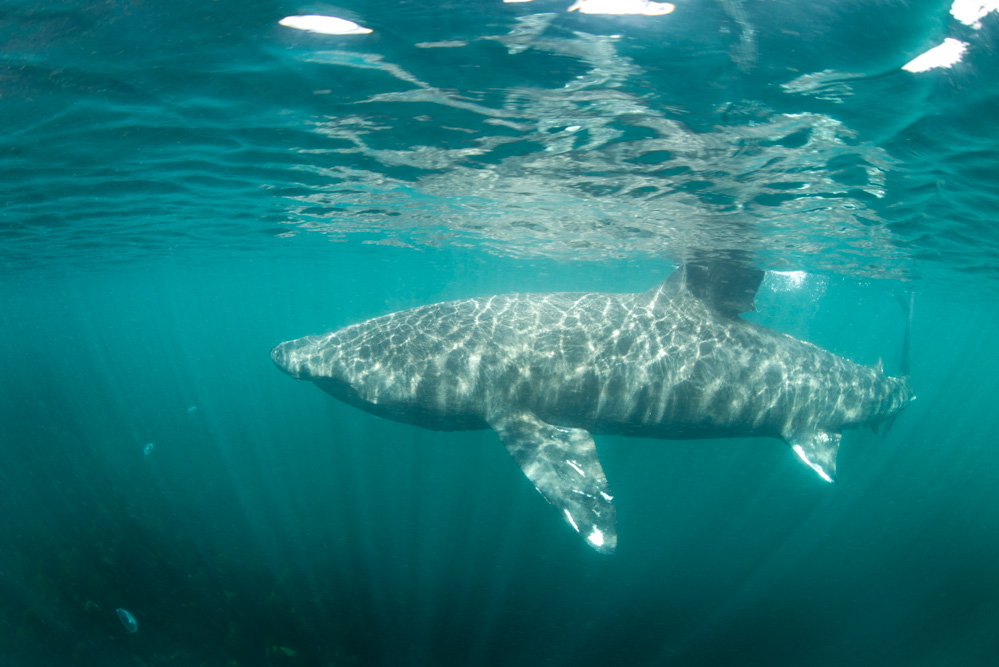 These fish arrive in UK waters in spring and head north with the plankton bloom.  They spend a lot of time at the surface where wave action concentrates their food.  They are entirely peaceable and will swim very close to snorkelers and boats which they seem to ignore.  Seeing one approaching from the gloom, mouth agape, is quite a sight. 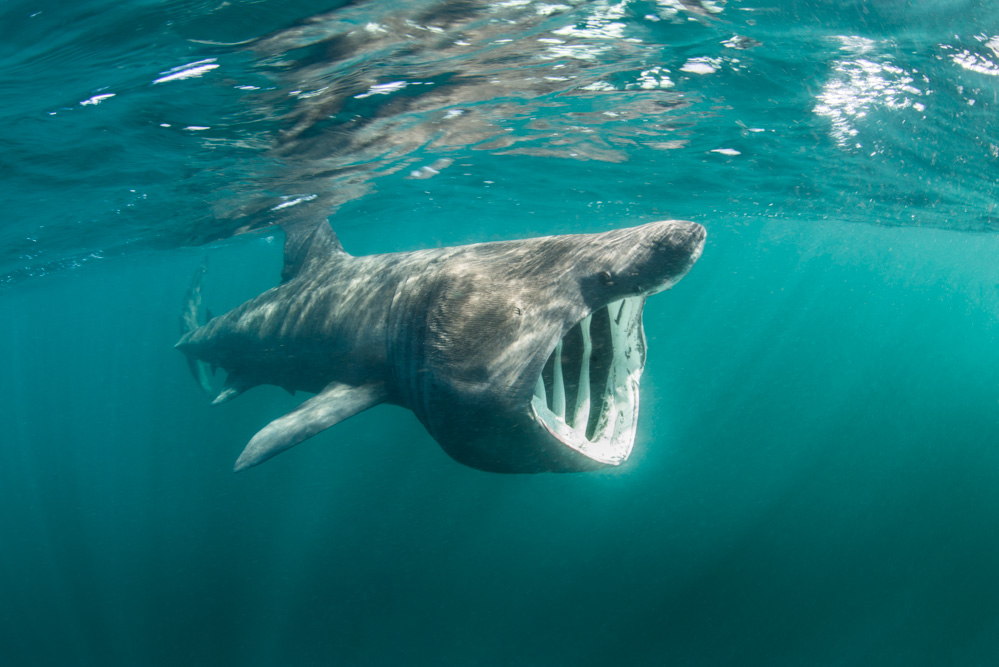 My second shark is a very helpful species that is often found resting up on the reef during the day, helping me get shots of them.  Despite the mythos around them, most sharks actively avoid human contact, so finding fish that are relatively easy to approach and entirely harmless is very helpful.  I didn’t realize how close I was to this Tawny Nurse Shark until the shoal of glassfish parted and I think we were both surprised to be staring at each other. 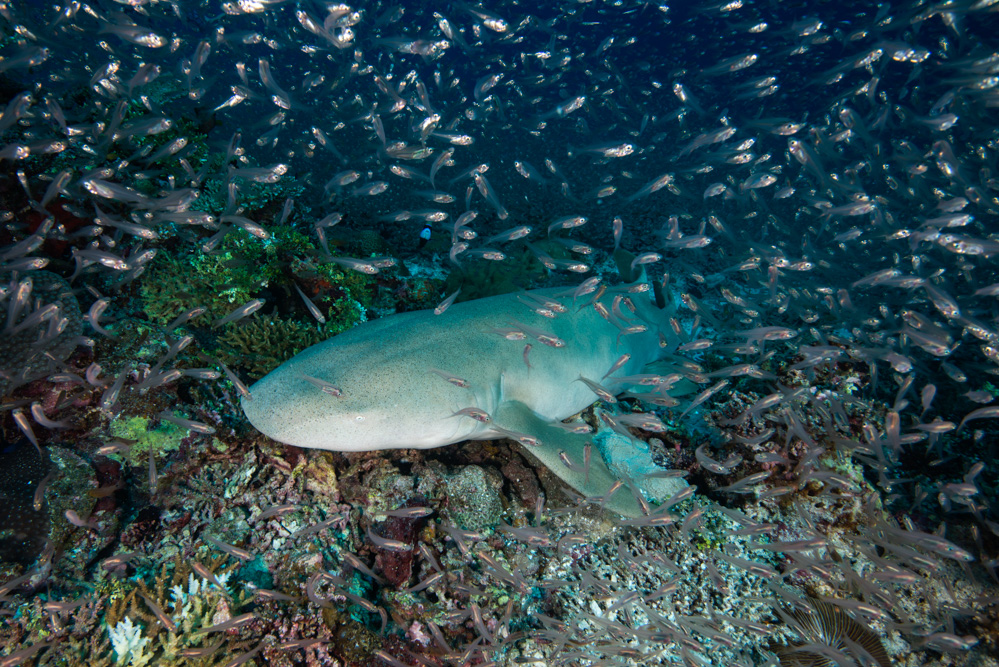 My next fish is probably one of the most beautiful of all sharks, the Thresher.  This Pelagic Thresher is about three meters long including that astounding tail.  I met this fish on a very deep dive in the Red Sea. 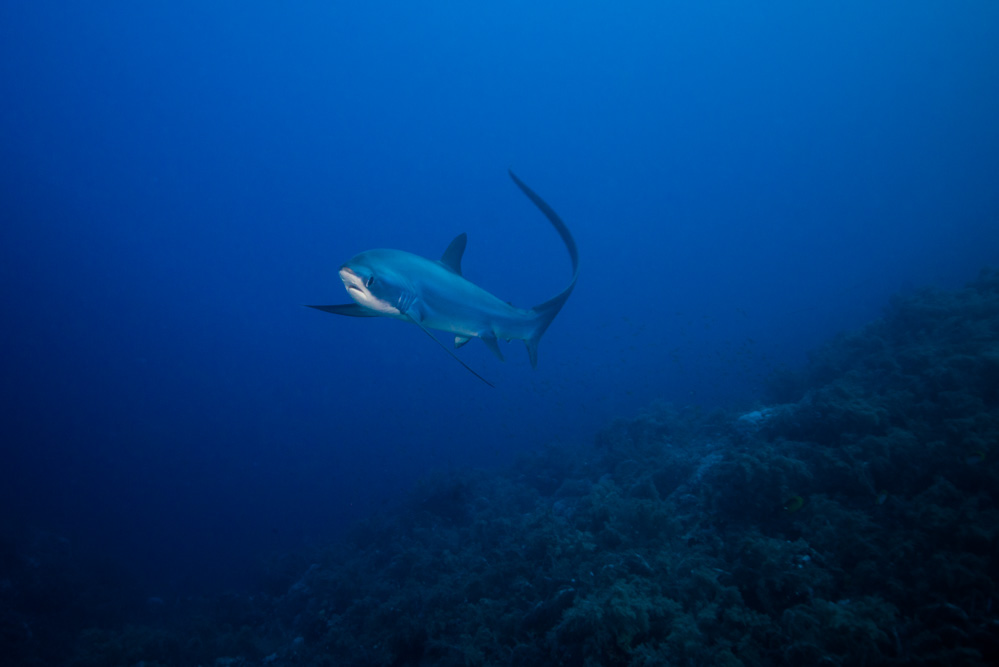 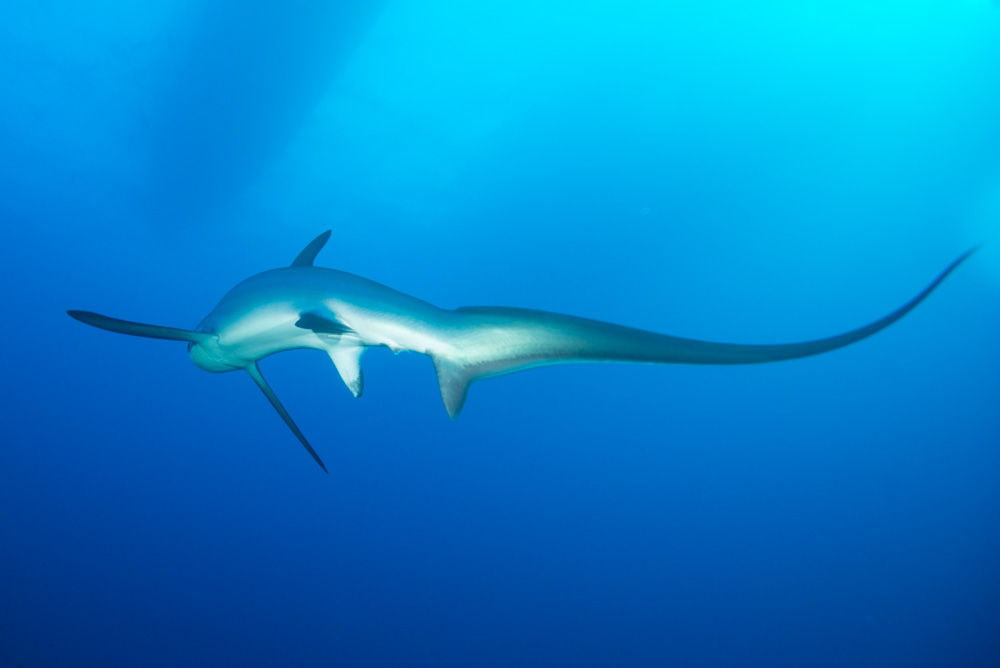 That tail is used as a whip.  The fish swims at speed towards prey, comes to a rapid stop by using its large pectorals, and allows the tail to keep on moving over its head to create a shock wave which stuns prey fish.  Quite an astounding animal.

Last is a shark I have the most experience with and one which requires a good deal of respect: The Oceanic White Tip.  Once the world’s most numerous and wide spread predator, this is a fish of the surface waters where it takes carrion and dying animals, the reason why snorkelling with them is risky at best.  They are curious fish and will approach boats and divers.  I’ve been ‘bumped’ by one when it used its chemosensory organs around its mouth to try to work out what I was, resulting in the following photo. 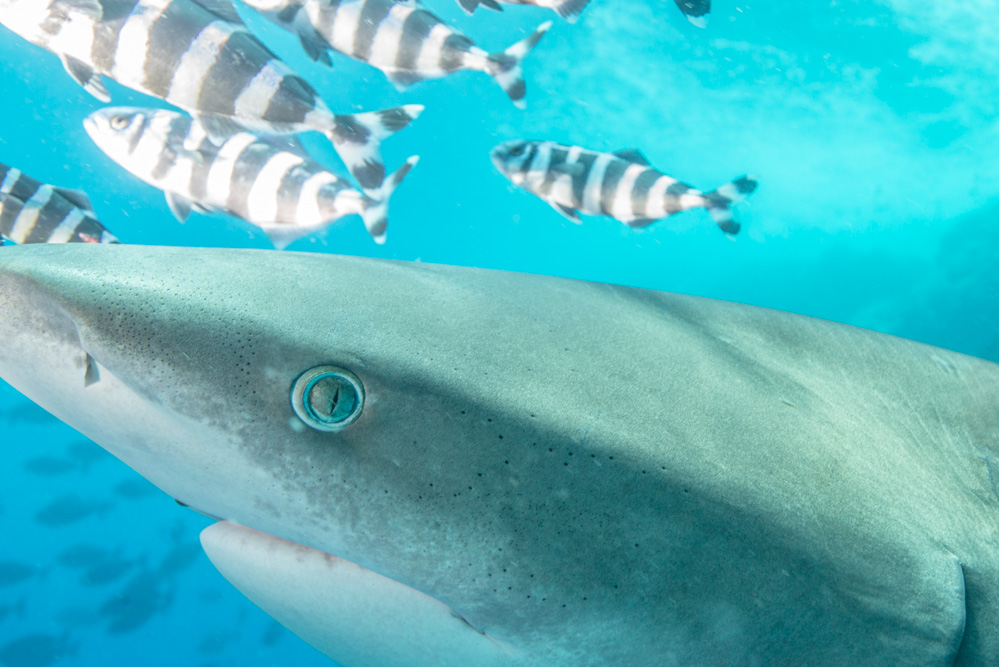 Being in the water with Oceanics is not 100% risk free. A fish was videoed biting a diver earlier this year, such incidents are aberrations and their cause is contested with bad diving practices and other factors, such as dive boats dumping organic waster into the water, causing unusual behaviour in the sharks, being blamed. 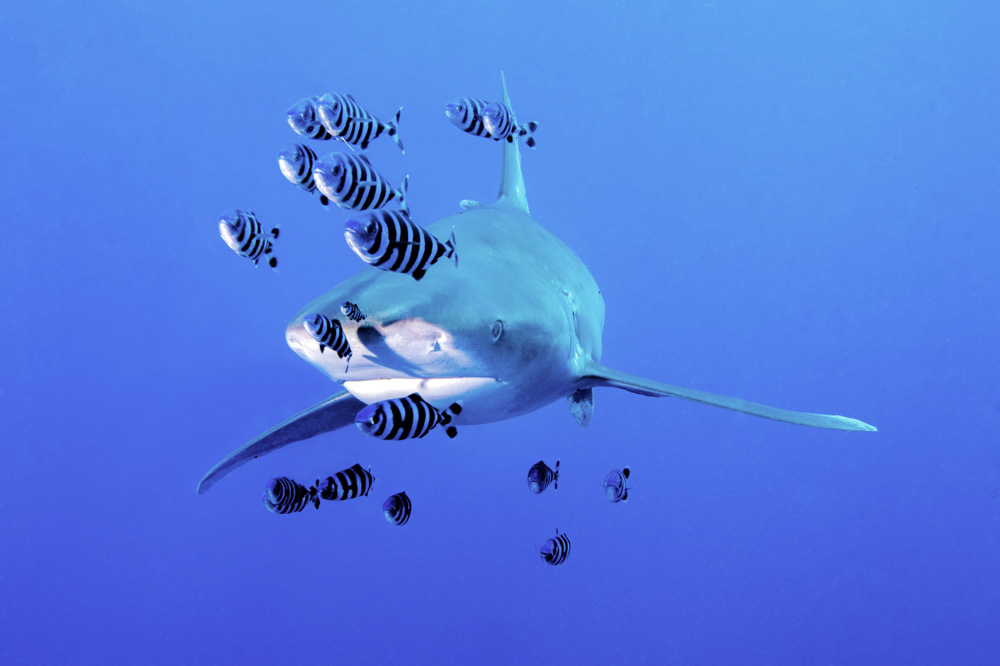 Personally, I’ll take the risk.  There’s nothing like sharks and as we continue to push them to extinction such encounters are increasingly precious.