‘Mythical’ Sea Blob Finally Spotted a Century After Its Discovery 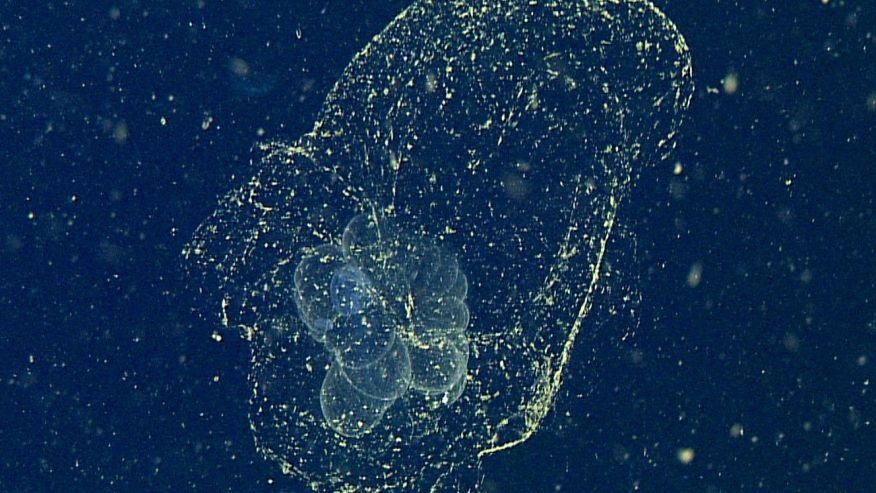 A giant larvacean, Bathochordaeus charon, surrounded by its inner “house” (the rounded globular object in the middle of the photo) and its outer “house” (the large yellowish mucus net) Credit: (c) 2013 MBARI

A mysterious sea blob that looks like a psychedelic Slinky has finally been photographed, more than a century after it was first described. The translucent, sea-dwelling invertebrate, called Bathochordaeus charon, was identified recently off the coast of Monterey, California, by scientists using a remotely operated vehicle (ROV). Though B. charon was first discovered a century ago, no one had managed to confirm its existence in all those years, Rob Sherlock, a scientist at the Monterey Bay Aquarium Research Institute who found the creature, told Live Science in an email.  MORE