NASA is launching a new three year field expedition which will study the world’s coral reefs with advanced technology and in greater detail than ever before. Coral Reef Airborne Laboratory (CORAL) researchers will be taking both aerial and up-close underwater measurements to access the health of the coral reefs. The current research for the health of the worlds coral reefs comes from just a few samples of coral reefs that were measured on dive trips. There has been no global measurement that can attest to the health of reefs as a whole. NASA is trying to change that. 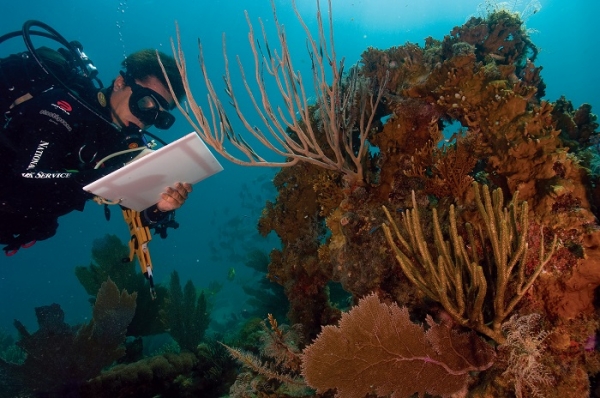 “Right now, the state of the art for collecting coral reef data is scuba diving with a tape measure,” Eric Hochberg, CORAL principal investigator and scientist at the Bermuda Institute of Ocean Sciences, St. George’s, explained in the release. “It’s analogous to looking at a few trees and then trying to say what the forest is doing.” The CORAL expedition will use an ‘airborne instrument’ called the Portable Remote Imaging Spectrometer (PRISM) which will be able to survey the condition of entire reef systems in Florida, Hawaii, Palau, the Mariana Islands and Australia. In-water measurements will also be performed to validate the findings of the airborne studies. “Now, estimates of global reef status are synthesized from local surveys with disparate aims, methods and quality,” Gierach said in the release. “With CORAL, we will provide not only the most extensive picture to date of the condition of a large portion of the world’s coral reefs, but a uniform dataset, as well.” MORE