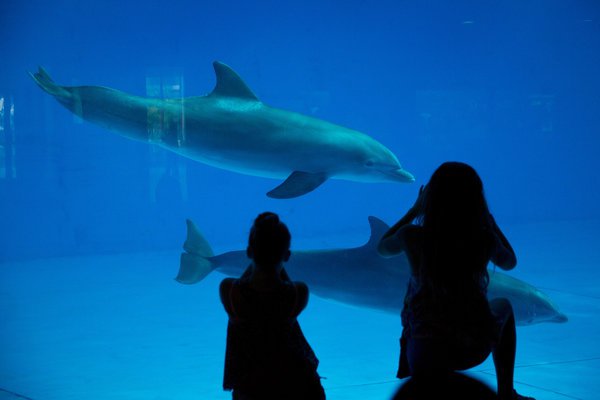 Aquariums and the public are constantly changing with the times. While dolphins and whales were a must see in aquariums fifty years ago, what people want to see from a public aquarium is not the same as it once was.There is lots of controversy over keeping marine mammals in captivity, especially highly intelligent species like dolphins. The National Aquarium in Baltimore has just announced that it will be creating a dolphin sanctuary for the aquariums eight Atlantic Bottlenose dolphin residents, and will no longer house dolphins at its aquarium. This sanctuary will be the nations first dolphin reservation and the aquarium expects the project to be complete by 2020. As of 2012, the aquarium had replaced its choreographed dolphin shows with all day viewing of the dolphins interacting with each other and trainers. With recent protests from activists and the aquariums commitment to research and conservation, the decision has been made to move the resident dolphins to an ocean sanctuary. The aquarium has not yet determined a location for the sanctuary, but the Caribbean and Florida are being considered. The dolphins will remain in human care at the sanctuary, as only one of the dolphins ever lived in the ocean, but the dolphins will have a more natural and stimulating environment. Until the move is complete, visitors will be able to observe the dolphins as they get ready for their move to the sanctuary. MORE