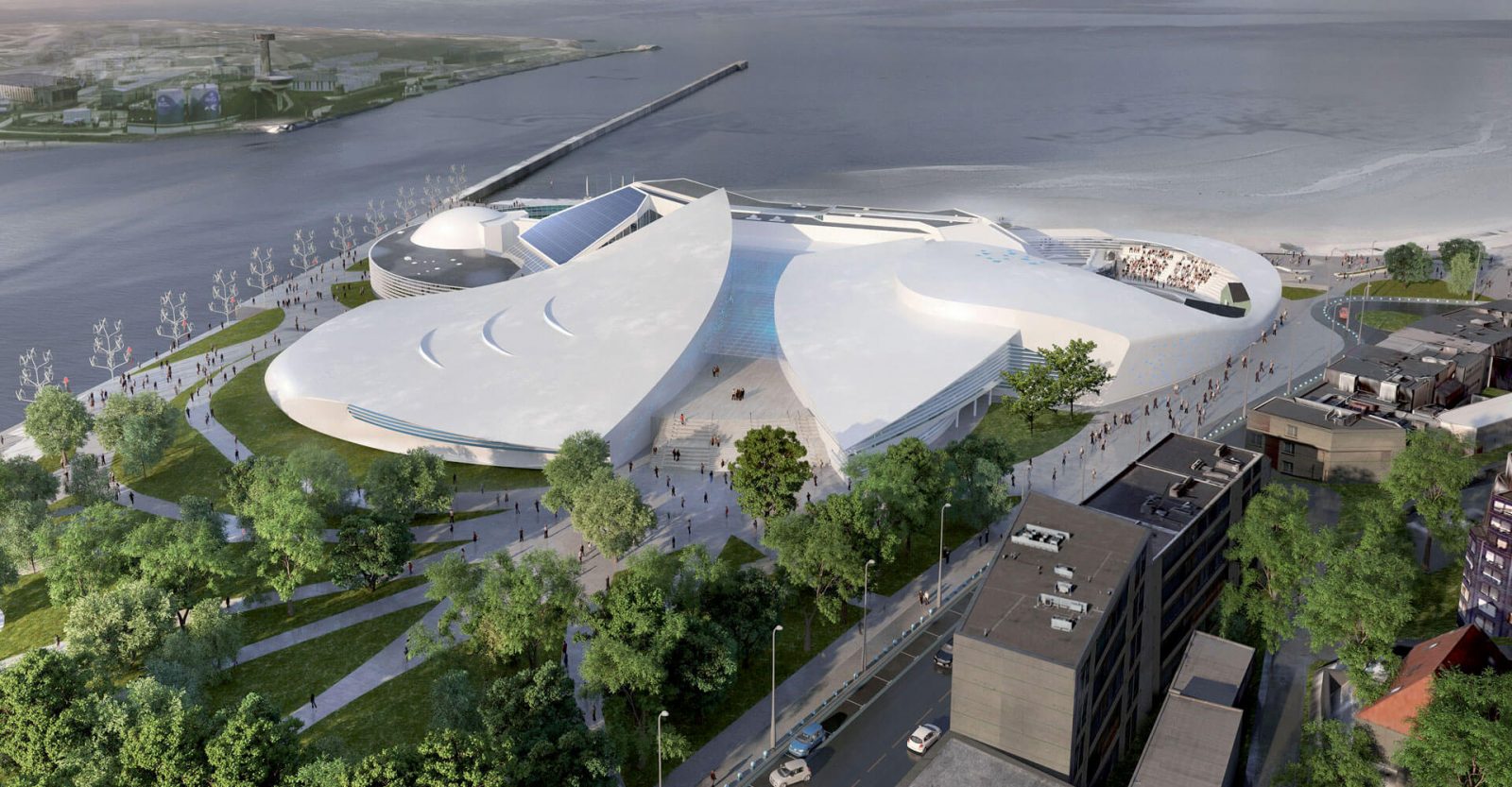 Nausicaa, the public aquarium located in Boulogne-sur-Mer, France, has just opened its much-anticipated expansion, which features the largest open-to-the-public tank in Europe, and the fourth largest in the world!

Named for the heroine who cared for the shipwrecked Ulysses in Homer’s Odyssey, NAUSICAÁ is an educational and research facility, breeding center, and rescue hospital for sick and injured animals. The aquarium is focused on the fragility of the sea under pressure from human pollution and over-fishing, and the new exhibition hopes to increase awareness of the ocean’s plight.

The new building resembles the shape of a Manta Ray, and the aquarium inside holds a staggering 10,000 m3 (2,641,721 gallons) of water (to give an idea of the scale, that is the equivalent of 4 Olympic pools).

The tank is 60 meters long, 30 m wide, and 8 m deep, and has a 20-meter-long viewing window to allow visitors to take in the dramatic underwater scenes. In addition, an 18-meter-long transparent tunnel offers a totally immersive experience with panoramic viewing angles. Sharks, manta rays, and shoals of other fish populate the ecosystem; with almost 60,000 creatures in the community, the new tank will be home to approximately 22,000 different marine species, including hammerhead sharks and eagle rays.

All lights for the exhibit are supplied by Orphek – 38 brand new Orphek Amazonas 500 super LED lights illuminate this massive exhibit. These 500 Watt Public Aquarium LEDs light up to 72,000 lumens, and were designed as a direct replacement for metal halide systems 1,000 Watts and over.

The entire project took 2 years and 70 million Euros to complete.

For more information on this and other projects by Orphek, please visit the company’s website, HERE