New Dual Pump Controller on the Way from Jebao 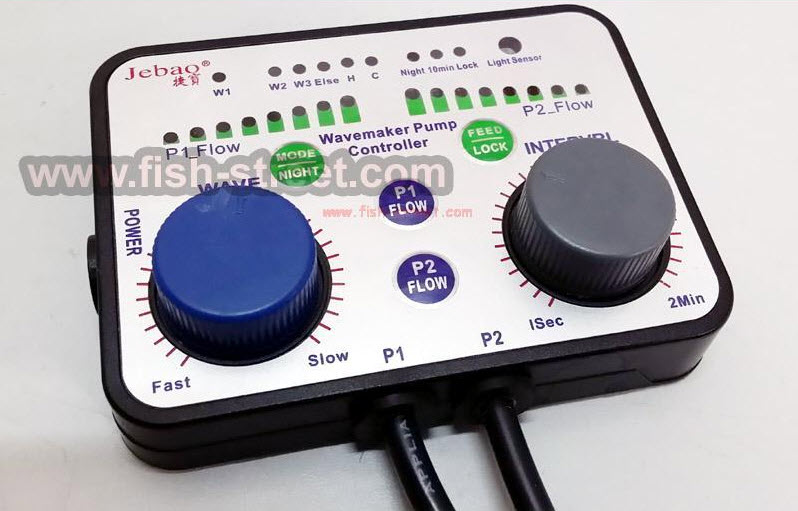 Announced earlier this week, Jebao has released a brand new Twins Controller for the unusually popular Jebao WP Series and FS Type next generation pumps. After sorting through the poorly written announcement, here are the details of the controller that we were able to come up with. The new Twins Controller, which was designed by Fish-Street engineers, provides more flow patterns and a higher output than its predecessor while using up one less power outlet and controller port. Where the old controller had three preset flow rate settings (50, 75 and 100%), this new controller has a range of 30-100% with far more steps in between. In terms of functions, the Twins Controller also allows for alternating pump mode and a switch mode, which allows one pump to act as a stream and the other as a pulsing wavebox. As far as all of the buttons and indicator LEDs go, Fish-Street provided a pretty thorough breakdown of what each does. And not trying to re-invent the wheel, here is there descriptions: MODE/NIGHT: Press the “MODE” button once to select the function, long press to enter into Night mode. FEED/LOCK: Press the “FEED” button once to get into 10- min feed mode, long press to lock the knob. P1_FLOW: Setting the flow rate of P1 Pump. P2_FLOW: Setting the flow rate of P2 Pump MORE: New Dual Pump Controller on the Way from Jebao