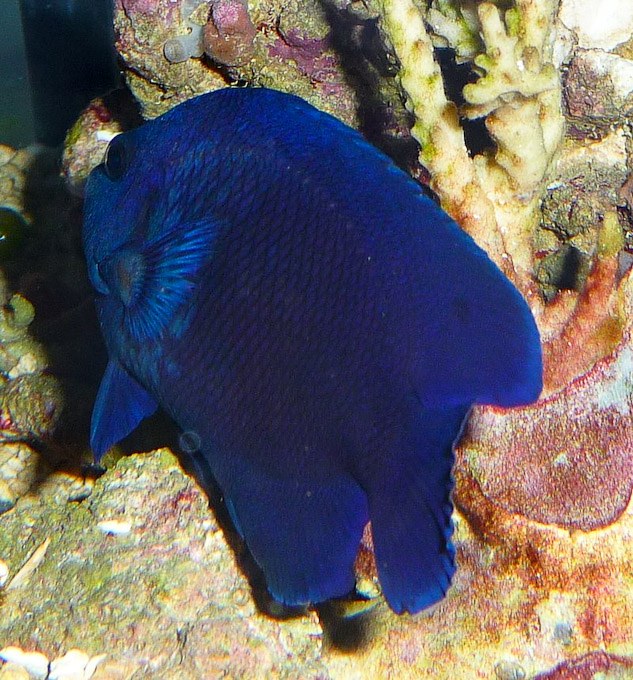 
Centropyge deborai will be named after Walt Smith’s wife, Deborah.  Walt Smith is a familiar name for reefkeepers, having provided the aquarium industry with livestock (and live rock) collected from his operations in Fiji and Tonga since 1973.

The formal common name for this species is “Blue Velvet Angelfish,” although I suspect “Fiji Blue Midnight Angelfish” may also become synonymous with this species because of Reefbuilder’s attribution.