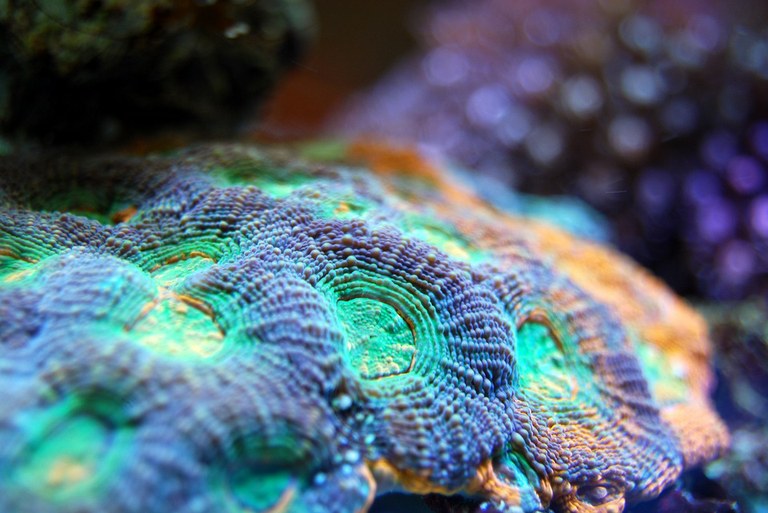 Omega-3s made by many marine animals, including corals, worms and molluscs

A major discovery that could “revolutionise” the understanding of omega-3 production in the ocean has been made by an international team of scientists.

Led by the University of Stirling, research has found — for the first time — that omega-3 fatty acids can be created by many invertebrates inhabiting marine ecosystems, including corals, worms and molluscs.

The breakthrough challenges the generally held principle that marine microbes, such as microalgae and bacteria, are responsible for virtually all primary production of omega-3.

Lead scientist Dr Oscar Monroig, of the Institute of Aquaculture, said that the findings strongly suggest that aquatic invertebrates may make “a very significant contribution to global omega-3 production.”

“Our study provides a significant paradigm shift, as it demonstrates that a large variety of invertebrate animals, including corals, rotifers, molluscs, polychaetes and crustaceans, possess enzymes called ‘desaturases’ of a type that enable them to produce omega-3, an ability thought to exist almost exclusively in marine microbes,” Dr Monroig explained.

Dr Kabeya said: “Since invertebrates represent a major component of the biomass in aquatic ecosystems such as coral reefs, abyssal plains and hydrothermal vents, their contribution to the overall omega-3 production is likely to be remarkable.”

The research also involved Stirling’s Professor Douglas Tocher, and members of an international consortium of scientists, including Dr David Ferrier, of the Scottish Oceans Institute at the University of St Andrews; Dr Filipe Castro, of the Interdisciplinary Centre of Marine and Environmental Research (CIIMAR) — University of Porto; the Spanish National Research Council; the Australian Institute of Marine Science; and Deakin University.

Dr Ferrier said: “It was very surprising to us to see just how widespread these genes were, particularly in animals that are so common and abundant in the sea.

“It is also intriguing that these genes seem to be jumping between very different organisms, such as from plants or fungi into an insect and a spring-tail, by a process of horizontal gene transfer. This has been a controversial idea, that genes can move around in this way, but our data looks rather convincing that these genes have done this in at least some of these species.”

Certain omega-3 fatty acids are considered essential for human health, particularly in western countries with high prevalence of cardiovascular and inflammatory diseases for which omega-3 oil supplements are commonly prescribed. Therefore, the new research is not only likely to impact the scientific community, but also the general public and various industries involved in the production of supplements.

“These findings can revolutionise our understanding of omega-3 long-chain polyunsaturated fatty acids production on a global scale,” Dr Monroig added.